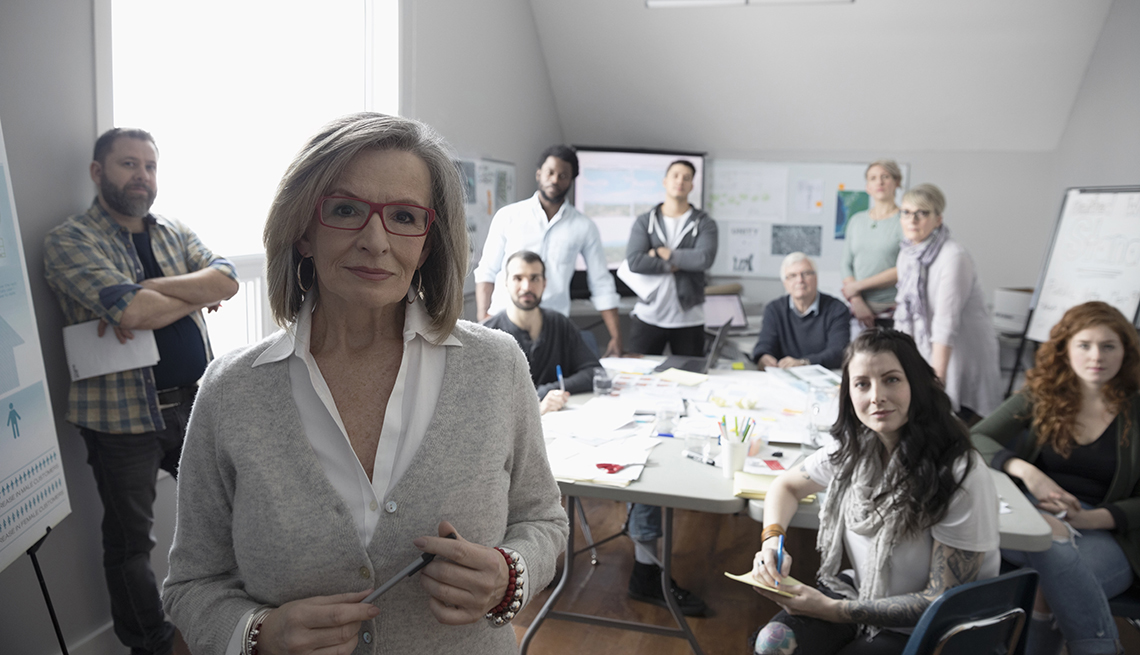 Seven in ten workers say they like working with generations other than their own, and the majority agree that both younger and older workers bring a set of positive benefits that enhance the workplace environment. In particular, workers value the give and take aspect in a multigenerational work environment. For older workers, their younger colleagues offer an opportunity to pass on their skills and knowledge (79%) and for the creativity they bring to the work environment (73%). For younger workers, older colleagues are valued for their skill as teachers (77%), for providing an opportunity to consider a different perspective (76%), and for making the workplace more productive (69%).

Mentorship, the study found, can play a key role in promoting a positive attitude toward an age diverse work environment. About two-thirds of workers have experience with mentorship, either as a mentee (53%) or as a mentor (55%).

If you’re a younger worker, you’re more likely to have been fortunate enough to benefit from a mentoring relationship in the workplace than those 45 and older. Nearly six in ten 18–29 (58%) and 30–44 year-olds (59%) have had mentors, versus just 44 percent of those 60 and older.

The survey also showed that mentorship can enhance recipients’ “soft skills” and career-related knowledge in addition to the actual skills that get a job done. Job skills or training advice topped the list of the most valuable aspects of mentorship (90%), followed by advice on career paths (84%), networking opportunities (83%), new job opportunities (82%), and advice on difficult workplace situations (82%).

Moreover, the mentorship movement shows signs of fueling its own momentum. Those who have been mentored are more likely to become one themselves, suggesting that those who have experienced mentorship see its value and perhaps want to pay it forward. While older adults unsurprisingly are more likely to have been a mentor than the youngest age group (i.e., those ages 18–29), workers in the 30–44 age range are just as likely as older workers to say they have been a mentor.

Importantly, experience with mentorship informs the value that workers see in having a multigenerational workforce. Those with mentorship experience are significantly more likely to see the positive benefits that both younger and older coworkers bring to their jobs than those who have never had or been a mentor. For example, they are more likely than those without mentorship experience to believe younger workers are creative (84% vs. 69%), can teach them new skills (82% vs. 57%), and make them consider new perspectives (80% vs. 59%). Likewise, they are more likely to believe older workers make the workplace more productive (83% vs. 65%), can teach them new skills (82% vs. 63%), and make the work environment more fun (76% vs. 56%).

More Research on Work and Jobs A Business Case for Workers Age 50+: A Look at the Value of Experience