Two young men stare out at me from a small old photograph. On the back, in my grandmother's handwriting, is written "Grandpa King's brothers."

At least I've got some information to work with, but I'm eager to learn more: When was the picture taken? Where? Which two of my great-grandfather's brothers are these? Michael and Peter? Peter and Timothy? Michael and Timothy? Time to log on to the computer! 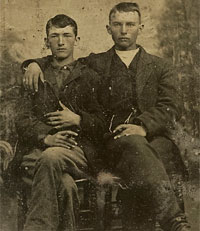 This photo of the King brothers is a tintype probably taken circa 1870.

You may not think to look on the Internet for help in dating old photographs, but actually it's the best place to go. A variety of websites offer tips and tools, and they have the great advantage of being able to provide visual aids.

To learn more about my mystery photo, I checked examples of photos in the collections of Andrew J. Morris and Robert Vaughn. Both websites detail the history of photography, including samples of various types of photography, such as daguerreotype, cabinet card and tintype. Another extensive online resource is the Library of Congress. Enter a photo type into its search engine and you will see many examples that may turn out to be similar to the photograph you are researching.

Based on its size and composition, I confirmed that my picture was a tintype, a photographic technique that came into use in the mid-1850s and lasted until the turn of the century.

Knowing the type of photo can still leave a large time period, but if you know the subject of the photo, your genealogical research should be able to help you narrow that. When was the subject born? Did he live in a city or a small town? What work did he do?

I now turn to fashion to see if what these men are wearing can help me narrow the date range of the photo. Close examination of sleeves and collars can provide valuable information. Other things to look for on women are the presence and size of a bustle and the fullness of the skirt. For men, look at vests, neckties, the fit of a jacket (loose or fitted) and how it is buttoned. 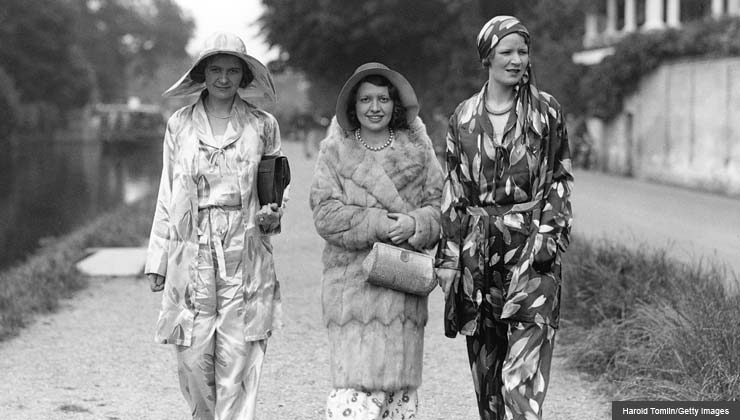 By examining the style of fashion worn by the subjects in an old photograph, it is possible to deduce the approximate date it was taken.

Since I'm no fashionista, I turned to websites such as Family Chronicle, which also has published two books on dating photos, for help in matching styles with a particular era. Consulting experts such as Maureen Taylor, whose website includes a blog and provides teleseminars, are also a good resource.

In my photo, both men are wearing loose-fitting jackets with wide lapels. The elder man is wearing a collarless shirt — too bad, because it's easier to date men's collars and neckties. The younger man is not wearing a necktie, but his shirt has a pointed, flat collar. The jackets seem to indicate a photo taken in the 1870s, but I'm still not certain.

This is the time to turn to common sense. I knew from my earlier research that all three of my great-grandfather's brothers eventually wound up farming in Kansas, after stops in Washington, D.C., and St. Louis. The tintype was taken in front of a painted background — hardly unusual for tintypes, but more likely found in St. Louis than a small town in Kansas that wasn't organized until 1871. In the early 1870s, Michael would have been in his twenties and Peter in his teens and both were living in St. Louis. Timothy would have been too young to be either brother.

Therefore the photo is more than likely Michael and Peter, perhaps taken before Peter left for Kansas to live with relatives, leaving Michael behind. Sometimes a good guess is as close as you'll get to the answers.

There were several photo techniques used in the mid- and late-1800s, some of the most common include:

Daguerreotypes
This first successful photo process is attributed to Louis Daguerre. The image is on a silver clad copper sheet which was then sealed inside a wooden case or a frame under glass to protect it.

Tintypes
This inexpensive photo process was similar to the Ambrotype, but instead of using a glass plate, the tintype image was processed on  a thin sheet of blackened iron – not tin. The name might come from the fact that tin shears were used to cut the iron plate.

Cabinet Cards
The larger version of the carte-de-visite, these images were mounted on heavy card stock to keep the photos from curling. These photographs were frequently displayed in cabinets or bookcases, hence the name.