If your family was living in the United States in the 1860s, chances are good that you're related to someone who served in the Civil War.

Perhaps your great- or great-great-grandfather was among the 2.1 million men mustered in the Union Army or the 800,000 to 900,000 men who were on the Confederate side. Or maybe a great-aunt served as a scout, nurse or spy. She may even have been among the several hundred females who, disguised as men, actually fought on the ground. 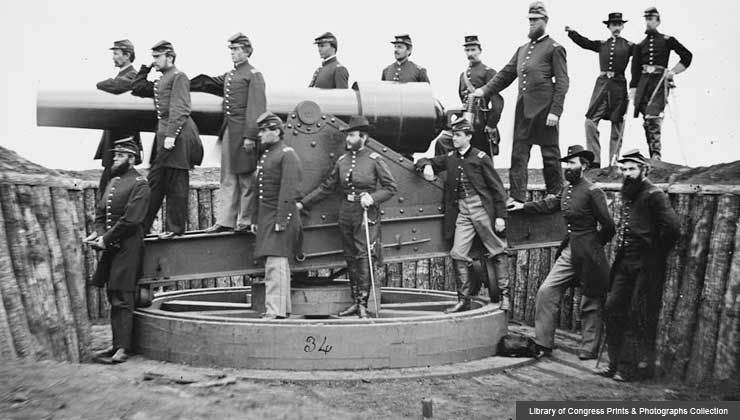 The Civil War touched the life of every citizen. The Union enlisted nearly 180,000 black soldiers. African Americans also served with Confederate forces as laborers and servants — and a handful even served as soldiers at the end of the war. Native Americans were involved in the western theater for the Union and defended Southern lands with the Confederacy.

If you're interested in learning about ancestors who served in the Civil War, you have plenty of ways to find out. Here are some resources to help you get started:

Although regiments are not specified, federal and state census records may verify your ancestor's Civil War service. The 1910 and 1930 U.S. Federal censuses indicate if a person was an Army or Navy veteran of Union or Confederate units. Some state census records also note the designation: The 1894 Michigan census, for example, includes a notation for "US or Conf" veterans and their widows.

You can also check the 1890 Veterans Census. This "Special Schedule" listed Union veterans and their widows. Enlistment and discharge information on soldiers, sailors, and Marines are provided.

Census records may be accessed free of charge at FamilySearch.org.

Even if census records can't verify your ancestor as a Civil War soldier, Provost Marshal Records, held by regional National Archives and Records Administration (NARA) branches, may assist with your search. These War Department records, created to identify men eligible to serve in the war effort, were used to enroll men for the draft, enlist volunteers and to arrest deserters based on physical descriptions recorded in the files. If your able-bodied ancestor did not serve, the reason he was not required to do so may be noted.

Records of 27 states and seven territories are available for research. Five Confederate states did not participate, but these records should not be mistaken as Union only. The Southern states of Kentucky, Tennessee and Arkansas generated Provost Marshal files. For information about accessing these records, visit Archives.gov/research.

Not everyone enlisted in his residing state. But without knowing what regiment your ancestor served in, you won't be able to check muster-in rolls or pension files. The National Parks Service Civil War Soldiers & Sailors System (CWSS), a work in progress, can help you. This database links soldiers' names to regiments and battles for Union and Confederate units. Visit ITD.NPS.gov/cwss.

Did you know more soldiers died of disease than from battle?

Although many "free-coloreds" assisted in war efforts from the onset, the Union Army began recruiting slaves in August 1862, with the promise that they, and their families, would be declared free. Paid less than white soldiers, and armed with inferior weapons, about 170 United States Colored Troops (USCT) fought to emancipate the 4 million slaves. Nearly 40,000 black soldiers died in battles or of diseases. For more information, read the "Black Men in Navy Blue During the Civil War" article at Archives.gov/publications/prologue.

Enlistment, muster rolls and service records of the USCT soldiers and sailors may be found at NARA, D.C.  About 18,000 African American sailors who served with the Union Navy are included in the CWSS.

Many Confederate records have been destroyed, but reconstructing a soldier's military history is possible. The best place to research Confederate soldiers is at the various state archives and historical societies. These organizations keep state volunteer militia, regiments and Confederate pension records. Be sure to also visit local war museums and Confederate cemeteries. Visit Archives.gov/research/military/civil-war/civil-war-genealogy-resources.

NARA has Compiled Military Service Record  (CMSR) and pension files for each Union volunteer soldier and some Confederate enlisted men and officers. Your ancestor's military career, physical description, occupation and other genealogical treasures may be found, but you must know the soldier's unit and allegiance (Union or Confederate).

Kathleen Brandt is a professional genealogist and the author of a3Genealogy blog.

Civil War records are scattered in federal, state and local repositories. Here are five suggestions to begin your search:

4. Lineage Societies Searchable Records: For a list of Confederate and Union veteran lineage societies, visit the Sons of the Union Veterans of the Civil War and Cyndi's List.

5. Pension Records: For digitized records, visit your public library or subscription based websites Archives.com and Footnote.com.