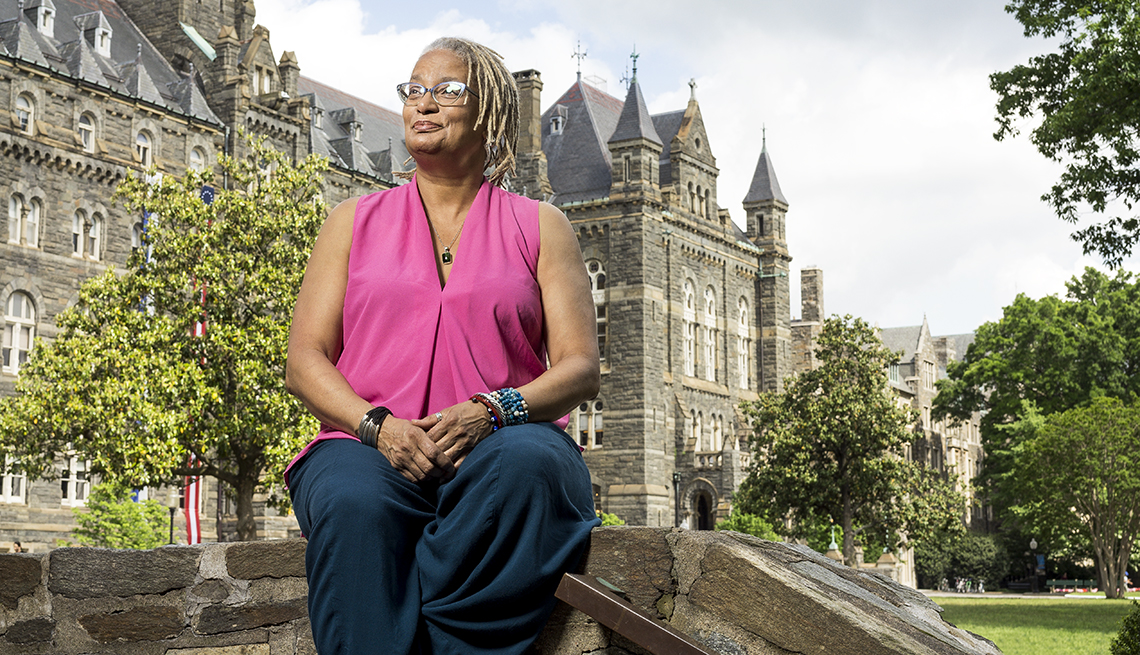 Mélisande Short-Colomb will graduate from Georgetown University in 2021.

Before I decided to apply to college, I thought long and hard. I was already a fully actualized adult. I had a career as a chef and caterer. I had four grown children. But I was physically worn out by my work, and I was thinking, What are you going to do with the rest of your life?

I’d lost my home on the Mississippi Gulf Coast during Hurricane Katrina, and since then I’d been sort of like the Flying Dutchman. I’d gone to Austin, Texas, for nine months, lived in West Africa for a year, moved back to Austin, then to New Orleans, then worked at a resort on the island of St. Croix.

My grandmother had always told me that our ancestors had been important, free people in Maryland. My first ancestor of record arrived in the colony in 1715 as a free woman, but she was put into indentured servitude to the Jesuits, the same order that later founded Georgetown University, in what would become Washington. Although the terms of her indenture were met, she was kept enslaved, as were her children and grandchildren. Her grandson sued for their freedom. Some of them were freed but not all of them. And so in 1838, members of my family were among the 272 people whom the Jesuits sold south to Louisiana to keep Georgetown afloat.

A couple of years ago, the university decided to offer legacy status to any descendant of the people sold. That’s the same status given to the children of alumni — it’s not a guarantee of admission, but if you meet the standards otherwise, it’s a leg up. When I heard about the offer, I thought, Well, that’s me.

I did feel trepidation because of my age. And it’s true that the first semester was hard. Nobody told me that there were hills! I can’t leave in the morning with everything I need, because I’d require an ambulance to get back to my dorm room. I get along with the other students — I don’t even bring wine into my room because I’m following the rules — but the professors and other adults here are my peers. After a year I have a contingent of adult friends, and when I run off campus for adulting weekends, there’s usually wine involved.

I have learned, as I’ve gotten older, that growing as a human being is a lifelong process. Although I haven’t decided on a major, I’m very interested in history. If we are unwilling to face the flaws of our past, how do we embrace a future that is inclusive?

—As told to Leslie Quander Wooldridge

Mélisande Short-Colomb, 64, is a member of Georgetown University's class of 2021.