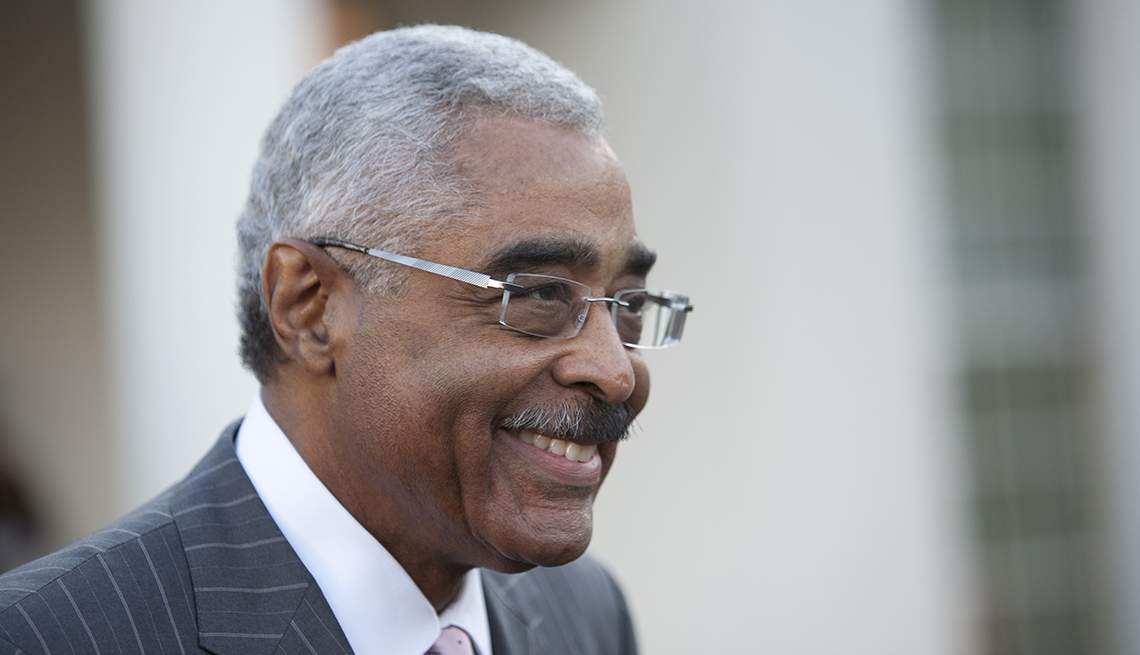 Addison Barry Rand, one of the first African American CEOs of a Fortune 500 company, former CEO of AARP, former chair of the Howard University Board of Trustees, and a champion of social change and inclusion, passed away on Wednesday, Nov. 7, at the age of 74. According to his wife, Donna, he died following a long illness.

Born Nov. 5, 1944, and raised in Washington, D.C., he was the only child of Addison Penrod Rand and Helen Matthews Rand. His father, a postal clerk, and his mother, an elementary school principal, instilled in him at a young age the importance of getting a good education and leading a professional life. He graduated from Archbishop Carroll High School, in Washington, D.C., where he excelled in academics, was voted class president, and served as captain of the baseball, basketball and football teams. He went on to receive a B.S. in marketing from American University (1968), and an M.B.A. (1972) and an M.A. (1973) in management science, both from Stanford University, where he was also a Sloan Fellow. He has received honorary doctorate degrees from six universities.

Rand began his career at Xerox as a sales representative in 1968. From there, he advanced to several senior positions within the company, completing an outstanding 30-year career as executive vice president world wide operations. Under his leadership, Xerox became the most diverse company in the Fortune 500 while also being named America’s best sales force and top training organization in America. And, he was the driving force behind Xerox receiving the prestigious Malcolm Baldrige National Quality Award in 1989 and in 1997.

In 1999, Rand became chairman and chief executive officer of Avis Group Holdings Inc. He transformed Avis from the second-largest car rental company to the world’s leading service and information provider of comprehensive automotive transportation and vehicle management solutions, dramatically increasing the company’s value. His successful transformation of the company led to it being acquired by Cendant Corporation in 2001.

In 2003, while serving on the board of Equitant Ltd., an Ireland-based provider of outsourced management services, Rand was asked to become the company’s chairman and chief executive officer. Over the next two years, he expanded Equitant into a global firm and negotiated its successful acquisition by IBM in 2005.

"Rand often told the story of how ... his parents and his grandfather, a retired minister, would drill into him that he had an obligation to give back and help others who were not as fortunate."

Rand often told the story of how, as a young man growing up in a segregated Washington, his parents and his grandfather, a retired minister, would drill into him that he had an obligation to give back and help others who were not as fortunate. They would continually ask him, “What is your contribution going to be?”

So, it is no surprise that throughout his life, Rand was recognized as a leader in social change and inclusion, and as a powerful advocate for civil rights in corporate America and social justice for all. As he rose through the ranks during his 31 years at Xerox, he worked diligently to recruit more minorities and women into the company and help them rise to a position of responsibility, where their voices could change policies and help to eliminate those that slow inclusion. As these efforts gained recognition throughout corporate America, he was asked to serve on a committee that would visit other companies explaining how inclusion was possible and beneficial, and sharing best practices. The committee eventually became the Executive Leadership Council, the nation’s preeminent organization that recognizes the strengths, success, contributions and impact of African American corporate business leaders.

In 2009, Rand came out of retirement to lead AARP, the nation’s largest nonprofit, nonpartisan organization dedicated to social change and helping people age 50 and over to improve the quality of their lives. He brought vast leadership and management experience in transforming organizations and expertise and skills in technology, customer relations, marketing and managing people to bear on the opportunities and challenges facing AARP and its 38 million members.

When he arrived in 2009, AARP was in the middle of an intense battle to pass health care reform — a goal AARP has been working toward for more than 50 years. It was also a time of tremendous economic hardship for many AARP members, people 50 and over and the country, and AARP was not immune.

Yet, as AARP faced these immediate challenges, Rand also had the vision to look ahead at the changes that were taking place in society, in the 50-plus population and in the demographics of AARP’s future membership. He saw a world increasingly characterized by constant and dramatic changes in technology; a much larger, more diverse, multicultural 50-plus population that is living longer; and one that is beginning to see their lives as older adults much differently from previous generations — as AARP had been urging them to do for more than two decades.

Rand viewed this as America’s Second Aging Revolution, and he saw opportunities for AARP to play an expanded role as a trusted guide to help people navigate this new, complex world as they grew older. So, he set out to transform AARP to be more agile and adaptable, to embrace the vastly expanding digital communication environment, to improve management and operational processes and to reach out to multicultural communities and increase AARP’s relevance to them as well as to traditional members in the states and communities where they live.

While he spent considerable time and effort changing the culture and operations of AARP, he never lost sight of the fact that it was all for the purpose of serving AARP’s members and their families better. He saw his role at AARP not just as CEO, but also as AARP’s Chief Servant. And just as he had been a strong advocate for the inclusion of more minorities and women in corporate America, he was a strong advocate for AARP’s mission to enhance the quality of life for all people as they age.

Rand also gave back through his service on many nonprofit boards and advisory councils. He served on the Board of Trustees at Howard University from 2001-2014, serving as chairman beginning in 2006. He established the Helen Matthews Rand Endowed Scholarship at the Howard University School of Education named in honor of his late mother, to encourage students to enter teaching careers in urban school areas. He has also served on the boards of the Urban Family Institute, the Congressional Black Caucus Foundation and the Garth Fagan Dance Theatre, the Board of Overseers for the Rochester Philharmonic Orchestra, and the Advisory Council for the Stanford University Graduate School of Business.

Rand received numerous honors and awards throughout his career. Among them, he was inducted into the National Sales Hall of Fame (winning the Thomas J. Watson Award) and was a recipient of the esteemed NAACP Image Award.

When he was not working, Rand loved to travel with his family and take adventurous vacations. He swam with sharks in Bora Bora, rode elephants across Thailand and went on a mission in search of Noah’s Ark in Turkey and Iran.

Often asked what advice he would give to someone who wants to become a CEO, Rand said, “Take risks and never stop learning.”  And, when asked what he would like his epitaph to be, he said, “He stayed in the fight all the way, he kept pushing for social change. He made his contribution his way, and he did it throughout the whole visit here.”

Rand is survived by his wife, Donna, and two children, Christopher and Allison. In lieu of flowers, please send donations online to the A. Barry Rand Fund for Brain Health Research or by mail c/o AARP Foundation, 601 E Street NW, Washington, DC 20049.