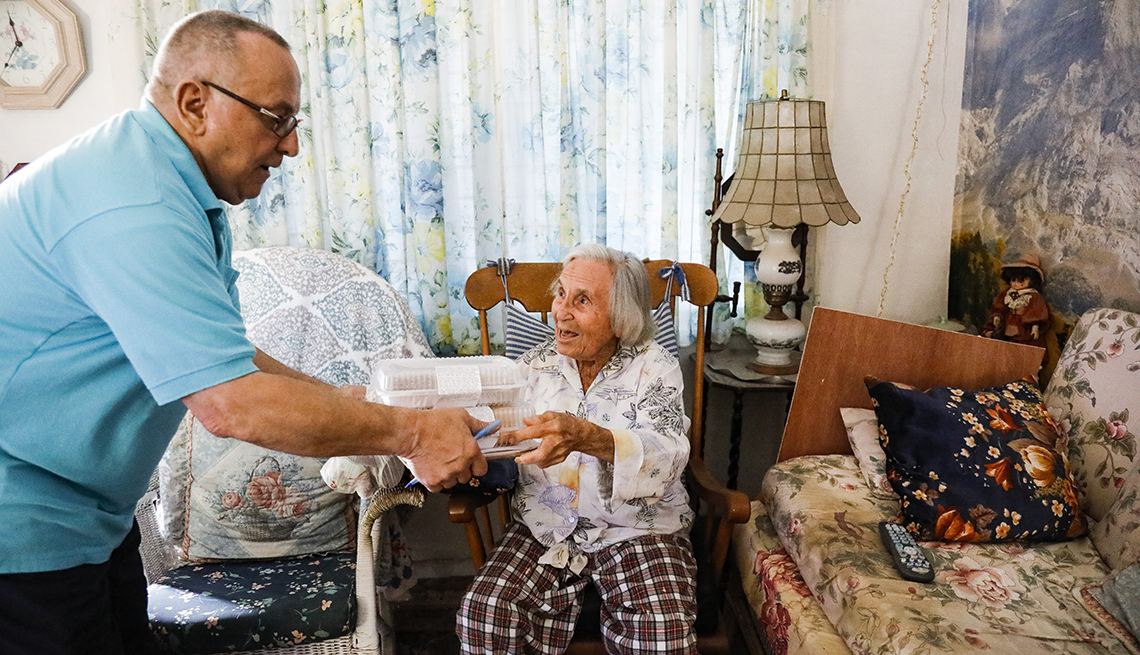 Meals on Wheels is one of the programs directly affected by the Older Americans Act.

En español | The Older Americans Act (OAA) was born in 1965 alongside its more famous siblings, Medicare and Medicaid, as part of a historic effort by lawmakers to take care of those over 65.

The OAA has been a safety net, filling in the gaps left by Social Security and Medicare to help people live independent lives. Its seven primary sections provide for services like home-delivered meals, support for family caregivers, transportation to medical appointments, protection from elder abuse, and job training. This year the OAA gets a turn in the spotlight as Congress does a periodic reauthorization. This is a chance for lawmakers to refine programs for older Americans and to set funding goals.

How does the OAA affect us? Supporters say more money is needed to keep pace with the ballooning 60-plus population. Funding for the act has gone up just 1.1 percent annually, on average, since 2001, to $2.06 billion this year. “The changing demographics of our country are such that we have to devote more resources, become more innovative and pay more attention to issues that affect older Americans,” says Sen. Susan Collins (R-Maine), chairwoman of the Senate Special Committee on Aging.

Here are some ideas being considered.

The last OAA reauthorization took Congress five years. This time, despite the rancorous mood in Washington and a divided government, supporters hope it can pass before the current authority runs out, on Sept. 30. (Even if the authority runs out, Congress can keep paying for the programs.)

Still, just to get OAA funding back to 2010 levels would require a 30 percent increase. Meanwhile, 10,000 people a day turn 65. “Because of those two curves going in opposite directions, area agencies on aging have waiting lists,” Adcock says. If the funding doesn’t grow, the waiting lists will, he adds.