For the 'fierce' Stonewall generation, a new set of needs comes with age 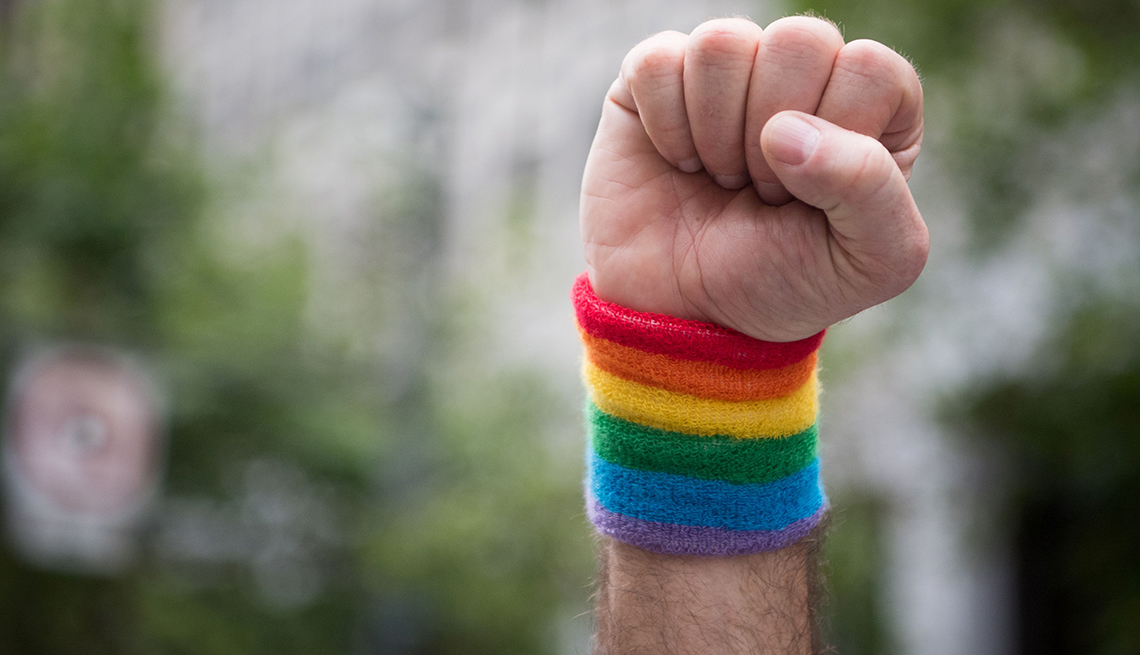 For the estimated 3 million LGBTQ Americans age 50 and older, the past five decades have brought triumphs that were once unimaginable, from the birth of the pride movement to marriage equality.

But now the so-called Stonewall generation — those who came of age around the 1969 uprising that galvanized the modern gay rights movement — faces a new set of challenges when it comes to aging with dignity.

"Older LGBTQ people are two times more likely to be single and three to four times less likely to have kids,” says Lynn Faria, the chief officer for external affairs at SAGE, the country's first and largest advocacy group for older LGBTQ adults.

The organization estimates that the number of LGBTQ adults age 50 and older will reach 7 million by 2030. But a lack of social and familial support means that they are more likely to experience social isolation or struggle to find a caregiver, which can have profound consequences on physical and mental health.

According to AARP's “2018 Maintaining Dignity Survey,” 76 percent of LGBTQ adults age 45 and over worry about having adequate family and social support systems to fall back on as they grow older — and the majority worry about abuse, neglect and harassment in long-term care settings like assisted living or nursing home care.

Faria calls this situation “double jeopardy,” because without strong family and social support networks, older LGBTQ adults are more reliant on outside care providers as they age, but that same system of care is not equipped to meet their needs.

A 2016 report from the organization Justice in Aging, for example, notes that 78 percent of LGBTQ residents in nursing homes, assisted living facilities and long-term care facilities responded “No” or “Not sure” when asked if they felt comfortable being open about their sexual orientation or gender identity to facility staff. 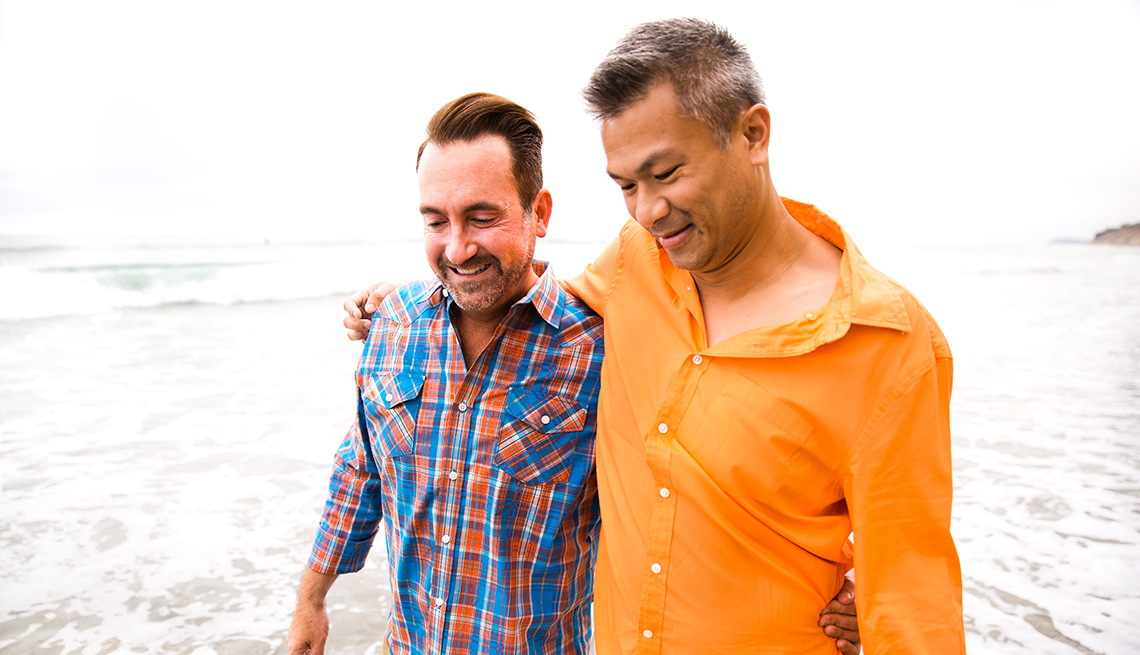 Prepare to Care: A Guide for LGBT Caregivers

Faria also points to Mary Walsh and Bev Nance, a Missouri couple whose housing application at a local senior-living facility was denied because of a cohabitation policy that defined marriage as between one man and one woman. They sued the facility, but their lawsuit was dismissed by a U.S. district judge in January. Advocates like Faria say the couple's case underscores the need for a federal nondiscrimination law that would protect LGBTQ people in housing, employment and other situations.

In the meantime, SAGE and other organizations around the country are working to develop welcoming living communities, which combine affordable housing units with community centers open to the broader public. SAGE is in the process of constructing two such buildings in New York, and a similar project, the Anita May Rosenstein Campus in Los Angeles, is set to be completed in 2020.

In San Francisco, Openhouse has been at the forefront of the push for LGBTQ-affirming housing and community programs since its founding in 1998. The first building in the organization's two-residence campus, which is run in partnership with affordable housing organization Mercy Housing California, opened in 2016, and a second residence is slated to open this fall.

"The idea somehow that discrimination or oppression is over is a false narrative,” says Openhouse Executive Director Karyn Skultety. “Twenty-five percent of the seniors we serve report being harrassed or being victims of violence in the past year."

That's part of what makes Openhouse's community spaces so important. “This project was really envisioned to be a central hub of activities and services,” Skultety says, “not just for the residents but for the 5,000-plus LGBTQ seniors who aren't living here but see it as a community home.”

And when it comes to activities, Openhouse features something for everyone. Visitors can participate in everything from language classes and art groups to lunches that bring together people with a shared identity, like the monthly TransGenerational Luncheon, which is open to transgender, genderqueer and nonbinary people of all ages.

Health care is another realm in which LGBTQ people are more likely to contend with issues of access, says D Magrini, the assistant director of community commitment and training at Whitman-Walker Health, a nonprofit health center in Washington, D.C., that focuses on care for the LGBTQ community and those living with HIV/AIDS. That could be due to past experiences of discrimination or financial instability, since these adults are more likely to be living in poverty than their heterosexual peers.

As part of her job, Magrini trains medical providers and their staff to offer culturally competent care, which, she says, is “care that is aware of, and responsive to, the needs and situations of the populations they serve."

Ideally, Magrini says, cultural competency would be integrated at every stage in the process — from seeing LGBTQ-friendly waiting-room materials, to intake forms that are inclusive of sexual orientation and gender identity, to physicians and care providers who are able to use LGBTQ terminology in a way that is natural, not stilted.

"Often, providers are not aware that they should be aware when their clients are LGBTQ and that this might have implications for health,” she says. And, Magrini stresses, cultural competence is a model that can be used among other marginalized groups — especially important given that older LGBTQ adults themselves have cross-cutting identities that can affect their needs.

AARP's “Maintaining Dignity” survey found that black and Latino community members, for example, were far more likely than their white counterparts to worry that their racial or ethnic identity put them at risk of poor-quality care. And transgender adults face what GLAAD calls “staggering” rates of poverty, violence and discrimination — including that which occurs within the broader LGBTQ community.

Magrini says that, 50 years from now, she hopes her job doesn't exist — not because older LGBTQ adults will cease to be a vital and vibrant community with a unique set of needs, but because providers will have been trained in cultural competence from the outset. In the meantime, the resilience of older LGBTQ adults remains a guiding force for the policymakers, advocates and providers working to improve housing, health care and more.

"Our LGBTQ elder pioneers are fierce,” says Faria. “They're the ones that lit the spark that ignited the modern LGBTQ rights movement, and they're the fighters on the front lines today saying, ‘We refuse to be treated this way; we refuse to be invisible.’ “ 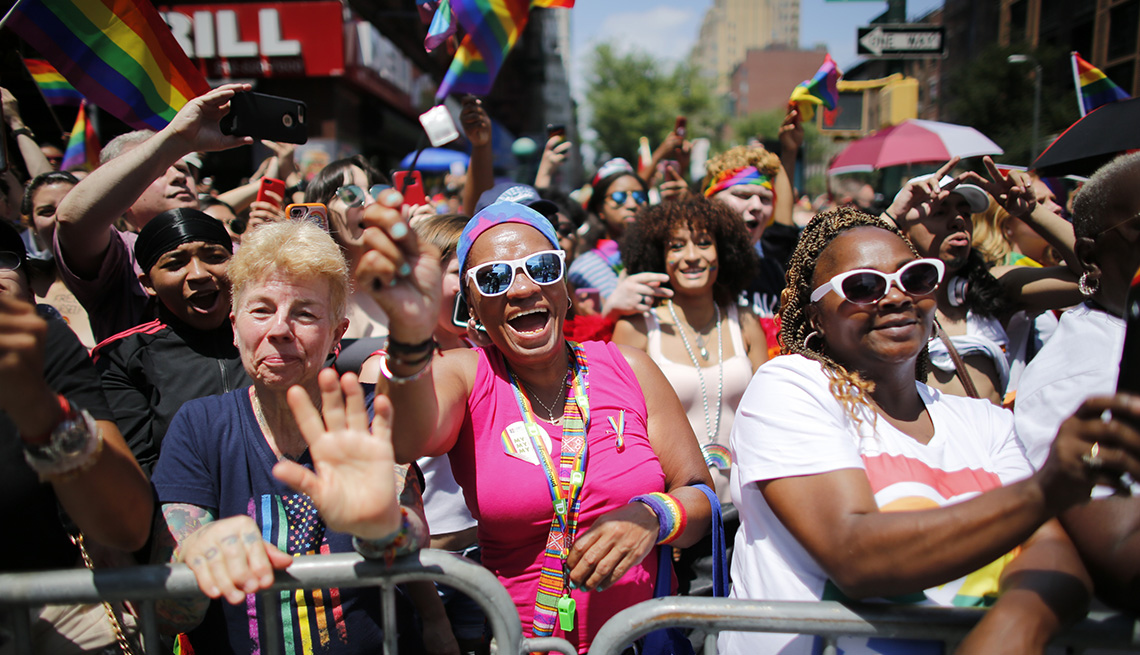 Where to Experience Pride Month 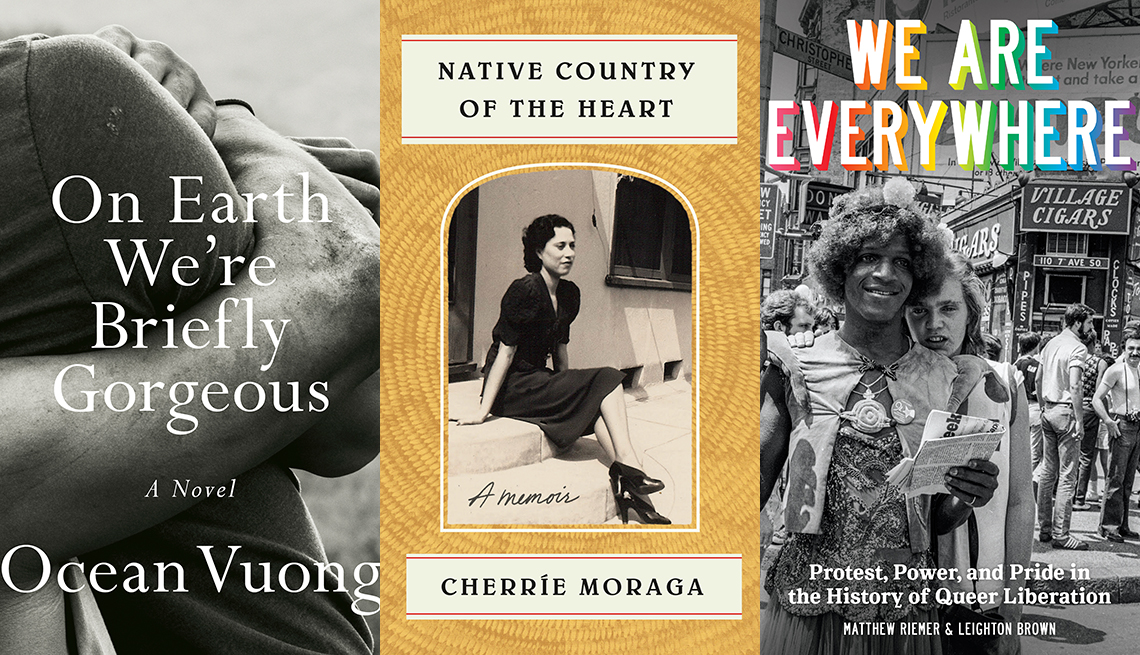