En español | As we celebrate Older Americans Month with the theme "Get Into the Act," I'm reminded that:

All three examples were introduced at a White House Conference on Aging (WHCoA), and all came about because people 50-plus got into the act.

Since the first WHCoA in 1961, AARP has urged older Americans to speak out on issues that affect their lives. With their collective voice united behind a collective purpose, older Americans have used the WHCoA to influence public policies that make life better for people as they age.

As we prepare for the 2015 WHCoA later this year, we can say with pride that the landscape has changed for older Americans since that first conference. Thanks to improvements in Medicare, Social Security and other policies that have enhanced the lives of older Americans, people today live an average of nearly nine years longer than in 1961.

Innovations in technology, health care and retirement security have transformed getting older. Because of increased longevity and generally better health, we have opportunities for continued productivity and growth that our parents and generations before us never had.

In 2015, older Americans are disrupting stereotypes of aging. They reject the idea that their possibilities are limited by their age. They're doing triathlons or reaching career peaks or learning new software or fulfilling a lifelong desire to create a business. They — we — embrace aging as something to look forward to, not something to fear. We recognize that even though growing older has its challenges, it also offers opportunities. 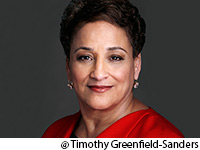 Are you willing to Get Into the Act? Join me in the conversation on Twitter, @JoAnn_Jenkins

Yet with longer lives, older Americans still face important issues. That's what the WHCoA is all about. This year's focus is on:

AARP is a major sponsor of the WHCoA. During this Older Americans Month, I urge you to Get Into the Act.

Jo Ann Jenkins is the chief executive officer of AARP.