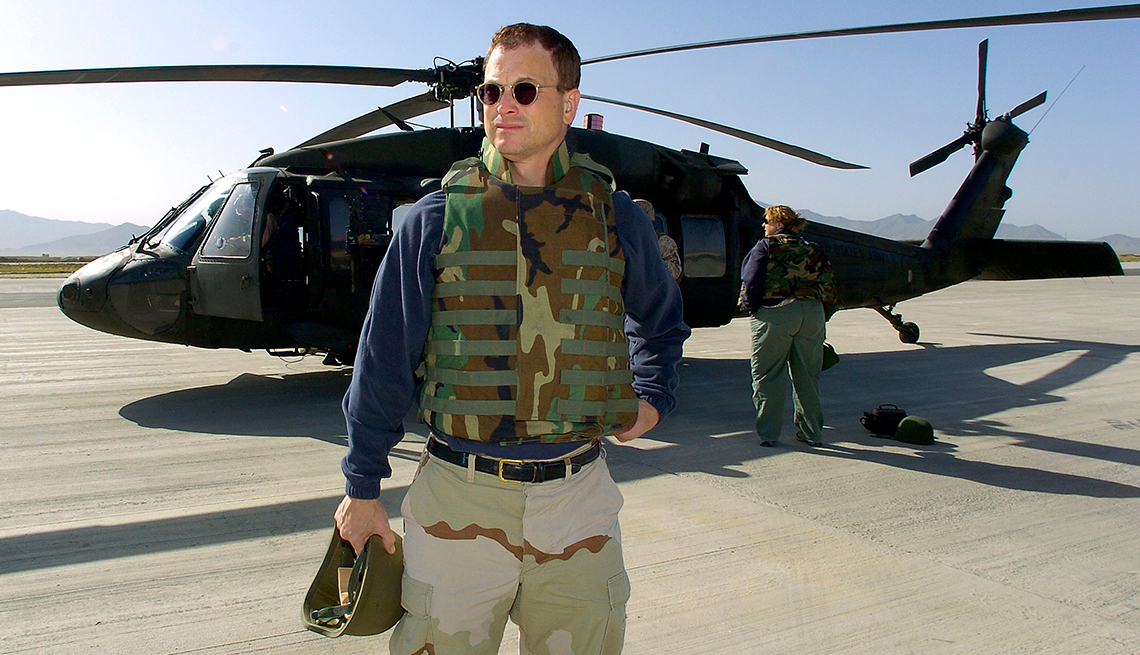 My brother-in-law Jack was a combat medic in Vietnam. He'd heard the stories about returning soldiers being spit on and shouted at, and when he arrived back in the U.S., he was so fearful that he ducked into the airport men's room, took off his uniform and changed into his civilian clothes.

Like a lot of kids, I wasn't aware of what our Vietnam vets were going through. Years later, I met my wife's family: Her brothers and sister had all served, and their stories woke me up to what they had endured not only overseas but here at home.

Then in 1980 I saw the play Tracers, which had been written by Vietnam veterans. I was profoundly moved, and I begged the guys to let me direct it in Chicago. For the hundreds of vets who came to our Veterans Night each Tuesday, it was a cathartic experience. I knew I had to become active helping veterans.

If you can, volunteer locally first, advises Gary Sinise, then try these:

In the 1990s, when I auditioned to play Lieutenant Dan in Forrest Gump, I really, really wanted that part. Not just because it was a great role, but because of Lieutenant Dan's resilience as an injured vet who comes back and succeeds in life. It's a story we want for every returning veteran.

After Forrest Gump, I began working with disabled veterans to bring attention to their challenges. Then came September 11, 2001. As America launched its military response, I wanted to make it clear to our active-duty soldiers that what happened to our Vietnam vets was not going to happen again.

Since then, I've frequently visited wounded soldiers in military hospitals, performed for troops with my Lt. Dan Band, and become the spokesperson for the American Veterans Disabled for Life Memorial, opening in Washington, D.C., in October. I also started the Gary Sinise Foundation, which supports active-duty service members and veterans. We build custom "smart homes" for our nation's most severely injured heroes, offer help to soldiers and their families following trauma and loss, and provide meals for defenders during layovers at major airports.

I've worked full time on the foundation since my TV series CSI: New York left the air last year. I need to get back to my job as an actor, but the foundation has a devoted staff who will continue our work.

While we can never show enough gratitude to veterans, we can always do a little more. If we expect future generations to volunteer to protect our liberties, we need to assure them that, when they return, they will be cared for. And most of all, appreciated.

—As told to Bill Newcott

Discounts for AARP Members — Save on restaurants, movies, travel and more