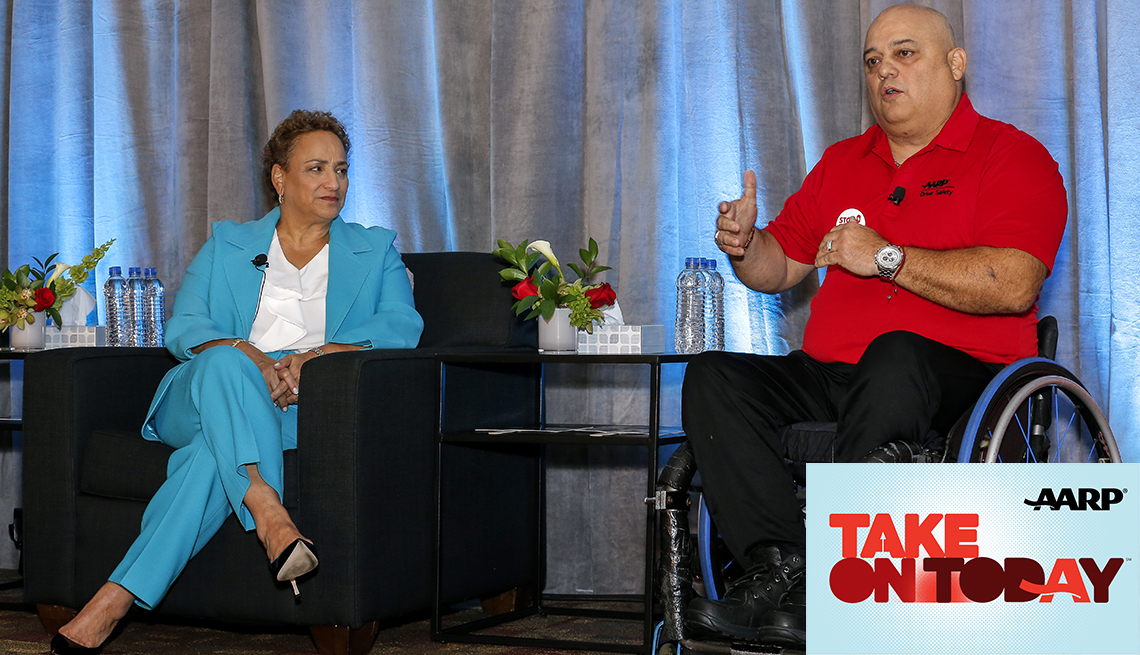 Nancy Pelosi: The other issue that we could hopefully work on is lowering the cost of prescription drugs. And that is something the president has talked about.

Donald Trump: We must do more. It's unacceptable that Americans pay vastly more than people in other countries for the exact same drugs, often made in the exact same place. This is wrong. This is unfair. And together, we will stop it and we'll stop it fast.

Bob Edwards: With bi-partisan support growing for action on the epidemic of high prescription drug prices, some state are adding momentum with their own legislation. In fact, more than 20 states are now debating such bills. They cover topics from access to generics to transparency about proposed price increases to capping patients out of pocket costs to allowing the safe importation of medications from Canada and other countries.

Florida is the latest ray of sunshine on this front.

Gov. DeSantis: The drug costs really cover a wide swath of people that get hit with that so it's a really, really significant thing. So, we wanted to do what we could to try to change the dynamic. And then, when I became Governor and we started preparing the budget, we in the state spend a lot of money on these prescription drugs.

Bob Edwards: And it's not just Governor Ron DeSantis, the extremely popular and newly elected Governor of Florida, who is calling for action. Florida residents drove as much as eight hours last week to be part of AARP's first Stop RX Greed town hall to tell their own stories.

Al Salvi: I'm a paraplegic, okay. I'm also a cancer survivor, Non-Hodgkin's Lymphoma. So, I take dual medications for both illnesses and injury. But I have to find ... I find myself, every three months, trying to compromise my safety by basically deciding on what to do next in terms of either taking my medication because I can't afford it. And I feel today ... I was compelled to come here and drive the 500 miles because the message I want to get out is, you shouldn't have to compromise your health. Your health is not ... it's your right to have your health and how you protect it. And we shouldn't have to compromise and let Big Pharma determine what's right for me.

Thank you all, so much.

Jo Ann Jenkins: We're here today because we want to hear directly from the people who are affected the most by the high cost of prescription drugs. And we want to better understand the impact that it is having on your day to day lives. We want your insights and indeed, your ideas. And we want to share those with the administration and with the members of congress and in the state houses across the country, to drive the change that will result in lowering prescription costs all across this country.

Bob Edwards: DeSantis, talking to the crowd in Tallahassee, blasted drug companies and specifically called out their efforts to try to block passage of the Importation Bill. DeSantis told a story about how he and his young daughter were online getting ready to watch one of her favorite shows on YouTube.

Gov. DeSantis: The other day I was with my daughter and one of the things that she likes is this cartoon series called Masha and the Bear. And she'll say, "Masha Bear, Masha Bear."

Bob Edwards: Only to be greeted by a Pharma attack ad.

Gov. DeSantis: So, I click Marsha the Bear, find it, YouTube, and I press play and I'm ready to see this little cute girl with her bear and instead what comes on is a 30 second ad saying that there are politicians in Tallahassee who want to bring drugs from China so that everyone dies [inaudible 00:04:23]. I'm like, "Well jeez, Marsha and the Bear?" So, that tells me that what we're doing would have an impact.

Gov. DeSantis: There has been an option under federal law where you can get FDA approved drugs from Canada. The FDA just has not been willing to certify, which I think this president has indicated to me that he sees that differently and would want to work with us.

Mary Mayhew: Talk is cheap but prescription drugs are not.

Bob Edwards: But it was State Senator Aaron Bean, one of the authors of the legislation, who really brought out the crowd's enthusiasm for lower prescription drug prices.

Sen. Bean: Are you happy paying the most expensive drug prices on the planet?

Sen. Bean: That's exact ... you'd be waiting a very long time if Congress was to fix this problem.

Bob Edwards: So, what exactly are the prospects for the Florida bill? It has passed the Florida house and senate but it faces intense pressure from the pharmaceutical industry and some editorial boards like The Wall Street Journal. The Journal has gone so far as to say the new law simply wouldn't work, that pharmaceutical companies would refuse to sell to Canadian suppliers, that savings could, quote, be elusive, end quote, and the Floridians' safety hangs in the balance.

Gov. DeSantis: People as we started discussing, they'd say ... who were opposed to what we're doing, they'd say, "Oh, it's not going to make any difference. Canada's not going to have enough drugs for you," all this other stuff, whatever. And I'm like, I don't necessarily agree with that but if we try and we don't quite get it done we can try something else. If you think it wouldn't make a difference why are you spending millions and millions of dollars on all this stuff? I mean, you would just say, "Who cares?"

Bob Edwards: AARP's Jenkins added that not only would importation work but it would be important in a state known for its sizeable population of seniors.

Jo Ann Jenkins:  It's especially important here in Florida because of the state's large and rapidly growing older population. Nearly eight million Floridians are age 50 and older, represent almost 40% of Florida's population. And more than that, one in five happen to be 65 or older, the highest percentage of any state in the country. And, as we know all too well, older Americans are some of the highest users of prescription drugs.

Bob Edwards: Today we'll close out with stories we heard as people left the event.

Mary Mayhew: I come home to visit in New Jersey for my mother and I see that the refrigerator's bare. I see that she's living off of beans and tuna fish and Ensure. And yet, she'll spend anywhere from $800 to $1000 a month on her prescriptions.

Phillip: I'm surviving now but just barely surviving, because my doctors, they'll give me samples of the medication that I need. But what happens when the doctor can't get any samples and I still need this medication? Can't afford it. Can't afford it.

Joanna: It's really embarrassing for me to be in other countries and I ride bikes with people who have Type 1 Diabetes in other countries, and they laugh about the United States because they pay nothing for their insulin.

Bob Edwards: That was Phillip Cones, April Gardner-Asker, and Joanna Sutherland. To contact your state and federal representatives visit aarp.org/rx. For more, visit aarp.org/podcast. Become a subscriber. Be sure to rate our podcast on Apple Podcast, Google Play, Stitcher, and other podcast apps. Thanks for listening. I'm Bob Edwards.

Last week, Florida residents drove as much as eight hours to be a part of AARP's first “Stop Rx Greed” town hall and share their stories with AARP CEO Jo Ann Jenkins, Florida Governor Ron DeSantis and other state leaders. There is growing bipartisan support for action on the epidemic of high prescription drug prices and it’s sweeping across the country.

How to Listen and Subscribe to 'Take on Today' Podcast