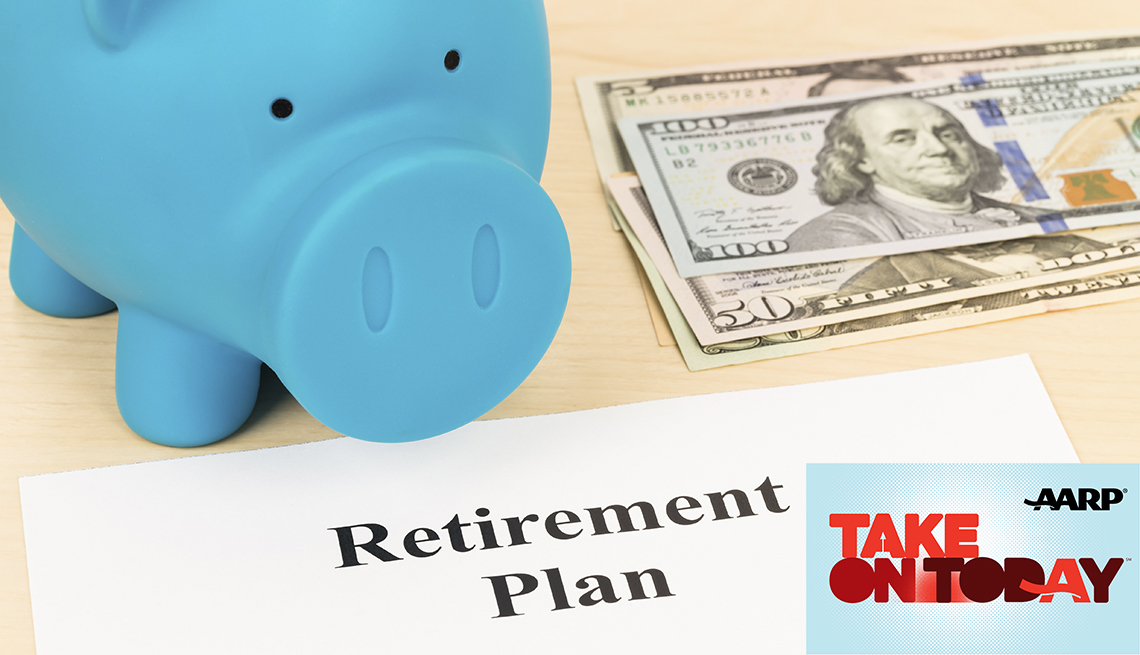 That buzz you hear coming out of Las Vegas every January? It’s tech enthusiasts getting charged up on products and gadgets that have sparked their imagination at the annual Consumer Electronics Show.

While many of those products provide high entertainment value and future-focused aspirations, there are also plenty of ideas that channel new technologies to improve lives.

For example, there are hearing aids that are powered by miniature fuel cells, rather than expensive batteries. And others that use artificial intelligence to automate settings based on the user's preferences and past activities.

Physicians attending the show, especially cardiologists, were likely heartened by high-tech devices — like smart watches — that allow their patients to keep tabs on blood pressure, heart rate and heart rhythms at home.

And because every company at CES wants to reinvent the wheel — or the wheelchair — with tech, there were several innovative options, including one with an Autonomous Drive System and another that used facial recognition software to control the wheelchair’s movement.

Without a doubt, artificial intelligence took center stage at this year’s CES. And for companies hoping to harness the buying power of the fifty-plus crowd, it’s a smart move.

Bob Edwards: Here's a scary thought. Nearly one in three people approaching retirement age, think there are more likely to learn bigfoot is real than to save enough to retire comfortably.

While channeling the nostalgia of educational TV from the seventies and eighties, the goal of the campaign is also to inspire more people to take charge of their financial future.

The goal of the campaign is to inspire more people to take charge of their financial future in a far less daunting way.

Joining us today to talk about the effort is AARP's Jean Setzfand.

Jean Setzfand: Thank you so much for having me.

Bob Edwards: Last week, AARP and the Ad Council announced a new public service campaign to empower more Americans to take steps to get on track with their savings.

Why did AARP and the Ad Council decide to focus the campaign on saving for retirement?

Jean Setzfand: Well, whether we like it or not we’re actually the ones in control of our financial future in retirement. So again, it's important for us to really grasp this new responsibility and a lot of surveys really tell us that we're not quite ready.

So, the National Institute for Retirement Security, which we often look at, tell us that seven in 10 Americans approaching retirement. That's between the age of 55 to 64, have less than one year's income save for retirement. At that age, it should be roughly about seven to eight times your income. So, you can see the gap there. But the good news quite frankly, is that we actually have the capability of doing it.

In fact, our recent surveys showed that the actions we're taking is kind of pointing in the right direction, we just might not be saving enough.

Bob Edwards: Why are so many people financially unprepared for retirement?

Jean Setzfand: I think a lot of people believe that they need to take action. In fact, we have evidence in our recent survey that tells us that seven in 10 individuals have saved for their retirement in the past year, which is really good. But a lot of people I think are also troubled by the fact that because they're responsible for this action they don't quite know what to do. The future is somewhat unclear for many people. The amount that they need to save is also unclear. And also, you have to deny yourself gratification today, in order to prepare for something that's a little fuzzy in the future.

I mean, who wouldn't have a little trouble with that? I certainly know I do.

Bob Edwards: What else did the new survey find about people's retirement habits and expectations?

Jean Setzfand: Well, one of the more interesting things that we found, and this is a survey that the AARP and the Ad Council jointly conducted late last year.

We surveyed roughly about 1,600 individuals between the ages of 40 and 50 in their forties and fifties. And only about half of the people surveyed say that retirement is their top priority for 2019. More people are probably more focused in terms of their number one priority in the here and now, and trying to winnow down their debt. Followed closely after that by about 21 percent of the surveyed participants say that saving for retirement is their number one priority.

So again, we see this sort of notion of the here and now being more important than the future. But we know based on both our own surveys as well as other research out there is that when you actually make saving for retirement, or any action a commitment of yours, the actions that follow are far greater. So, when people commit to taking action around retirement savings. In our survey, we actually saw that 84 percent of those people who committed took an action. They save for retirement. So really important to do.

Bob Edwards: So, the anxiety that someone might feel about saving for retirement is not uncommon?

Jean Setzfand: No, no, I think there's a lot of people in the same boat. Again, forget about money for a second and look into the future. There's a lot of uncertainty, right? So, it's no different from a financial standpoint. And so, I think we understand the anxiety, what we want to say is that, regardless of the anxiety it is important for you to take action and that's the most important thing.

And again, the recent survey shows us that people on the whole seven and 10 are taking action. We want to propel them to continue down that path and do a little more.

Bob Edwards: What tips do you have for people who don't know where to start when it comes to saving?

A lot of what we're trying to do is begin to propel people down a clearer path and prioritize some actions that are aimed at their circumstances. So, we encourage everybody to go to AceYourRetirement.org. There you're going to find tips like, aim to increase your contributions and your retirement savings plan every year, even by a modest one to two percent. And think about monies that you may not rely on today, for example, increases in your salary or bonuses. That's another way to also find new dollars, put more in your retirement account.

And last but not least, I would say that think about potentially benefits that your employers may provide. For those of us lucky enough to have a retirement account at work, many of our employers actually match those contributions. So, make sure you're saving enough to maximize that contribution from your employer.

Bob Edwards: You have other resources you recommend?

Jean Setzfand: I think, the first place that we want folks to turn to is AceYourRetirement.org, because it's different from other calculators and online tools that are out there. First of all, there are no bar charts, no crazy numbers, but it's, you're going to meet our retirement coach named Avo, who's going to go through a series of really simple questions. How old you are, how many years away from retirement you are, whether you're married, have kids on and so forth, to have a better profile of who you are.

So, Avo and AceYourRetirement.org can provide you more of a customized list of action steps, to again, propel you to act and to act in a greater amount towards your retirement security.

Bob Edwards: Thank you very much.

Bob Edwards: That was AARP's Jean Setzfand. Visit AceYourRetirement.org for tips on how to get your retirement savings on track. It's a free resource from AARP and the Ad Council for everyone to use and it takes just three minutes. And, here's one of the public service announcements from the campaign.

KEVIN: Yeah, but how do I start?

SASHA: It's easy with Avo, a retirement coach. Let's learn the Avo-bet!

SASHA: No Kevin, you're gonna be fine! (singing)

KEVIN: Huh...change up my strategy! Okay.

SASHA: O's for optimize your savings!

ANNOUNCER: A message from AARP and the Ad Council.

Be sure to rate our podcast on iTunes, Stitcher and other podcast apps. Thanks for listening. I'm Bob Edwards.

Bob Edwards chats with Jean Setzfand about AARP and the Ad Council’s a national public service campaign to address how you can save more for retirement and AceYourRetirement.org, a resource to help get your retirement savings on track.