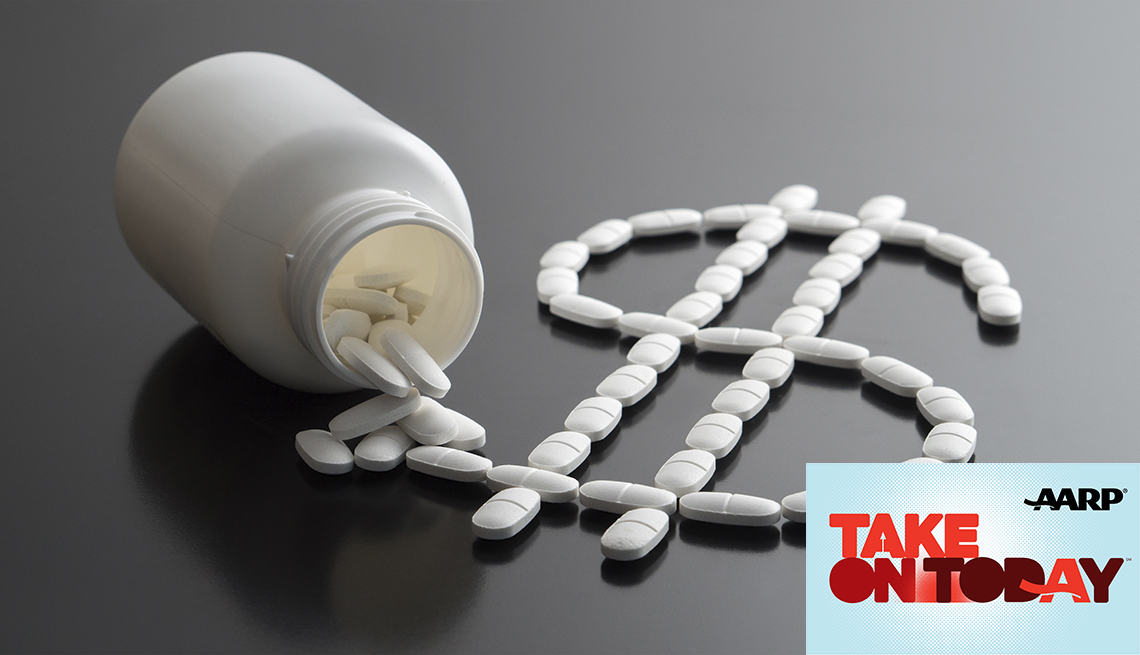 Bob Edwards: Hello, I'm Bob Edwards with an AARP take on today. In President Trump's state of the union address he said that lowering prescription drug prices is a major priority for his administration and on Tuesday, executives from seven pharmaceutical companies testified before the Senate Finance Committee in a hearing about drug prices.

These seven companies are the largest in the country and manufacture some of the most commonly used and most expensive prescription drugs. Politicians on both sides of the aisle made it clear that the committee is looking for solutions to prevent drug makers from engaging in practices that keep drug prices high for patients.

Senator Wyden: I think you and others in the industry are stonewalling on the key issue, which is actually lowering list prices.

Senator Grassley: Every link in the supply chain has gotten skilled at finger pointing, but like most Americans, we all are sick and tired of the blame game. It's time then for solutions.

Bob Edwards: In fact, research shows Americans pay more for their medicine than any other country in the world. Here to talk about this is AARP's Leigh Purvis. Welcome to the program.

Leigh Purvis: Thank you so much for having me.

Bob Edwards: What did we learn from the hearing?

Leigh Purvis: I think the biggest takeaway is that everyone is upset about this issue. It was a bipartisan group of members of Congress who were engaged on this issue. They clearly were very angry with what they've been seeing in the prescription drug market. And the other thing that was very interesting was that they were very unwilling to listen to the drug industry's usual arguments against doing anything to help bring down prescription drug prices, which is not something we see a whole lot of.

Bob Edwards: So there were surprises.

Leigh Purvis: Absolutely. It was definitely an interesting hearing for those of us who are following this issue closely. But again, the takeaway was that something is hopefully going to happen.

Bob Edwards: So we're at a pivotal moment. What happened?

And as we always like to point out, there are very few things in this country that, that many people agree on these days. So the fact that so many people want Congress to do something about prescription drug prices is really important.

Bob Edwards: Why our drug prices so high?

Leigh Purvis: That is a great question and it has a very simple answer and it's that there is nothing in the U.S. healthcare system to stop drug manufacturers from setting very high prices and increasing them anytime they want.

Bob Edwards: You didn't use the word gouge.

Leigh Purvis: That certainly is a one way of looking at it, is price gouging. You do see drug companies setting these high prices that really in any other market would be considered price gouging. And I think that's why people are turning to that term to describe what's happening here as well.

Bob Edwards: What role do generic medications have on drug prices?

Leigh Purvis: Generic drug prices are significantly lower than brand name drug prices. They really are the big savers in the prescription drug market. Yet you hear from a lot of people who are taking an expensive brand name drug, "When is a generic coming?" And that's because they recognize that when a generic drug enters the market, that drug will be available with a price that's 80 to 90% lower If there's a lot of competition for the product. So very important in terms of cost savings for people that are taking expensive drugs.

Bob Edwards: Gee, what would the world look like without generic medication?

Leigh Purvis: We would be hearing a lot more from people who are simply unable to afford the drugs that they need. Again, if you're taking a very expensive brand name drug, the fact that hopefully, some price relief is coming in the form of a generic really is what some people rely on to be able to continue taking those drugs for as long as they need.

Bob Edwards: Now, what's so unusual about us, what goes on in other countries that they don't pay this amount of money for their drugs?

Leigh Purvis: I think the simplest explanation is our healthcare system. The US healthcare system is incredibly fragmented and there is negotiation taking place with manufacturers, but it's not comparable to another country. That, for example, covers everyone under one program. They have a lot stronger negotiating power when they represent all of the citizens of their country and we don't have anything comparable here in the United States.

Bob Edwards: How did these high drug prices impact government programs such as Medicare?

Leigh Purvis: They are really driving high levels of spending. We've been looking at spending trends under Medicare Part D and it's more than tripled since the program was implemented in 2006. Medicare Part B spending has more than doubled.

We really are seeing incredibly high spending numbers and these prices are what's driving that type of spending. We have to keep in mind those programs like Medicare are supported by taxpayer funds, so our taxes are going towards those programs.

So we always like to remind people, even if you aren't in Medicare yourself, if you are a taxpayer, you are helping to fund that program so these prices are impacting what your taxes are being spent on.

Bob Edwards: Let's say I don't take medications, which is not the case. How does this impact me?

Leigh Purvis: We really like to drive home the importance of prescription drug prices by making sure people understand that they affect everyone. If you're taking a drug yourself, of course, you're being affected by the cost that you're paying at the pharmacy.

And if those taxes don't increase the alternative is those programs get cut or maybe you have both. So no matter what, if you are a human being living in the United States, there's a very good chance that you are being affected by prescription drug prices even if you aren't taking one yourself.

Bob Edwards: Well, it's both unusual and wonderful that senators from both parties want to address high drug prices with legislative solutions. What can Congress do?

Leigh Purvis: There is a lot that Congress can do. I mean, it can be anything from making sure that they correct some abuses within the patent system that drug companies use to try to extend their monopolies to going so far as we're allowing Medicare to negotiate prescription drug prices on behalf of its beneficiaries, which it can't do now. Really the world is our oyster. It's just a matter of them deciding what it is that they want to do.

Bob Edwards: And how is AARP addressing that?

Leigh Purvis: AARP has been engaged on this issue for literally decades. There are a lot of solutions that we support and one of which is allowing Medicare to negotiate on behalf of its beneficiaries, which it is not allowed to do currently. We also are interested in eliminating pay for delay agreements, which is when brand name companies and generic companies work together to kind of slow generic competition.

We don't think that's something that should be allowed either. We're also interested in correcting some of the patent abuses that take place. Again, more brand name drug companies use the patent system to extend their monopolies in ways that we don't think are right.

Bob Edwards: Leigh Purvis, director of health services research. To learn more and to get the latest information, visit action.aarp.org/stoprxgreed. Be sure to call your state and local representatives about lowering drug prices.

“How can you mend a broken heart?,” sang the Bee Gees in their 1971 hit song about love and loss. For some, a broken heart is beyond mending and for that matter surviving.

When Debbie Reynolds passed away one day after her daughter, Carrie Fisher, many chalked it up to broken heart syndrome. And what you may not realize, the condition is a real thing. Turns out under extreme stress, the heart changes shape as the left ventricle weakens causing parts of it to balloon out.

Symptoms like sudden chest pain can mimic a heart attack. But the American Heart Association says an electrocardiogram can show a distinct difference. Now that researchers have identified what causes the condition, with testing they can identify who is at risk, especially those who are suffering from emotional stress.

The good news is that most patients survive when under a doctor's care. So yes, you can mend a broken heart as well as survive it. Just as the Bee Gees said.

For more visit aarp.org/podcast. Become a subscriber and be sure to rate our podcast on Apple podcast, Google Play, Stitcher, and other podcast apps. Thanks for listening. I'm Bob Edwards.

At a hearing this week, senators from both parties grilled executives from major pharmaceutical companies about skyrocketing drug prices. AARP’s Leigh Purvis shares how this affects us all and why Congress needs to act now.