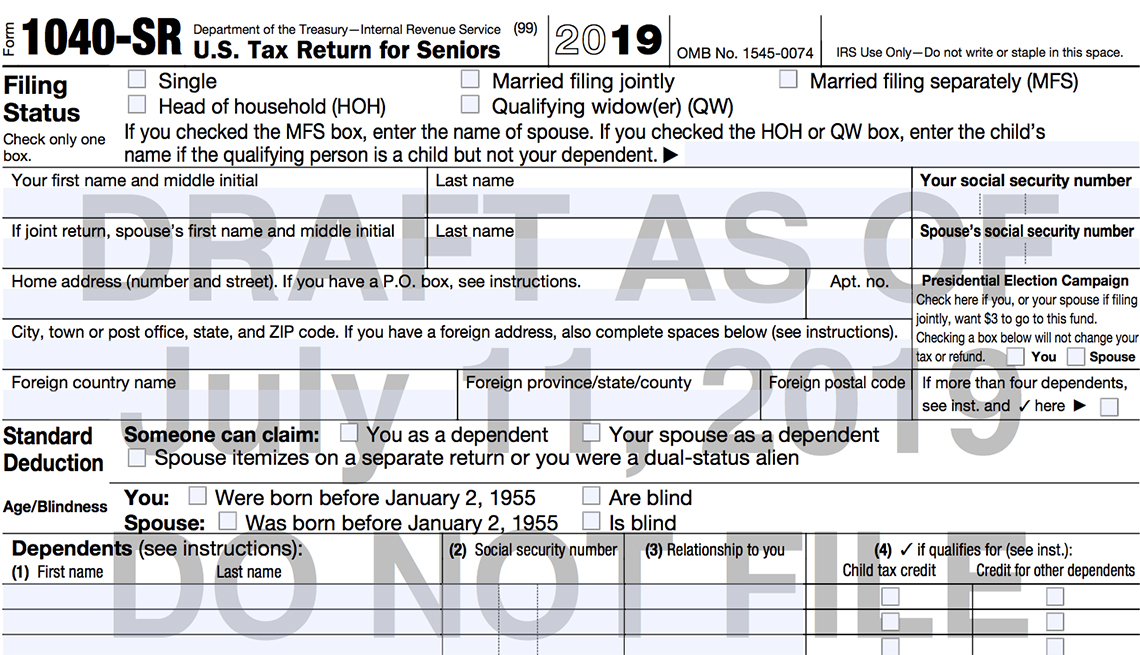 En español | The IRS has unveiled the final version of a new, simplified income tax form that people 65 and older may use to file for the 2019 tax year.

Congress directed the federal tax agency to create the new form when it passed a budget bill in 2018.

To use the new form, filers, including both spouses, must be at least age 65 though they don't have to be retired. They also must use the standard deduction rather than itemize.

"A lot of our senior clients, because of charitable giving and state and local income taxes, qualify to itemize, so this form is a no-go for them,” says Jay Porter, an associate accountant with Porter & Associates in Huntington, West Virginia.

Lines for various sources of retirement income such as Social Security benefits, IRA distributions, pensions and annuities are displayed on the first page of the form.

Tax-preparation software will be able to generate a 1040-SR, but the new form will provide the most significant benefit to some of the fewer than 10% of taxpayers who still fill out and file their returns on paper, Smith says.

Form 1040-SR may feel more comfortable to some seniors and will make it easier for them to calculate the standard deduction, says Porter, who is a member of the American Institute of CPAs. However, people who file electronically or use a tax preparer won't benefit as much from the redesign.

The IRS spokesman doesn't have current data on how many older Americans itemize their deductions. Yet in the population overall, the IRS has been seeing a significant decrease in those who itemize since Congress changed the tax code in 2017 to increase the size of the standard deduction and cap the amount of state and local taxes that itemizers can deduct.

Editor’s Note: This article was originally published on July 24, 2019. It has been updated to announce the final 1040-SR form has been released.