Crooks Use Fear of Missing Out to Scam Consumers

5 ways to avoid regret and fight these fraud tactics​﻿ 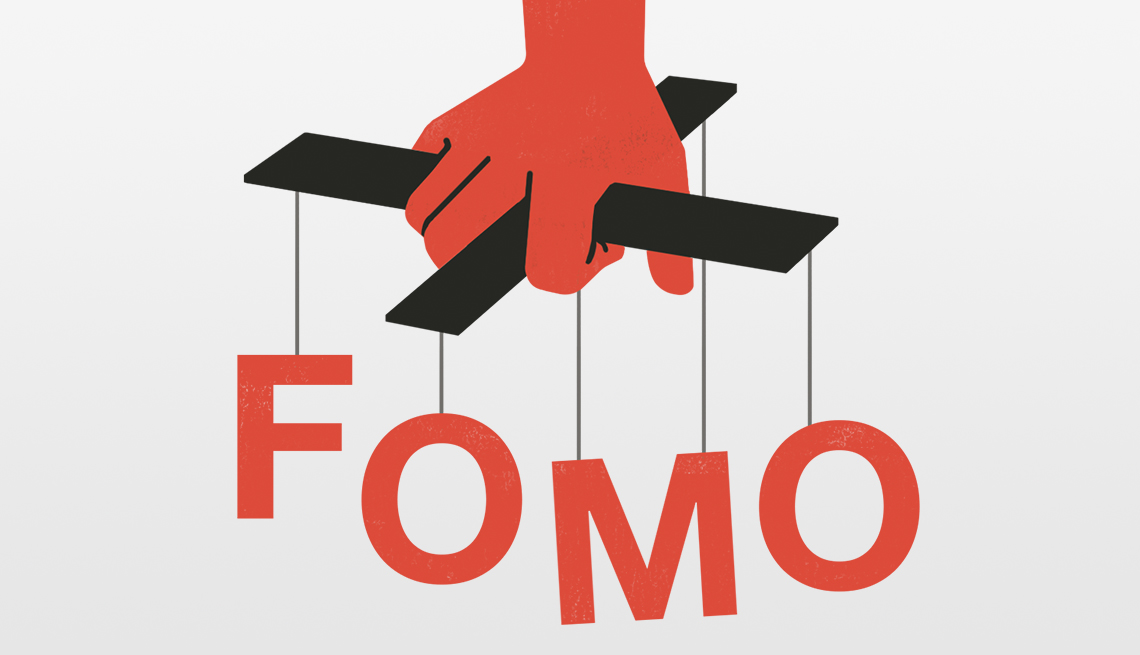 When an old high school friend popped up on Facebook Messenger recently, Sue was delighted. When the friend mentioned a $50,000 government grant she’d just received, Sue wanted in. With $18,000 in home repairs looming, why miss out when others were getting help? “The government seemed to be throwing out all sorts of stimulus funds,” she says. “And now, a friend got money.”

Sue clicked on a link, typed in her Social Security number and date of birth, and then saw the scam. “They wanted $500,” she says. “You shouldn’t have to give money to get money.” Fraudsters had impersonated her friend and almost scammed her out of her money by eliciting a powerful emotional state called FOMO — fear of missing out.

“Scammers get you under that emotional ether, putting that fear in you of missing out on the opportunity,” says Amy Nofziger, director of fraud victim support for the AARP Fraud Watch Network. Fraudsters are using FOMO like a secret sauce to push fake government grants, celebrity impostor scams, romance rackets and cryptocurrency fraud, Nofziger adds.

“We see other people that supposedly got really lucky, and we think that could be us,” she says.

FOMO is such a pervasive fraud tactic that the U.S. Securities and Exchange Commission (SEC) recently warned consumers about investment scams that use it. Trouble is, FOMO is hardwired into our brains, says Brooke Struck, research director of the Decision Lab in Montreal. “We fear loss much more than we get excited by equivalent gains,” he says. And FOMO, Struck adds, has two flavors: “We worry about feeling bad in the future — anticipated regret — and we fear falling behind” others.

FOMO used to be seen as afflicting mostly the young and impressionable. But in August 2020, Washington State University psychologist Chris Barry published a study in the Journal of Social and Personal Relationships that found strikingly similar FOMO levels at all ages. FOMO was linked with loneliness, lower self-esteem and having less compassion for yourself.

AARP’s October 2021 “Fraud Frontiers” survey of 3,280 people showed similar findings. Compared with scam avoiders, scam victims were up to five times more likely to feel lonely and 63 percent more likely to do something they later regretted when feeling bad. They also reported getting swept up in feelings of hope, happiness and excitement when dealing with a scammer.

Sari Harrar is a health and science writer living in Pennsylvania.

Fraudsters have many ploys to steal and swindle

New data from 2021 from federal government