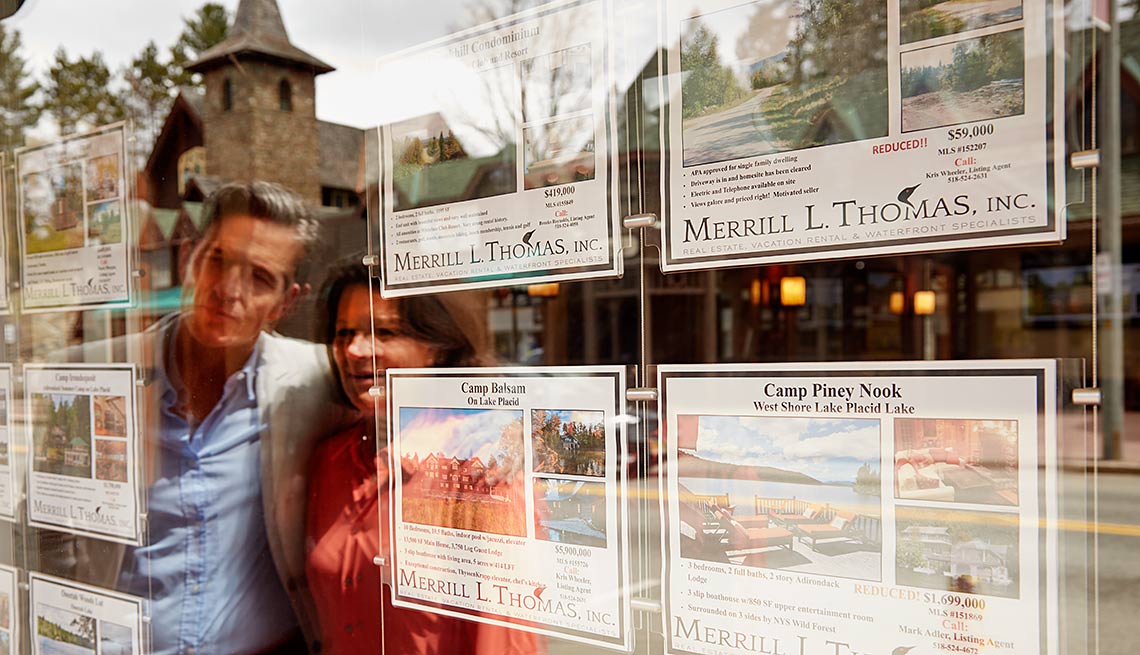 Would buying a second home provide a luxury getaway or a financial disaster?

Dennis and Judi Hebert bought their Lake Ontario vacation cottage on a whim. It was Columbus Day, 2014, and Dennis, a semiretired financial planner in Syracuse, N.Y., wanted to take his wife for a romantic drive with a stop for lunch. Nearing the lake, "we started seeing a lot of for-sale signs. We had never really talked about buying an additional place but all of a sudden it seemed like a reasonable idea," recalls Hebert, 69, who had recently sold his business.

"I was worried about what was I going to do all day long when I completely stopped working. A second home seemed like it would fill the void." Three weeks later, they purchased a $182,000 waterfront cottage. This "spur of the moment" decision was the beginning of all sorts of surprises.

"There are fewer bargains to be had," says Jessica Lautz, NAR's managing director of survey research. Boomers are driving the demand, Lautz adds, noting that 16 percent of vacation-home buyers say they are purchasing the property for future retirement.

Buying a second home has certain financial advantages, particularly for people over 50, says Dorcas Helfant-Browning, a real estate agent in Virginia Beach, Va. Many older buyers have paid off most, if not all, of the mortgage for their primary residence, so a new mortgage "makes a nice tax deduction," she says. Taxpayers can write off interest on more than one home if the properties' total debt is less than $1.1 million. Property taxes are also deductible, although deductions are limited for taxpayers subject to the alternative minimum tax.

Then come the hidden headaches. Hebert discovered that financing and insurance coverage were harder to obtain—and more expensive—for a second home than for a primary residence. Banks wanted to charge 5.5 percent interest for a second-home mortgage, even though they were offering 2.9 percent for primary residences. "They also wanted a home inspection and all sorts of paperwork," Hebert says. "It was a hassle."

See also: Are you properly insured?

Thanks to the proceeds from selling his business, he ended up buying the cottage without a mortgage. In this, the Heberts are not alone; according to NAR, more than a third of vacation-home buyers self-finance, and 43 percent find the mortgage application process to be more difficult than expected.

Also, the Heberts had trouble finding homeowners insurance because the couple wouldn't be living in the cottage full time. "The first company my agent looked at wasn't interested," Hebert says. "The second had some outrageous price. My agent and I kept looking until we found something acceptable."

Also "overlooked in the heat of the moment," he says, was the fact that property taxes would nearly double, since the property's assessed value would automatically climb because of his higher purchase price.

But it was the decorating costs that blew the roof off, so to speak. "I thought we had bought this nice comfortable cottage, all furnished, so we'd just move in and settle down, spending perhaps an extra $5,000 to spruce the place up," Hebert says. "My wife wanted to paint, remodel and refurnish everything," including adding a new bathroom. In the end, the tab for all: $30,000.

Richard Kagawa has owned a second home in Big Bear Lake, Calif., since 1991. "Many of my favorite family memories have been at our vacation home." Still, Kagawa, 63, warns, "You have twice as much stuff to fix, pay for and maintain. And when you would like to be enjoying your house, you may have to be repairing something or waiting for a repairman."

And, like the Heberts, he's learned to expect the unexpected. "Eighteen months after we bought our house, a serious earthquake destroyed a major wall and chimney, causing $20,000 in damage"—to a house that cost only $111,000.

Preventive maintenance is especially important in a second home because you're not there to immediately catch something if it goes wrong, says Bill White, a Richmond, Va., real estate broker who bought a condominium in Virginia Beach in 2012. He learned this the hard way when a water pipe burst during a cold snap.

Then there's the matter of wild animals. Helfant-Browning recalls the time her husband found a baby copperhead in the master bedroom of his family's mountain retreat near Charlottesville, Va. "To say he was upset was an understatement," she says. "He had to find a service to snake-proof the house."

Paper sales rep Meachel Johnson recalls seeing "lots of wildlife" when she and her fiancé began looking for a weekend beach house near Vancouver, Wash., two years ago. They dubbed one place "the bird house" because it was so full of droppings and feathers. Johnson opted for a different house on Washington's Long Beach Peninsula.

"We had extra income, so the purchase made sense financially," says Johnson, 47. What doesn't make sense, she says, are the frequent power outages. Often, she arrives to "find lights flashing on appliances. We never know if the power was out for five minutes or five hours. I never know if the food I left in the freezer is still good."

For Johnson, the biggest challenge was a disagreement with her fiancé over how to use the house. She had envisioned renting it out to offset costs. "But once we bought it, my fiancé didn't want strangers there," she said. "I wished we had talked about it in advance."

Maintenance concerns have deterred CPA Lester Nosal, 58, of Omaha, Neb., from buying a second home, even though he and his wife go to Estes Park, Colo., for a month every summer. "We spent our honeymoon there 36 years ago and have been there every year but two."

Even so, he says, "I don't want to drive there and think, Now I have to spend three days on my roof. I have enough stress in my life."

By contrast, Hebert considers his Lake Ontario cottage a stress-relieving rural escape. He has no regrets, but says he has learned a valuable lesson. "When buying a second home, make sure you know what your ultimate goal is—what will make you satisfied. Then add 15 percent."