How to Save for a Rainy Day and Emergencies

Research shows it's better to have separate accounts 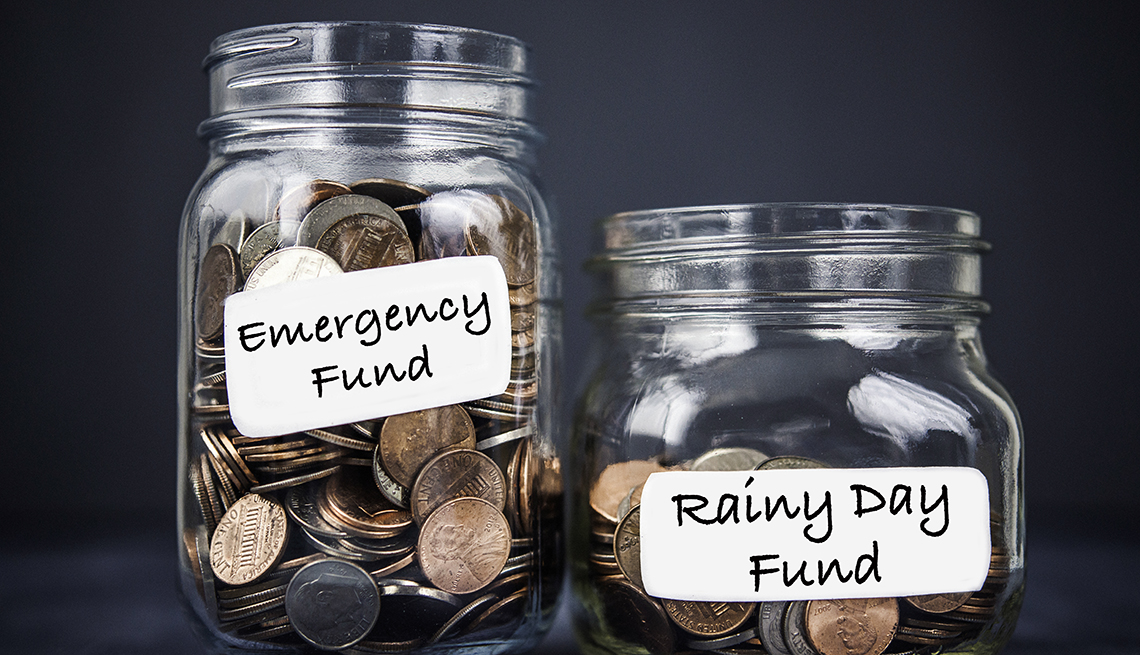 When a tree fell on Gary Shaffer's house in May, he called his insurance agent and sprang into action. The agent advised him to contact a tree removal company to get the tree off his house, then tarp the roof before leaking water caused more damage.

"When your house gets smacked with something that weighs 8,000 to 10,000 pounds, you must attend to it or it will cause more damage,” says Shaffer, a technical writer and inventor who lives near Annapolis, Md.

Lucky for Shaffer he had a rainy day fund.

The next thing he knew, he was writing a check for $2,300 to a tree removal company. “You have to have liquid money,” says Shaffer. He also was covered by insurance, and once the insurance representative arrived, the company began reimbursing Shaffer, who has a $1,000 deductible on the policy.

Shaffer, who is in his 60s, is not alone in dealing with an unexpected financial emergency.

And unlike Shaffer, many are unprepared.

In May, the Federal Reserve Board reported that roughly 4 in 10 adults would have trouble covering an unexpected expense of $400. The rest (61 percent) said they would use cash, savings or a credit card they would pay off at the next statement, according to the Report on Economic Well-Being of U.S. Households.

The key to being prepared is to have two funds — a rainy day fund for small expenditures, and an emergency fund for larger ones.

Research shows that having more than one account actually helps you save, Madrian says.

First, create a rainy day fund for small financial shocks such as a car or appliance repair, then save other money in a separate emergency fund for a bigger emergency such as losing a job, Madrian says.

A rainy day fund is typically smaller — up to $2,500 — than an emergency fund, which can have as much as nine months of living expenses — $10,000 to $50,000 or more. The rainy day fund is to be used for situations like Shaffer's initial payment to the tree removal company. An emergency fund typically would cover more, including the monthly rent or mortgage payment, phone bill, vehicle payment, insurance, real estate taxes, water and energy bills.

For ways to save and more, get AARP's monthly Money newsletter.

Creating a rainy day fund and an emergency fund:

The best way is to start small, for example, by moving $20 a week to a separate checking account for your rainy day fund, Bogosian says. If you can save $50 per paycheck or week, even better. If you're living paycheck to paycheck, here are some tips:

Even economists consider creating an emergency fund that covers six to nine months of household expenses a challenge. “That's daunting,” says Catherine Eckel, who directs the Behavioral Economics and Policy Program at Texas A&M University. Start with a target of two months’ salary, she says.

Says Gary Shaffer of his tree-on-house emergency, “The fund was not three to six months’ living expenses. I'm keeping track of the costs.”