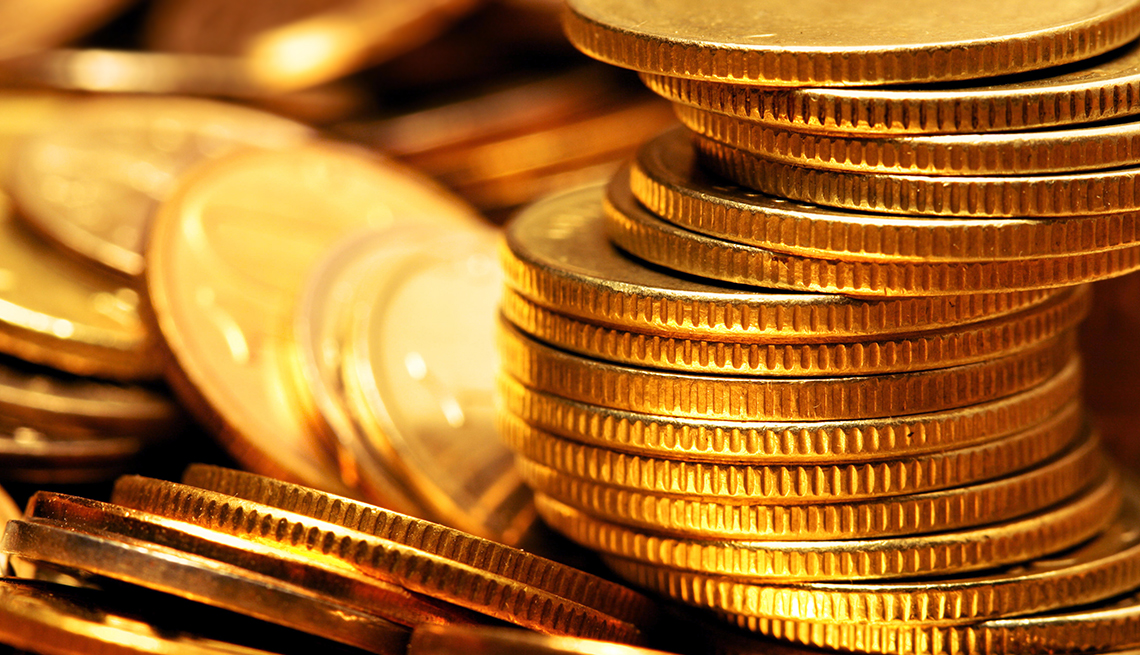 When it comes to striking it rich, sometimes it's better to be lucky than good.

Contrary to what you might think, the phrase "luck of the Irish" didn't originate in the Emerald Isle with leprechauns and rainbows. Historians say the phrase has its roots in 19th-century America, when a notable number of miners of Irish descent struck it rich in the gold and silver rush. With St. Patrick's Day upon us, it's also worth knowing that you don't need to be Irish to experience more than your fair share of good fortune, as you'll see from these lucky stories.

Lucky to be alive

A Croatian man, Frane Selak, is often called "the luckiest unlucky man to ever live" because of his knack for avoiding death. Selak's death-defying biography includes surviving both a deadly train and bus crash, and being blown out the malfunctioning door of an airplane only to land safely in a haystack, as well as four other near-death accidents. Selak, now 87, is still alive and well, and he hasn't had a close call with death since 1996, when he was run off a mountain road and his car crashed 300 feet into the gorge below. He did, however, win more than $1.1 million in the lottery in 2003, so his luck does seem to have taken a turn for the better.

Betting on FedEx to deliver

Today FedEx is a household name and highly successful business enterprise. But during its start-up days in the 1970s, the company ran so short of funds that it literally couldn't afford the fuel to get its delivery planes off the ground and faced imminent bankruptcy. The solution? FedEx's founder, Frederick Smith, took the company's last $5,000 and flew to Las Vegas, parlaying the five grand into $27,000 at a blackjack table. It wasn't a fortune in winnings, but it was enough to get the planes back in the air and turn around the company's good fortunes.

Sean and Rikki McEvoy bought a slightly shopworn West Point sweater at their local Goodwill store in Asheville, N.C., back in 2014. They paid only 58 cents for the garment, which sported the school's team colors of black, gold and gray. Later, when watching a television special about Vince Lombardi, they noticed the famous coach wearing an identical sweater. Sure enough, a hand-printed tag on the inside confirmed that their Goodwill sweater once belonged to Lombardi himself, a discovery that allowed the couple to sell the sweater at auction for $43,020.

Statisticians say that the odds of winning a mega-million-dollar lottery jackpot when you buy a ticket are about 1 in 176 million — significantly higher than your odds of ever being attacked by a shark (1 in 11.5 million). But Joan Ginther of Las Vegas — a mathematician with a Ph.D. from Stanford University — proved the odds wrong by winning not one, but four multimillion-dollar lottery prizes between 1993 and 2010. In total, she raked in approximately $20 million. In case you're wondering, she has yet to be attacked by a shark.

David and Deanna Gonzalez paid a little more than $10,000 for a circa-1938 fixer-upper in Elbow Lake, Minn. The house needed a lot of work, and while tearing out a wall insulated with old newspapers, David discovered a copy of Action Comics No. 1, an extremely rare comic book that he sold at auction in 2013 for $175,000. He did have some bad luck, though: After the discovery, the back cover of the comic book was ripped during an argument between David and his wife's aunt, a tear that auction appraisers say reduced the value by about $75,000.

Diamonds are this girl's best friend

Nine-year-old Grace Houston had a feeling she was going to strike it rich during a family vacation last summer at Crater of Diamonds State Park in Murfreesboro, Ark. After all, for the $5 price of admission, you can spend the day sifting the sands of the park for diamonds and other rocks and gems. Grace's dream came true when she scooped up a 1.53-carat white diamond, a find estimated to be worth upward of $43,000. Lucky girl, but not the luckiest prospector in the park's long history: In 1924, W.O. Basham unearthed what was later dubbed the "Uncle Sam Diamond" (his nickname was Uncle Sam), a true "rock" weighing in at 40.23 carats.

"Who the &%#@! is Jackson Pollock?" Those were reportedly the words of truck driver Teri Horton when she was told that the painting she bought in 1992 at a thrift store could be the work of the famous abstract artist Jackson Pollock. Horton paid $5 for the painting — which she called "ugly" — thinking that she'd use it for dart practice. She never got around to throwing darts at it and eventually tried to resell the artwork at a yard sale. But an art teacher saw it and suggested it could be by Pollock. Despite some dispute within the art community about the painting's authenticity, Horton has been offered $2 million for it — but is holding out for more.

Saccharin, the first commercially available artificial sweetener, was discovered by accident. In 1878, Russian chemist Constantin Fahlberg was working in a small lab at the John Hopkins University, experimenting with coal tar derivatives and other projects. When he sat down to dinner one night after leaving the lab, he noticed that the roll he was eating was extraordinarily sweet tasting. He realized that the sweetness was coming from a residue on his hands. Rushing back to the lab, Fahlberg licked various lab instruments to determine the source, eventually discovering a beaker that had boiled over and contained the ingredients he soon patented as saccharin.

Life, liberty and the pursuit of a phenomenal find

In 2006, a Tennessee man named Michael Sparks walked into a thrift store and ended up buying a candelabra, a set of salt-and-pepper shakers and what he thought was a cheap reprint of the Declaration of Independence. He later discovered that the document was indeed a reprint — but it was one of only 36 known surviving copies of the declaration created by William J. Stone in 1820, under a special commission from Congress. As such, it was worth a bit more than the $2.48 Sparks originally shelled out for it. A year later, he sold the document at auction for $477,650 — a whopping 192,600 times what he had paid.

Last November, 7-year-old Phoebe Brown of Independence, Mo., found a discarded lottery ticket on the floor of a local supermarket — a $100 winning scratch-off! Phoebe immediately knew what she wanted to do with her winnings: Her school was conducting a holiday canned-food drive to help those less fortunate, and every last penny of Phoebe's winnings was spent on canned goods to support that effort. Phoebe's mom said in an interview that her own family had relied on the help of others to see them through tough times in the past, so her daughter's generosity was a way of returning the favor. Remember: What's the value of good luck unless you share it with others?

It's known as Gold Country, the western slopes of the Sierra Nevada Mountains, where the famed forty-niners struck it rich during the California gold rush. But the prospectors of old apparently left some of the precious yellow metal behind. In 2013, a couple was walking their dog on their property when they noticed a rusty tin can sticking out of the ground. Upon closer examination and excavation, the couple — who, not surprisingly, remain anonymous — unearthed eight cans filled with 1,427 U.S gold coins dating to the 19th century that were worth approximately $10 million.