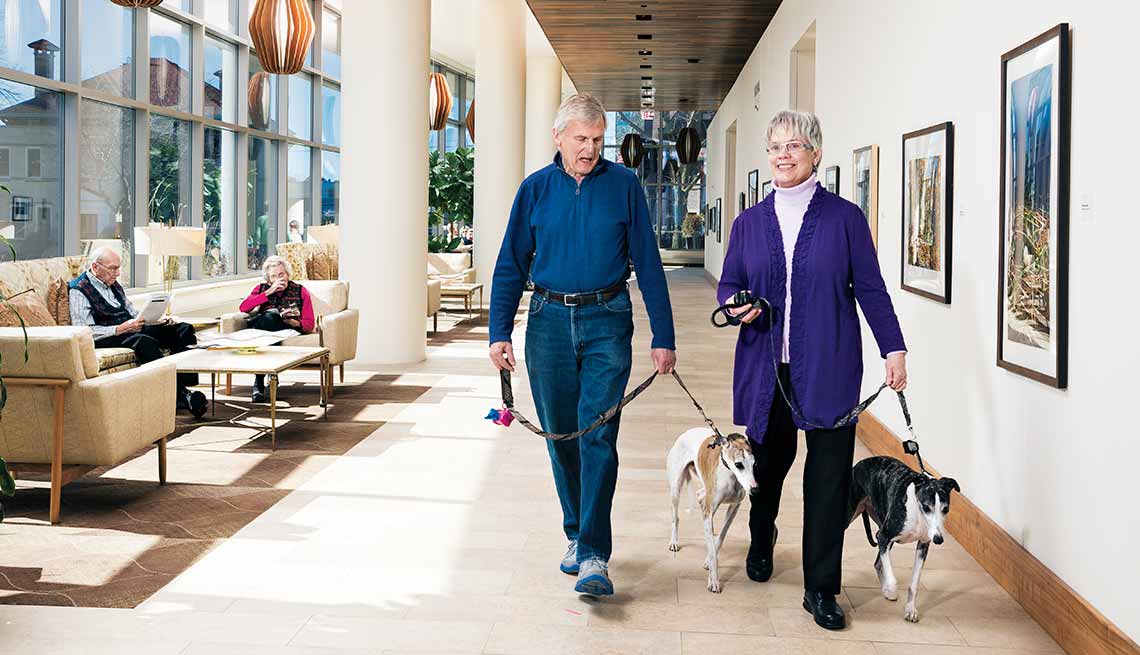 St. John's on the Lake in Milwaukee is integrated into the neighborhood fabric, sited to connect residents to the cultural and social options outside the front door.

It could be a postcard of 1950s small-town America: porch-fronted homes painted in a soothing palette of salmon pinks, Wedgwood blues and buttery yellows; neighbors of every age chatting in the front yards; a teenage couple kissing beneath the shelter of a park pavilion.

But Highlands' Garden Village is a very modern urban housing development, built atop the 27-acre site of a former amusement park a mile from downtown Denver.

The real estate development company Perry Rose, along with Oz Architecture and other firms, built the community as a showpiece of New Urbanist planning. Rather than a maze of suburban-style cul-de-sacs, it boasts a denser aggregate of homes and commercial properties mixed with public open space, with housing designed for residents of diverse ages. There are carriage houses with apartments for intergenerational families, a cohousing section with shared yards and a communal building, and 50+ apartments with open floor plans to accommodate various levels of physical ability. Facilities for older residents are woven into the wider community, which is itself integrated into the fabric of a larger neighborhood around it, with public transit right on the corner. 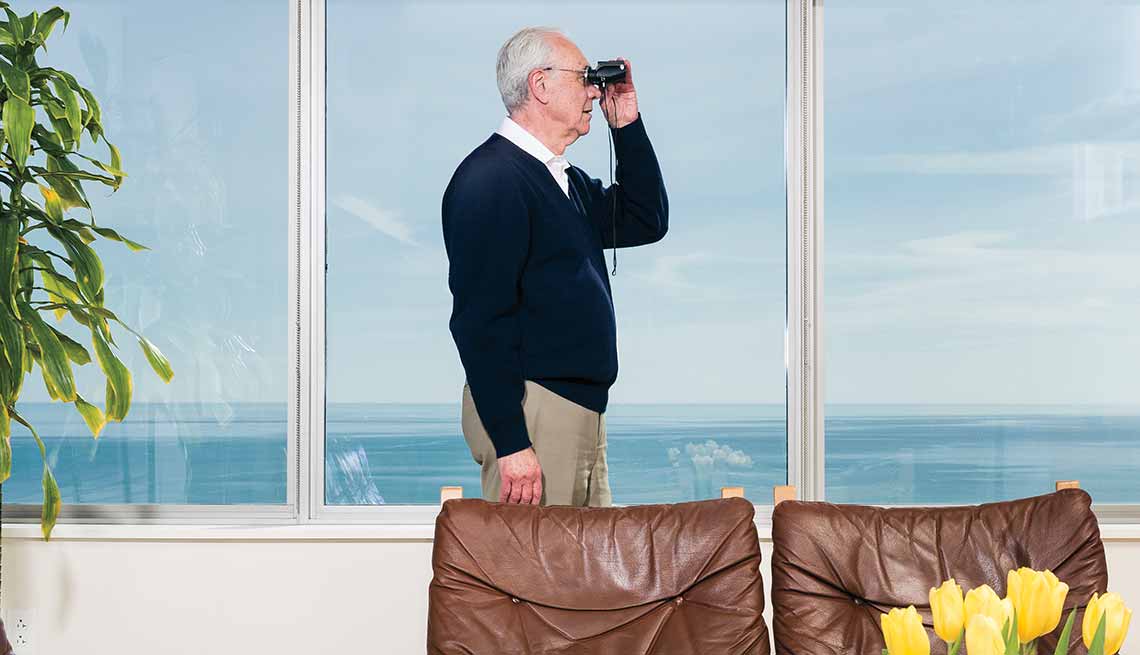 A growing cadre of builders, designers and architects are rethinking spaces for older people. And not a moment too soon: According to an AARP Foundation/Harvard study, the U.S. faces a critical shortage of affordable housing for its 50+ population, which will grow to 133 million by 2030 — a 70 percent jump since 2000. Those older people will benefit from different, better options than the gated condo astride a golf course in a Sunbelt suburb, the isolated apartment complex, the grim nursing home. Instead, designers are now imagining social- and age-integrated homes and communities that accommodate residents for decades, not just for the last years of their lives. They want to make "design for aging" imperative to the profession — and, heck, even sexy.

Call it "lifetime design." If these innovators have their way, "senior housing" as we have come to know it will improve radically.

Similarly, St. John's on the Lake, a glossy, high-rise continuing-care retirement community in the Lower East Side of Milwaukee, is integrated into the neighborhood fabric, sited to connect residents to the cultural and social options outside the front door. Parkview Living, a block of apartments with Spanish-style architecture in the Echo Park neighborhood of Los Angeles, also markets its surrounding community as a central amenity. This conscious coupling of retirement living and the real world is the future, says M. Scott Ball, an urban designer and author of Livable Communities for Aging Populations: "Senior housing is going to be more like neighborhoods, and neighborhoods will be more like senior housing."

Stay informed!  Sign up for the Livable Communities e-newsletter >> 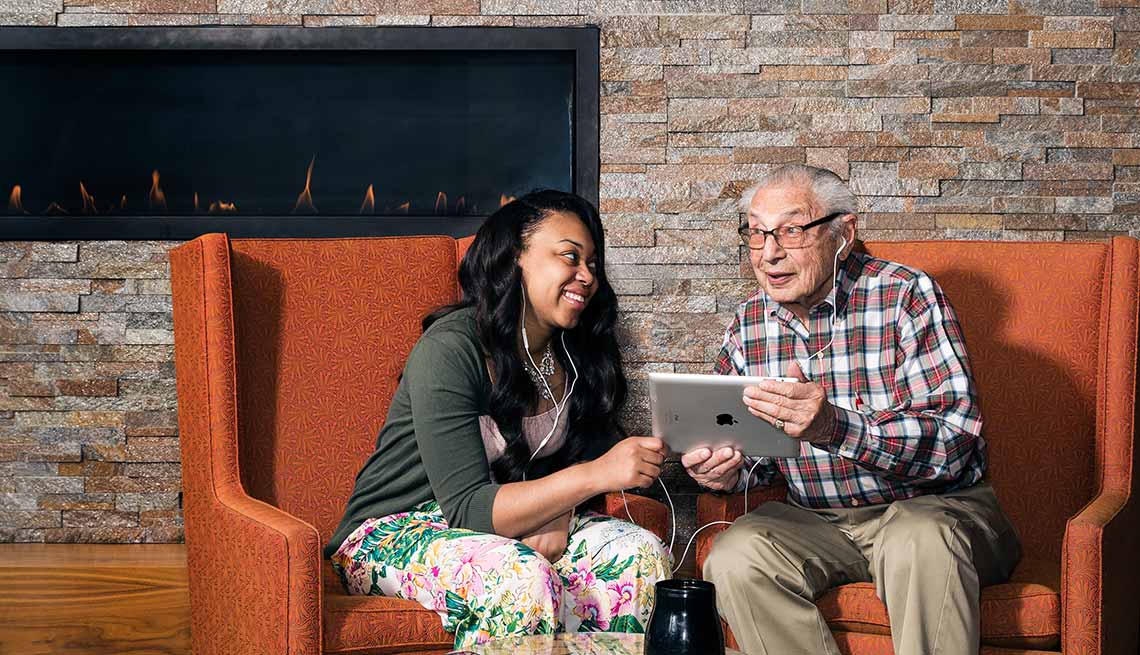 Designers are now imagining social- and age-integrated homes and communities that accommodate residents for decades.

It's a distant notion from the first 55+ retirement community, Sun City, which opened its gates in 1960. An enclave of ranch-style "houses of tomorrow" near Phoenix, it was designed as a refuge from the worlds of work and extended family, a retreat into full-time leisure.

That cruise-ship model of retirement living dominated for a generation. But the houses of tomorrow didn't have the future in mind at all. "Most 20th-century houses were designed for young and healthy individuals with no physical or sensory limitations," says Rosemary Bakker, a gerontologist and interior designer. For people with mobility issues, doorways and hallways were too narrow; countertops were too high; and toilets were too low. Some 50+ developments sprouted up far from services and were only accessible by car. The promise of blissful seclusion turned into social isolation.

Once residents became unable to live in these homes safely, they had to move again — into assisted living or nursing homes, each time wrenched from their community.

When boomer-generation designers contemplated their own future lives in these spaces, they balked, says Richard Rosen, an architect with Perkins Eastman who specializes in modern 50+ communities. "We were looking in horror at nursing homes and what was happening to first our grandparents and then our parents, and we were saying, no way are we going to settle for this."

Design pros have popularized the term "universal design" to describe spaces and products built to accommodate the typical physical changes of aging, such as impaired balance, hearing and eyesight. But age-friendly supports don't have to signal disability; they can be essentially camouflaged, seamlessly incorporated into the decor.

Light switches — the rocker type, preferably illuminated — are placed 42 inches from the floor, so people can use them while standing or sitting.

Adjustable upper kitchen cabinets and side-by-side fridges allow for storage at shoulder height. Front-facing stove controls mean easier access. Kitchen counters are built at multiple heights, so the kitchen is usable while people are either standing or sitting.

A column of closets that spans multiple floors can later be converted into an elevator.

Tied to the community

Among Perkins Eastman's recent projects is NewBridge on the Charles, a continuing-care retirement community built on 162 acres outside Boston. It has units for both independent and assisted living, a rehab center and on-site health care. The independent living cottages are sweet-looking and Craftsman-inspired, the light-filled community buildings warm and modern. Apartments have wood-trimmed balconies overlooking walking paths. There's public art, a sleek cafe and an elementary school that gives residents the opportunity to tutor, mentor and volunteer. The idea is to tie the older residents to the greater community: the cruise ship docking back home.

Not all such facilities are limited to affluent retirees. Culture Change, a national movement to reject the "homes for the aged" template, focuses on creating self-directed, individualized living environments that are still affordable. Facilities built around the similar Green House model, an increasingly popular apartment-like alternative to nursing homes, feature separate bedrooms, communal dining space and shared in-home care.

But projects built on these lines remain rare. Developers are wary of unproven models. Housing for the 50+ is a multibillion-dollar industry, and "the market is demanding of only what it knows exists," Ball says. "But the minute you get a couple of these projects up, that'll create a huge amount of demand."

To prepare for this transformation — and perhaps speed it up a bit — architecture and design programs have partnered with gerontology programs to help train young people who will be building spaces for older ones. "It's hard for designers to create a supportive environment if they don't first understand some of the physical and cognitive challenges that older people face so they can fold those into their plans," says Julie Masters, chair of the department of gerontology at the University of Nebraska in Omaha, which offers a graduate certificate in gerontology with a concentration on interior design. 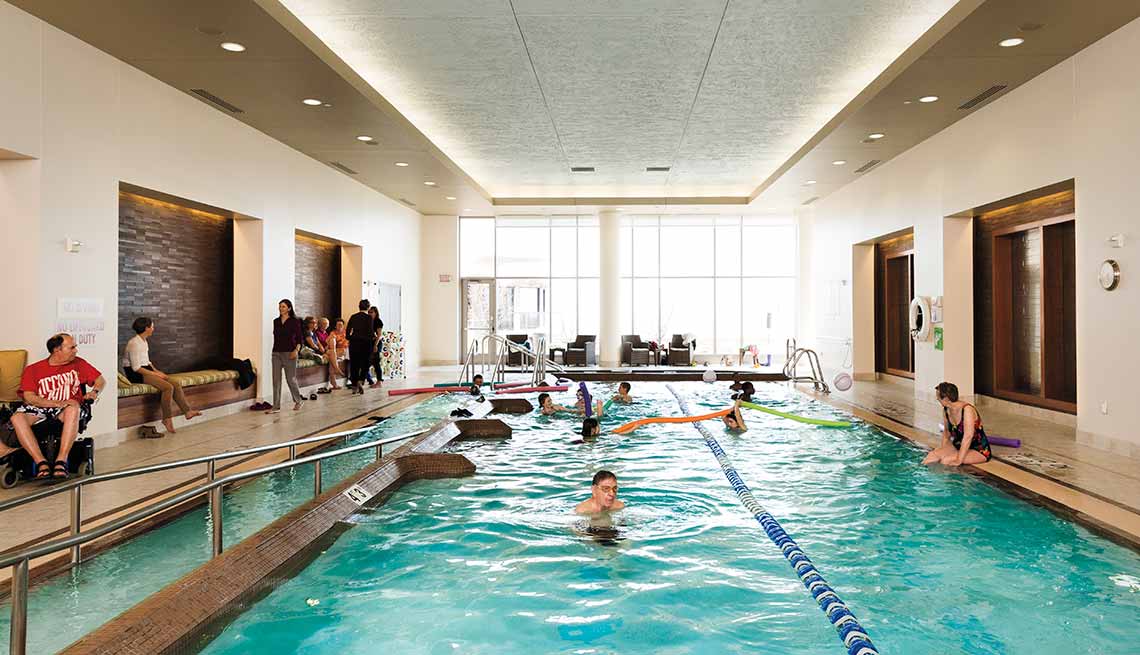 New York-based architect Matthias Hollwich drew inspiration from a trip to Germany to visit his grandmother in a nursing home. He drove with his mother through Munich to a striking modern building with a light-filled lobby and delicate balconies. "Why can't they make buildings like this for older people?" he asked.

Since that day, making inspiring spaces for older people has become a mission for Hollwich.

His forthcoming book, New Aging, includes fanciful designs for future projects. His "Geropolis" is a "new old city," a dense complex of sleek, angular units designed for multigenerational living. Hollwich calls them "anti-retirement communities." He says, "People think of 'elderly' as this gray plane, as if [older people] are all the same and shouldn't be seen."

Hollwich plans a similar facility for his own future: He and friends will buy apartments on the same floor of a building and renovate to create both shared and private spaces, with extra rooms for caregivers. It's in keeping with his ethos as a builder: "We as designers need to create housing and communities that we'd like to live in ourselves," he says. "It's not design for the elderly. It's design for all of us who will someday be old."