What You Need (and Don't) to Make Your Home Smart

From a practical standpoint, a video doorbell can help you, your packages stay safe 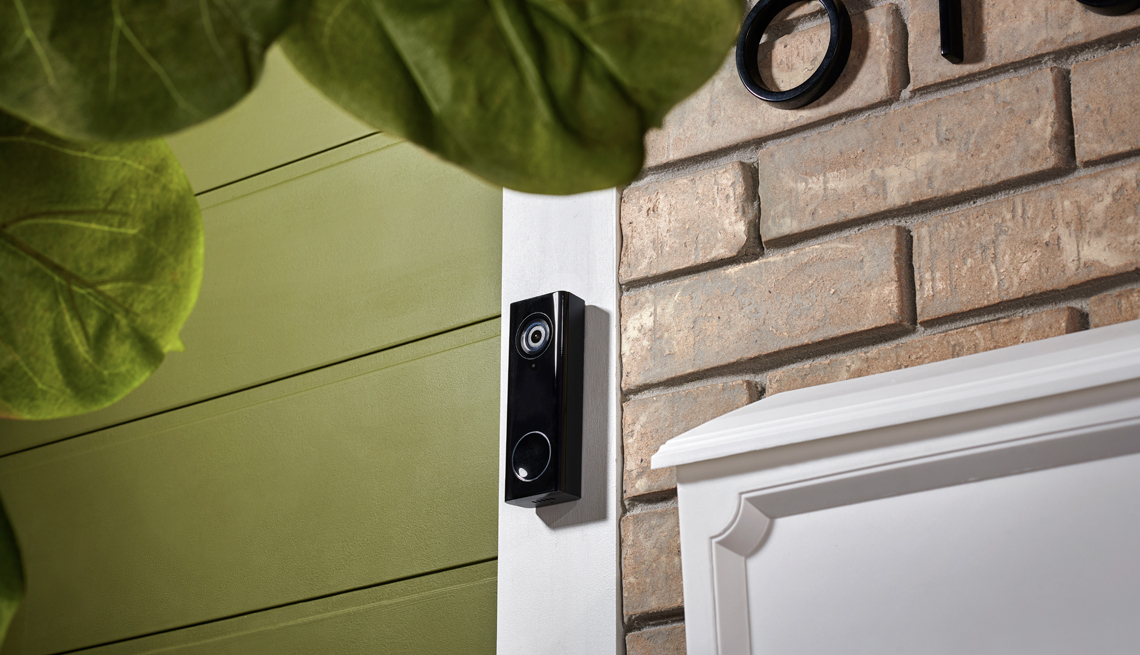 TV commercials show busy women directing their robot vacuums to clean up crumbs and pet hair, opening an app to heat their ovens while they shop in the frozen food aisle and asking their smart speakers to notify them when the laundry is dry.

For many older adults, the technology that makes a home “smart” evokes memories of The Jetsons in the early 1960s more than their own abode today. But that’s OK, according to a half dozen tech experts that AARP asked about smart home technology.

You don’t need most of it — with one exception: Our experts love doorbell camera﻿s, which can connect with your computer, phone, tablet﻿ or TV and allow you to see who is at your door without opening it. You can also set many of them up to send alerts when packages are delivered or when someone walks by.

“Porch pirates are real, and you want to know when something is delivered; you want to know when someone comes up to your door,” says Judie Stanford, editor in chief of electronic review site Gear Diary. “That’s not fearful﻿; that’s being a smart consumer. It lets me know if somebody comes up and doesn’t ring the doorbell, which is always strange to me. I like to know.”

Edward C. Baig, an AARP contributing writer who was a longtime USA Today tech columnist, agrees: “I’m a fan of video doorbells. They may deter a burglar who, seeing the camera, will move on to someone else’s house.”

Video doorbells were among the few smart home devices that cracked the double digits when the not-for-profit tech website Reviews.org surveyed 1,000 adults age 18 and older late last year to find out what smart or Wi-Fi enabled devices they own. In the top five, excluding a smart speaker or hub, gaming console and smart TV, were these gadgets:

Beyond video doorbells, the experts we asked have little use for most internet-connected appliances. Many on our panel say simpler solutions are available.

Right now if you buy, say, a smart thermostat and want it on the same system as your video doorbell so your smartphone won’t be littered with individual apps, you have be sure that both can communicate with your Alexa, Apple Home, Google Home or Samsung SmartThings smart speaker or hub, according to Consumer Reports.

By waiting, you may be able to avoid the modern-day equivalent of the 1980s battle between the Sony Betamax and JVC VHS videocassette formats. But whether you wait or decide to explore smart home technology now, be prepared for a learning curve.

“To have a smart house, you have to be somewhat smart,” says Dick DeBartolo, who reports on personal tech for ABC’s World News Now and goes by the moniker the Giz Wiz. “And that’s not for me.”

Better memory. A subscription plan for your video doorbell, generally $3 to $6 a month, will let you replay videos it records and stores in the cloud.

Some models always require a subscription. Others don’t but will overwrite video footage after they reach capacity on internal storage.

Expect to replace the battery twice as often — every six months — as your smoke detector. So a wired doorbell might be more convenient in the long run.

Energy savings. Many smart appliances, such as dishwashers, dryers and washing machines, can be programmed to start at a time when electricity is cheaper. They generally have energy-efficient modes, too.

For those who might forget about a load of wet clothes in the washer for a few days, a smart washing machine can send an alert to your phone when its cycle is finished.

Comfort. You can take your programmable thermostat to the next level by getting one that connects to the internet. Using your habits and preferences, it can program itself based on temperatures you prefer at different times, and you can manually change the settings from your phone while you’re away.

“I’m mildly ashamed to admit it, but I sometimes raise the heat or lower it from the app when I’m feeling lazy and in bed rather than walking downstairs and making the change manually,” Baig says.

Make Sure You’re Getting Fast WiFi Inside Your Home

Here’s how you can make sure your Wi-Fi is giving you what you’re paying for.

Find out what passkeys are, and why the tech industry wants to make them the standard tool for logging in.

How to Reduce Ways Your Devices Can Track Your Location

Your smartphone is tracking you. Find out how to limit the data your device is collecting.