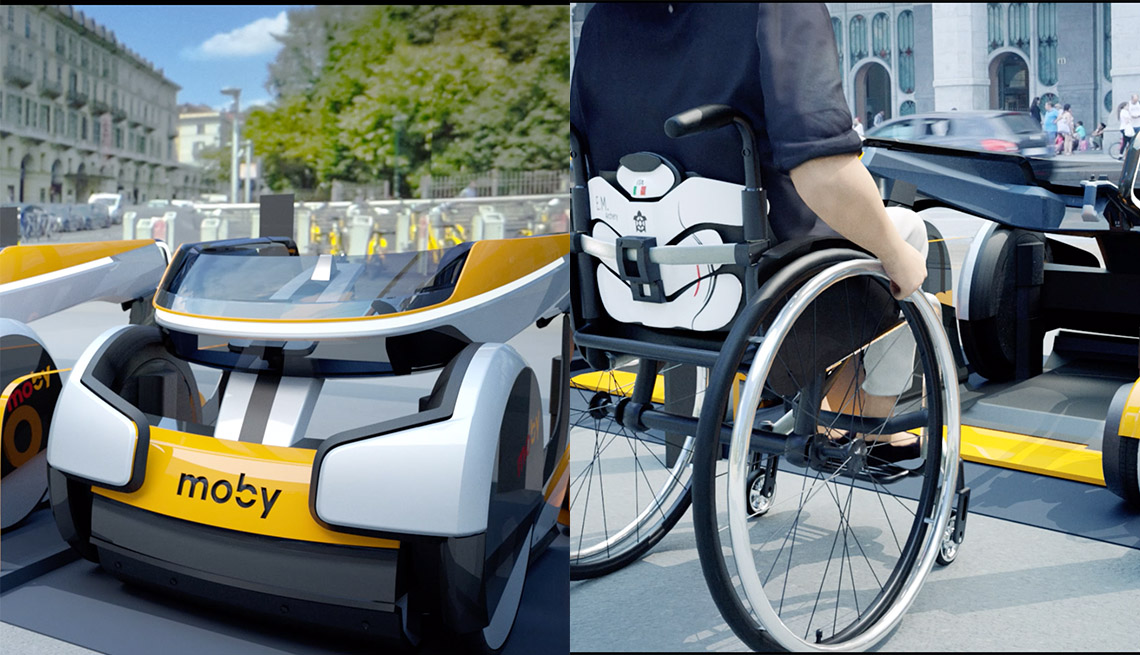 Moby, an app-controled wheelchair-sharing service, is among five finalists for the $1 million top prize in the Toyota Mobility Foundation’s Mobility Unlimited Challenge.

Global investment in technology for older adults has almost tripled since 2017, according to the Telegraph, and that’s why CES 2019 has wild stuff like the world’s first Lamborghini massage chair, which combines the looks of the Aventador Roadster and Bumblebee from the Transformers movie and costs $30,000.  Every company at CES wants to reinvent the wheel — or the wheelchair — with tech, including WHILL, with its new Autonomous Drive System (ADS), a self-driving update of its 2018 CES hit, the CI wheelchair, which show attendees can now rent to cruise through the huge crowd.

“As the boomer population is aging, everybody still wants to travel,” says WHILL marketing director Justin Gagnon, who notes that the company's partnerships with airports will make that easier and more fun. “Demand for airport pushes — requests for mobility assistance — is going up by at least 15 percent per year. And each push costs the airlines $45 to $60 per person.” Airports could save money with WHILL, which means what might otherwise be a tech upstart’s pipe dream could happen.

“It’s the mobility-impaired Uber,” Gagnon adds. “When you get to the airport, you summon it, it picks you up, you ask it to take you to Gate 75, and off you go.” Instead of getting pushed around, he says, “you explore the airport on your own, independently.”

Independence is the big idea behind another intriguing wheelchair gizmo at CES, the Wheelie. Inventor Paulo Pinheiro was troubled to see an immobile woman in a wheelchair at an airport but was struck by her bright smile. It made him think, What if that smile could propel her wheelchair? With facial recognition software, the Wheelie allows the person to control the wheelchair's movement using 11 expressions, including a grin, a wink, a smooch and a raised eyebrow.

The other news in wheelchair tech at CES was the announcement of the five $500,000 finalists battling for the $1 million first prize in the Toyota Mobility Foundation’s Mobility Unlimited Challenge. At CES was finalist Italdesign, for its Moby, a wheelchair-sharing service. People with lightweight hand-propelled wheelchairs can roll them into Moby docking stations in urban settings and connect to bigger, electric wheelchairs resembling speedboats on wheels that can zip around cities with ease. When they are ready, renters return the wheelchair to the share station.

Moby’s rivals for the top prize are Phoenix Instinct's Phoenix Ai, which continuously rebalances the ultralight wheelchair’s center of gravity, so if the owner hits a bump or reaches for something, the chair won’t tip over; Evowalk, from Evolution Devices, a rehabilitation “sleeve” for lower-leg paralysis that has sensors to direct muscle stimulation right where it’s needed; and two entries that reduce the wheelchair to an exoskeleton: Quix (from U.S.-based Myolyn and the Institute for for Human & Machine Cognition), which uses robotic balance algorithms to keep users upright, and the University of Tsukuba's Qolo, a powered exoskeleton on wheels.

Will Qolo give us an Iron Man–like costume to defy disability? Maybe so. Maybe it’s a pipe dream. But as CES proves every year, dreaming is an iterative process that can deliver serious technology boosts for boomers and others — some of whom probably long for a Lamborghini that can crunch a sore back. 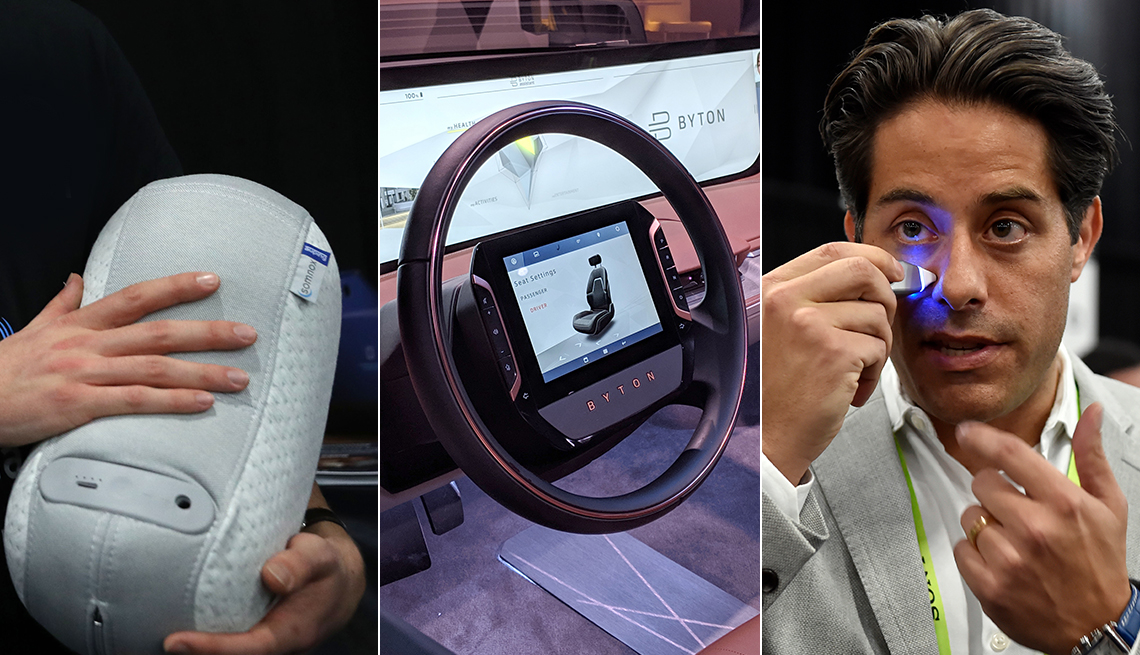 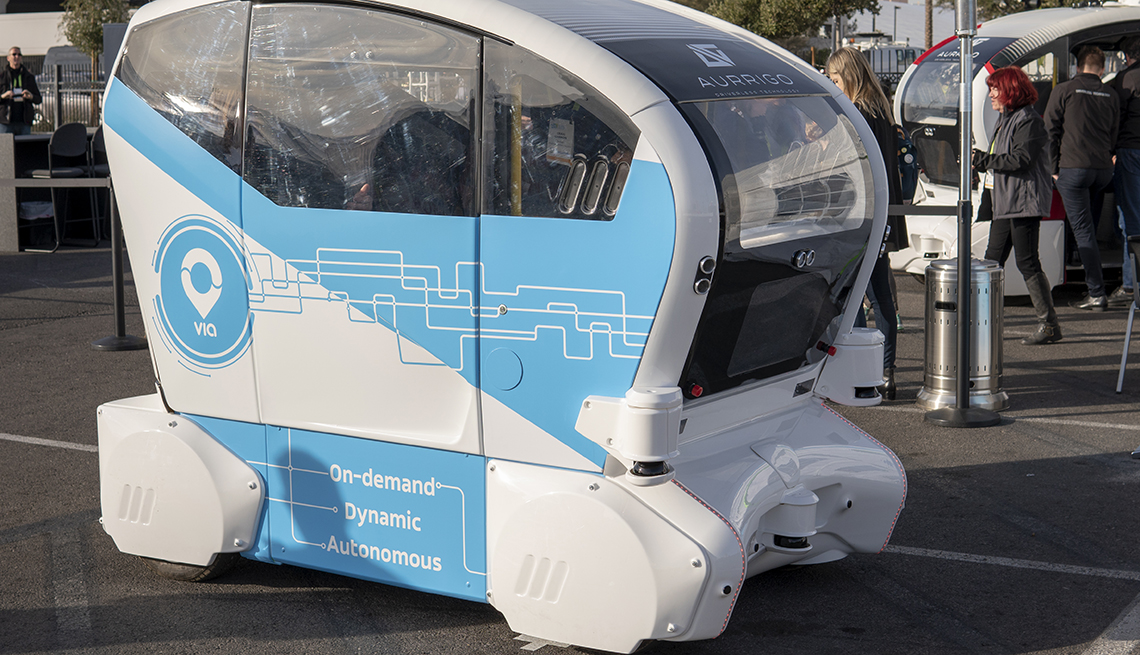 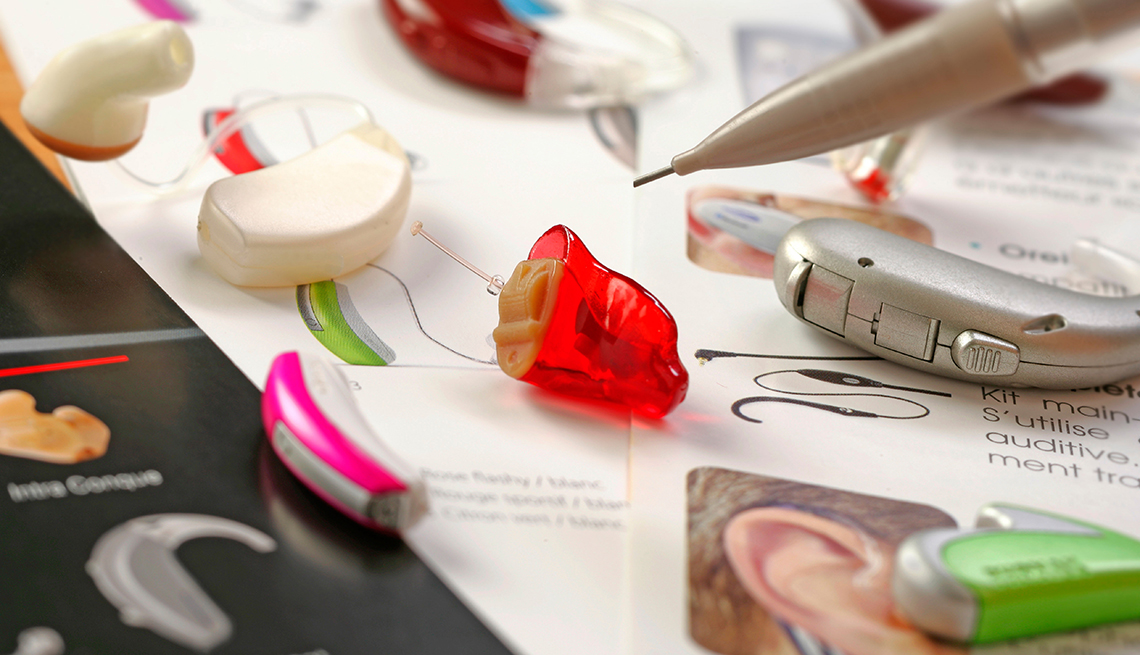 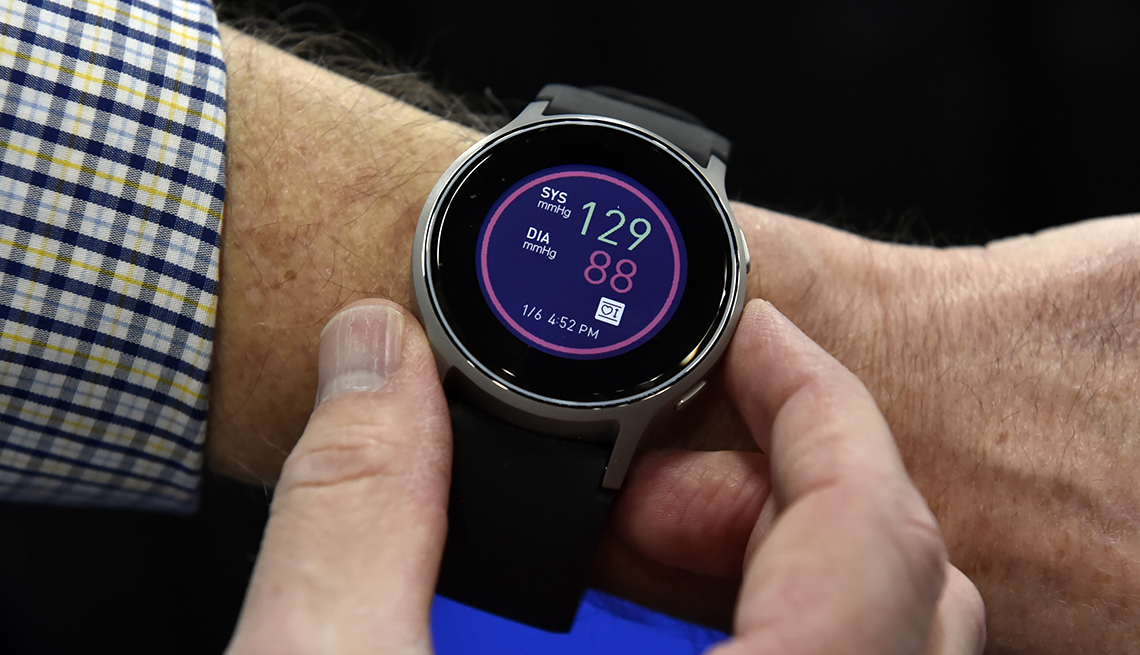 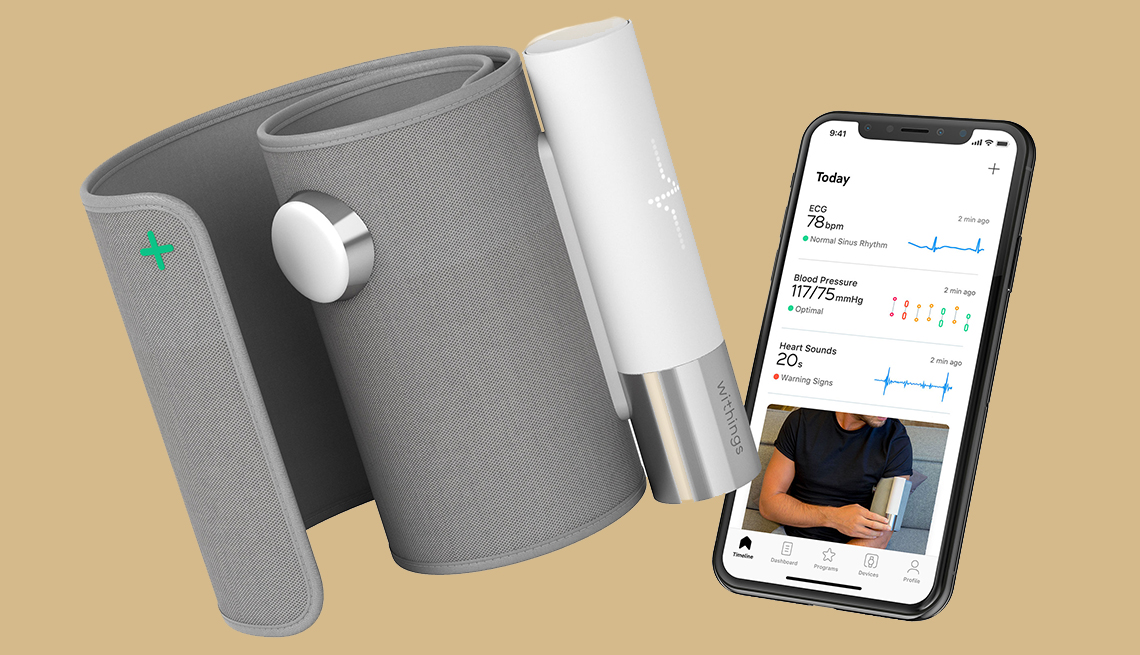 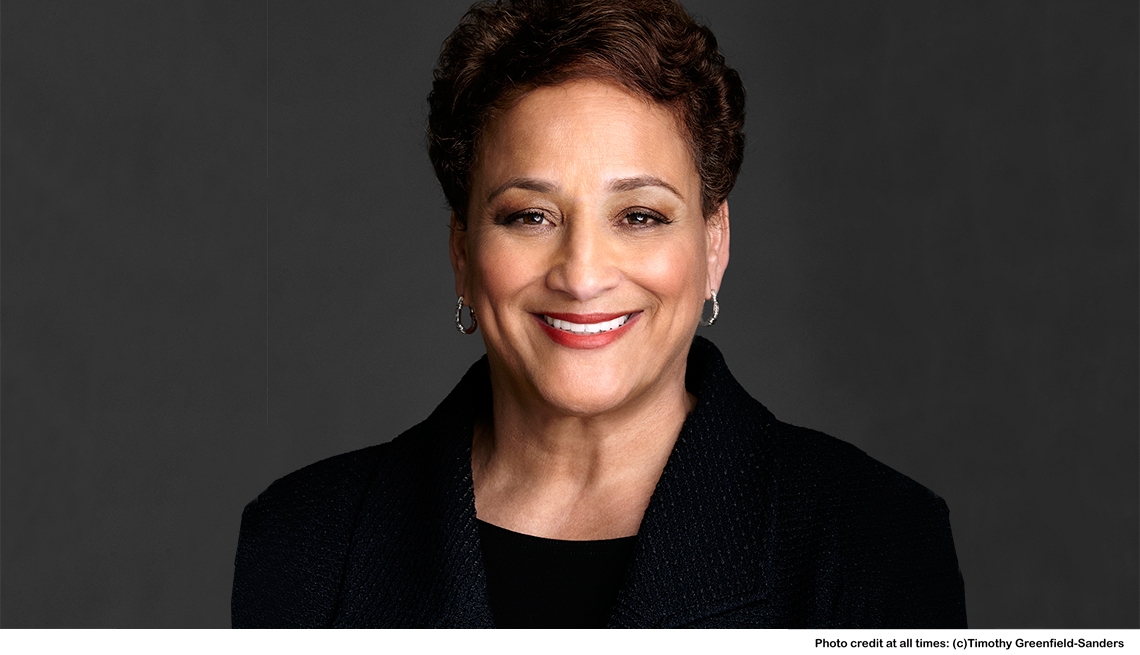 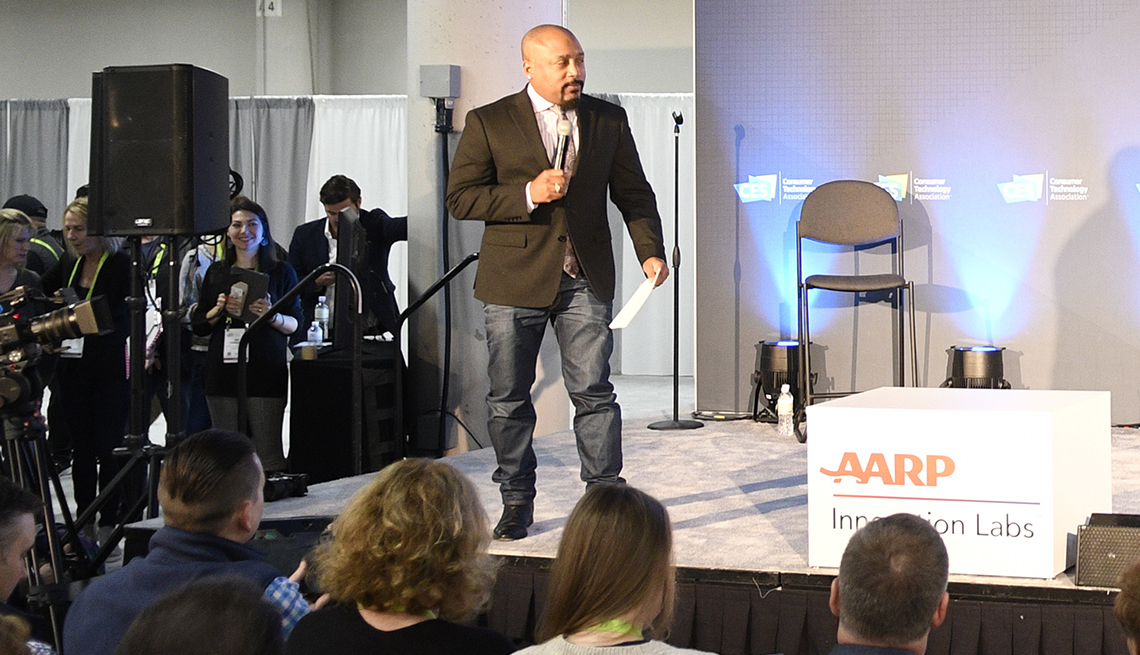 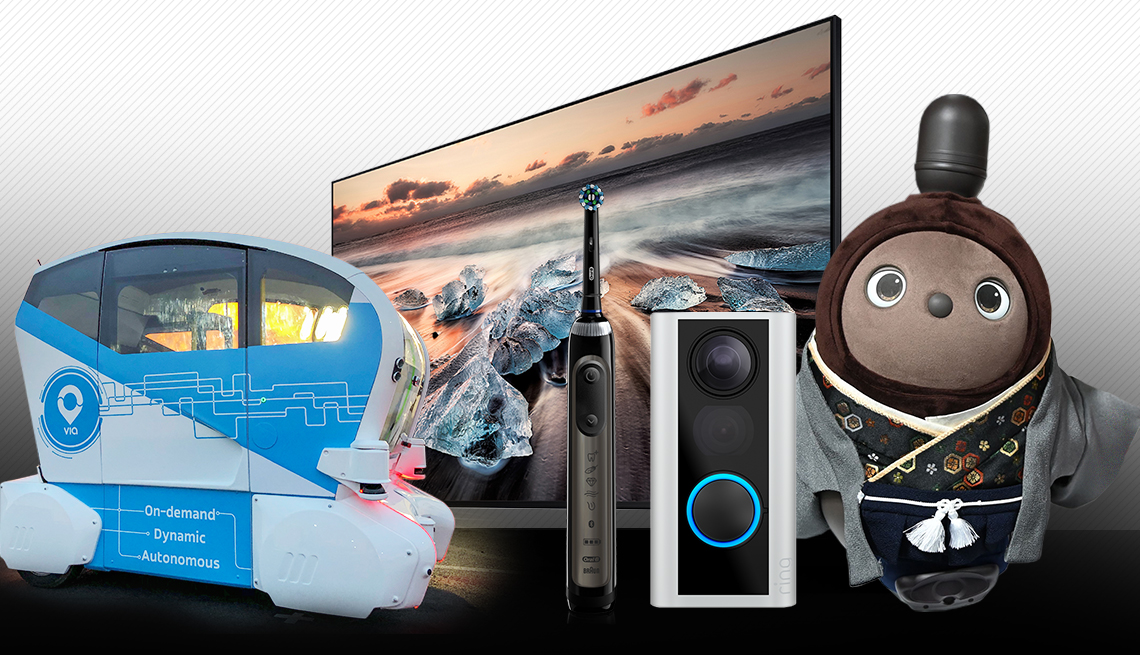