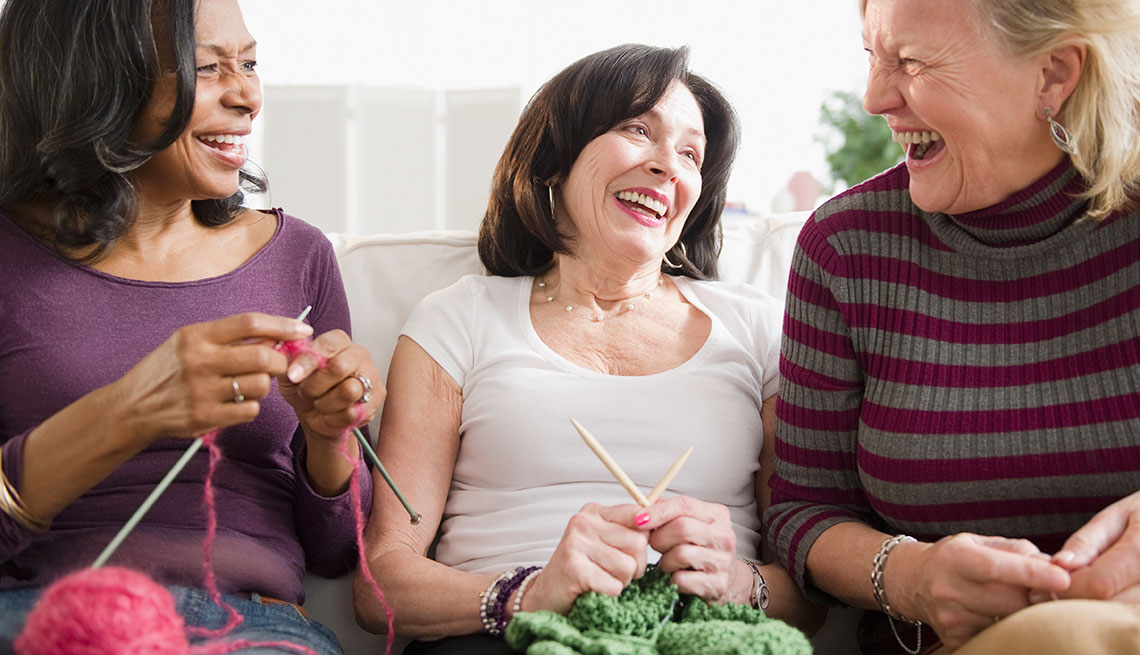 The hobby knitting is a sociable activity that helps overcome isolation and loneliness, according to studies.

Knitting, an activity that people can continue to enjoy well into old age, may help to reduce depression and anxiety as well as chronic pain, and possibly slow the onset of dementia, according to a new British report.

The study, published by the U.K. group Knit for Peace, reviewed previously done research and surveyed 1,000 people in its own network of 15,000 knitters, HuffPost U.K. reported.

“There is an enormous amount of research showing that knitting has physical and mental health benefits, that it slows the onset of dementia, combats depression and distracts from chronic pain. It is an activity that can be continued into extreme old age,” the report stated. “It is a sociable activity that helps overcome isolation and loneliness, too often a feature of old age. It is a skill that can continue when sight and strength are diminished.”

A 2011 study from the Mayo Clinic found that people who engaged in knitting, crafting and other similar hobbies were 30 to 50 percent less likely to have mild cognitive impairment. When surveying the group's own members, 70 percent of whom are older than 60, the researchers found:

There may even be a link between knitting and addressing addictive behaviors. A survey participant identified as Sarah R explained that knitting helped her to stop smoking and lose weight. “[It] keeps hands busy, so I’m not snacking in the evenings when watching TV. I dropped two dress sizes in my first year of knitting. It was also a useful aid in helping to stop me smoking, and I think knitting would help more addictions generally,” HuffPost U.K. reported.

Knit for Peace members make creations for disadvantaged people, which are then distributed to more than 200 outlets, including hospitals, refugee groups, prisons, hospices and developing countries. More than half of those surveyed in the community said taking part in the initiative “makes them feel useful.”