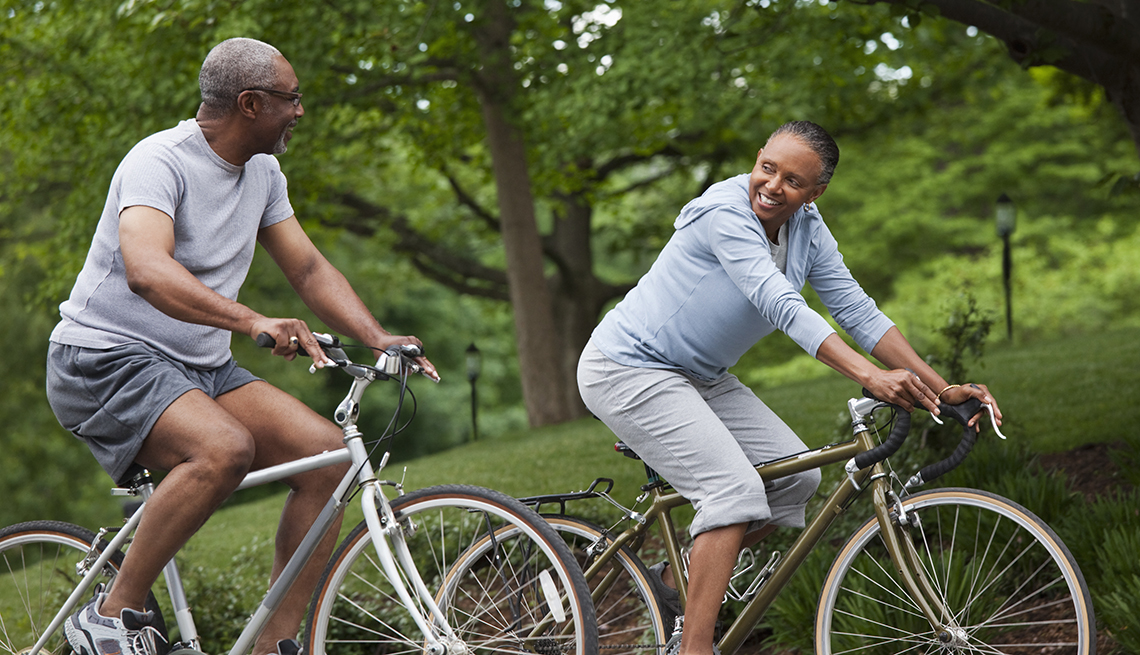 ﻿﻿You’re probably familiar with all the amazing benefits of regular, consistent exercise. It lowers blood pressure, reduces your risk of disease, improves mental health and helps you live a longer, happier life.

Why, then, is it so hard to actually get up and get moving?

More than 80 percent of Americans don’t exercise as much as they should, according to the U.S. Department of Health & Human Services. Among those ages 65 to 74, two-thirds are not physically active. And we’ve all heard the statistics about the overwhelming number of people who don’t follow through on their exercise goals.

“As humans, it’s hard for us to make a decision to do something because it’s good for us over the long term,” says Art Markman, a professor of psychology at the University of Texas at Austin and author of Smart Change.

Fortunately, behavioral scientists have been busy trying to determine what actually works to boost exercise motivation. The next time you’re tempted to make excuses and skip your workout, try one of these science-based strategies to get moving.

Stop making exercise about how you look

Of course you’d like to lose 10 pounds or firm up those arms. But people who have a process goal, such as a target number of exercise sessions a week, are significantly more likely to stick to their workouts than those who focus on a big-picture outcome, like losing weight, a U.K. study found. “Instead of, ‘I want to lose 10 pounds,’ a better goal is, ‘I’m going to exercise on Mondays and Thursdays at 11 a.m.,’ ” Markman says.

Find something you enjoy

Exercise doesn’t have to mean sweating in the gym or endless treadmill time. How about hiking a local greenway, taking a dance class or volunteering to walk dogs at the local animal shelter? “We have this mental image that exercise is doing something that feels like a lot of work,” Markman says. “We forget that taking a walk in a beautiful area with a friend is exercise.” If you choose an activity you genuinely like, research shows you’re much more inclined to stick with it over time.

Write down exactly when and where you will exercise

In one landmark U.K. study, researchers put participants who were planning to start exercising into three groups: One got no information, the second received materials about the health benefits of exercise, and the third filled out a form indicating the single day/time/place (of their choosing) they pledged to exercise vigorously for at least 20 minutes. Two weeks later, the researchers were surprised at the results. An astonishing 91 percent of the third group had followed through, compared with less than 40 percent of the other two groups.

Scientists have determined that we have a finite amount of daily willpower that is drained by decisions and activities throughout the day. To counter that, plan to work out in the morning, before your willpower is depleted and before life can get in the way. A study published in the journal Health Psychology found that it’s easier to develop a healthy habit in the morning, when your cortisol levels are higher, providing more of that get-up-and-go feeling.

Have a plan B

Expect setbacks, but instead of letting them get you down, Markman recommends making a contingency plan. Some studies show that using an “if-then” phrase can be particularly effective. Maybe it’s,“If I don’t get up to go to the gym in the morning, I will take a walk after dinner,” or “If I can’t walk because it’s raining, I will do 10 minutes of physical activity inside.” You can also use an “if-then” statement to tie a nonphysical activity you enjoy (such as listening to an audiobook) to a physical activity: “If I want to listen to the book, then I have to walk.”

One study found that the shorter the distance to the gym, the more likely members were to go. Another shows that people who live in neighborhoods with sidewalks are 47 percent more likely to be active for at least 39 minutes a day than residents of areas without sidewalks. “Your environment can make a huge difference,” says David Maxfield, coauthor of Change Anything. “Set your workout clothes next to your bed the night before, and keep exercise equipment visible and nearby. If you have a treadmill or exercise bike on the first floor, you’re twice as likely to use it than if it’s in the basement.”

If you’ve heard it before, that’s because research shows it works: You’re more likely to exercise consistently if you work out with other people. “It holds you accountable, because you don’t want to let them down by not showing up, and you’ll also have more fun,” says Deborah Feltz, a professor of kinesiology at Michigan State University. In her research, Feltz has found other benefits, too: People who work out with a partner exert more effort and also spend almost twice as much time exercising as those who go it alone. 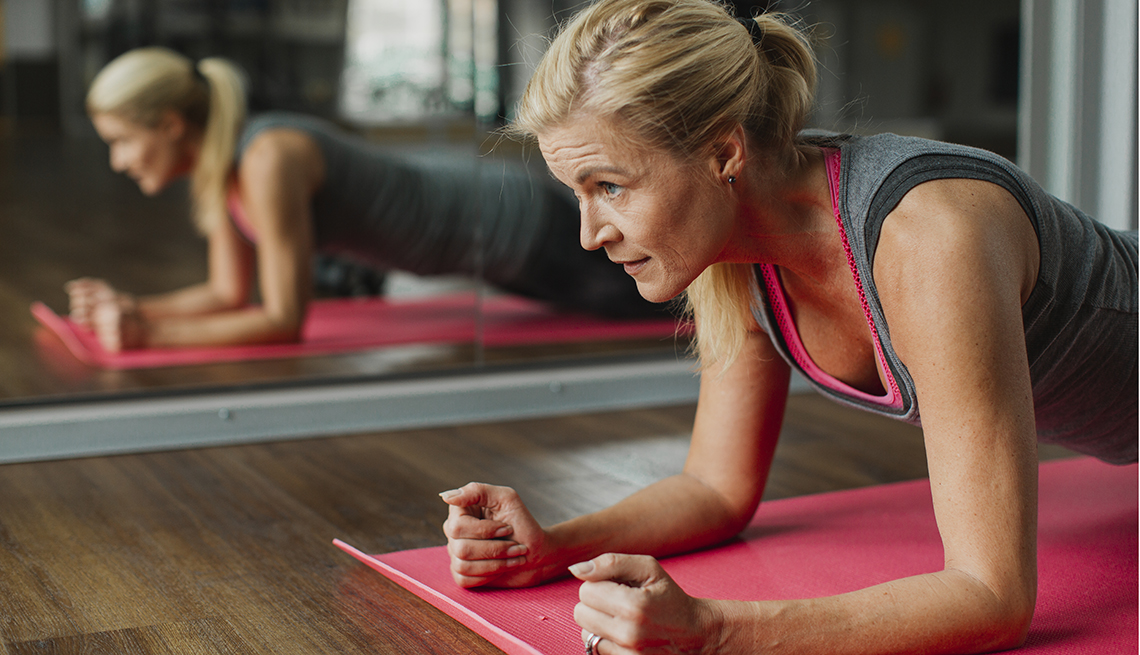 Fitness for Every Age … and Stage

New research points to 50 as a tipping point — for balance, walking speed and more
%{postComment}%