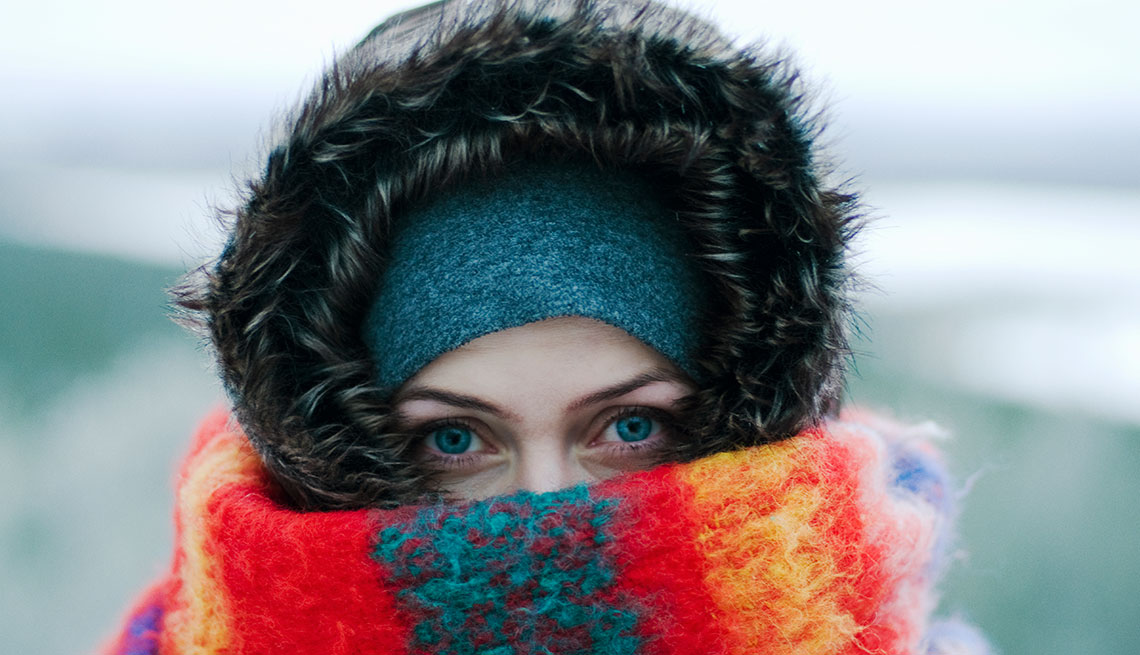 Bundling up may prevent frostbite, but it doesn't do anything to prevent you from catching a cold, medical experts say.

En español |  As temperatures drop many of us start worrying about our health, including the rising risk for colds and fevers. But which fears aren't really based on fact? And what valid health concerns might we be ignoring in the winter? Here are a few winter myths that should be put on ice:

Cold temperatures by themselves don't make you sick, weather.com reports. Colds likely rise in the colder months because people spend more time indoors exchanging germs. But you'll still feel much warmer (and protect yourself from frostbite) by bundling up on a chilly day.

The second part of the old adage "feed a cold, starve a fever" is actually really bad advice, according to many health experts. The saying may have come from a time when it was thought that the body literally became colder when ill, and providing food would warm it up, CNN reported. Conversely, not eating was believed to "cool" a person with fever down.

However, starving yourself could actually makes things worse. Proper nutrition and hydration is critical in preventing and recovering from illnesses and fighting infections. Jon S. Abramson, a pediatric infectious disease expert at Wake Forest School of Medicine, told CNN that when we are sick our metabolic rates skyrocket, and our bodies need more calories to support that high rate. And the hotter a fever becomes, the more energy the body uses. Not replenishing this energy with sugar and electrolytes is very dangerous, Abramson said.

You can skip the sunscreen

Often we just think of sunscreen as we pack up for the beach or a long summer stroll, but even on an overcast winter day, up to 80 percent of the sun's rays can still penetrate the clouds, according to Reader's Digest. Ultraviolet rays can damage the deeper layers of your skin, increasing your risk for skin cancer.

You won't have allergies

“In the winter, most of the allergies that you’re going to suffer from are going to be indoor allergies: mold, cockroaches, dust mites and animal dander,” Joan Lehach told weather.com. Lehach is an allergist and clinical immunologist at Montefiore Medical Center in New York. During the winter you’re more likely to have sinus symptoms, and it could seem like a sinus infection that doesn't go away. If symptoms last more than nine days or recurs often, it could be time to see an allergist for tests.