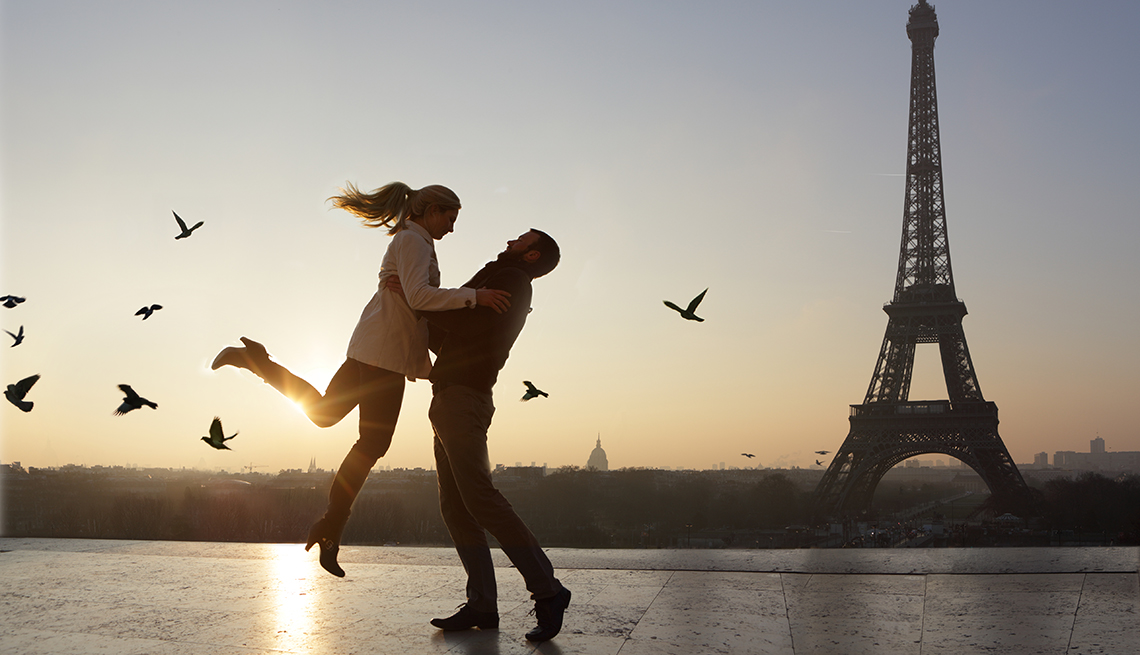 What can we learn from the French about living longer?

Paradox or not, the French are doing something right. Consider this: French women have just nabbed the secondspot in a new global study of life spans in 35 industrialized countries, with French men ranking not too far behind. Women born in France in the year 2030 will live to an average age of 88.6 years — and men will live to 81.7. The U.S., on the other hand, will fare much worse by 2030, when men and women are projected to live to 80 and 83, respectively. As a result, American women will slump to 27th out of 35 countries, from their current 25th spot, while men will fall from 23rd to 26th.

Despite a diet filled with artery-clogging cheese and butter, the obesity rate in France is only 15.3 percent, according to the New York Times. In America, where many gorge on diet soda and frozen dinners, the rate is 36.5 percent. So how does a population that loves steak frites and shies away from the gym manage to stay so healthy and live so long?

Simply put, they're doing a lot of things right. Here are just five tips the French can give us about living longer and healthier lives.

1. The French know that what you consume is extremely important — and the government has taken steps to ensure its citizens eat healthy.

Compared with the United States, the obesity rate in France is low — and yet it's been creeping up in recent years. In order to combat the trend, the government decided earlier this year to ban free refills of sugary beverages. The law took place immediately and applies to restaurants, fast-food chains, schools and camps. The French have taken other steps as well, such as eliminating vending machines from schools in 2005 and placing a tax on sugar-sweetened beverages in 2012. Furthermore, healthy habits are ingrained in the French culture from a young age. The French generally eat smaller portions than Americans, and they usually enjoy only one large meal a day — lunch — whereas Americans often enjoy three. In addition, snacking is rarely encouraged. Even children are taught to take small bites and chew slowly.

2. They know that sex should continue to be a key part of life as you age.

Studies reveal that 90 percent of Frenchwomen older than 50 remain sexually active, compared with only 60 percent of American women. Not only are all these rolls in the hay fun, but they also have the potential to help you live a longer life. Sex gives you a quick cardiovascular boost because it gets your heart rate up, and it has also been shown to help bring down blood pressure. And sex can ward off stress by flooding your brain with endorphins. It also helps you sleep. All we can say is ooh la la!

3. They know walking is the best exercise.

The French often look askance at Americans who talk incessantly about working out at the gym. Instead of sweating it up in spin class, the French tend to incorporate walking into their daily routines. They take the long way home when walking the dog and opt for stairs in lieu of elevators. According to some studies, the average French citizen walks significantly more than the average American. Brisk walking not only bestows cardiovascular benefits, but it also gives you a nice workout without damaging your joints.

4. They know that a little wine can be good for you.

It's true that the French appear to be drinking less wine than they used to. Research has found that more than half of adults were consuming wine on a near-daily basis in 1980. Today that number has fallen to below 17 percent. And yet there's no doubt many in France still enjoy wine with their meals — but without overdoing it. Multiple studies have shown that consuming a moderate amount of alcohol not only benefits your cardiovascular health, but it also may reduce your risk of dementia. Moderate drinkers also may be at less risk for type 2 diabetes and gallstones. Of course, drinking too much alcohol is never a good idea.

5. And they know that a slower pace of life is the way to go.

When Americans talk about getting a coffee, they usually mean dashing into a Starbucks or Dunkin' Donuts and grabbing a takeaway latte. When the French talk about getting a coffee, more often than not they mean actually traveling to a cafe, sitting down at a table and sipping a coffee that's not in a paper cup — usually with a friend. Dining is a time to relax, savor a varied diet and talk about the day. Americans often rush through mealtime while checking their email every few seconds. Talk about raising your stress level! And what about time off? Americans are used to getting two weeks of vacation a year, while in France, workers generally get at least 30 paid days off — if not more.