Is Your Dish Sponge Dirtier Than Your Toilet?

Even sanitizing it doesn't kill all the bacteria 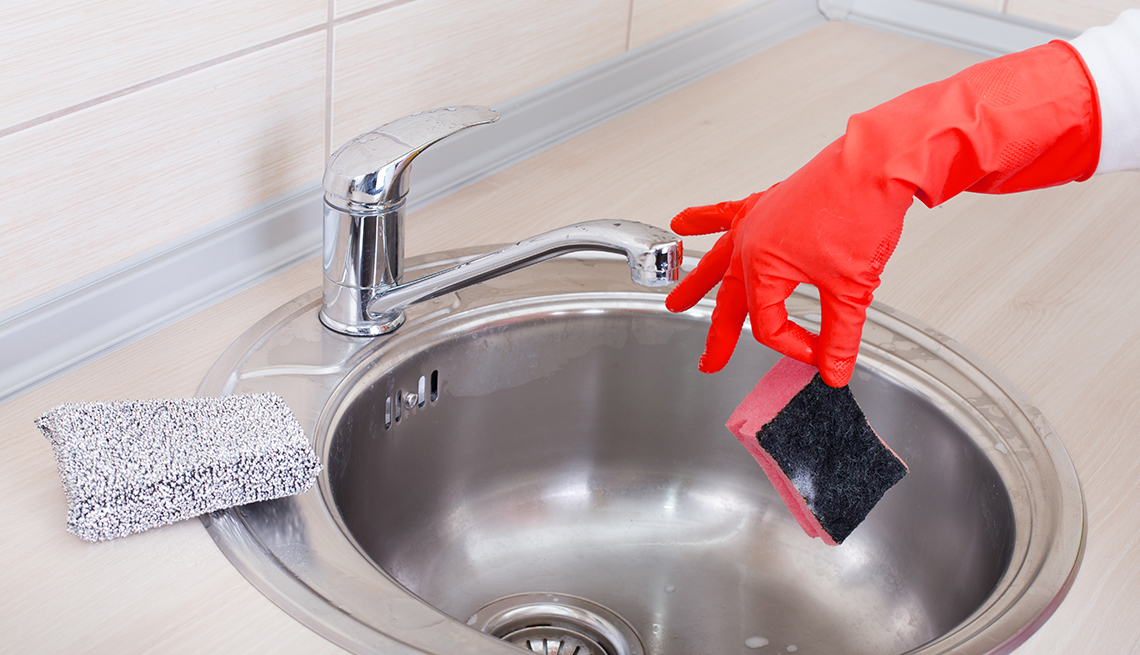 While most of the bacteria found in sponges are not harmful, there are some pathogens that could cause infections in humans.
Getty Images
By:
Kim Hayes
AARP
En español
Aug 02, 2017

Dangerous bacteria can linger in a dish sponge even after attempts to sterilize it, according to a new German study published in the journal Scientific Reports.

Researchers from Furtwangen University described kitchen sponges as a "common microbial hot spot," International Business Times reports. The study included DNA analysis of 14 kitchen sponges taken from private households that found 362 kinds of bacteria, even more than typically found on a toilet. Because sponges are primarily moist and designed for absorption, they have the potential to pick up bacteria like salmonella, E. coli and staphylococcus.

Most of the bacteria found were not harmful, but there were pathogens that could cause infections in humans, the researchers said. They also noted that "kitchen sponges not only act as a reservoir of microorganisms but also as disseminators over domestic surfaces, which can lead to cross-contamination of hands and food, which is considered a main cause of foodborne disease outbreaks."

Researchers also found that previously recommended cleaning methods, such as microwaving a sponge, kills only about 60 percent of the bacteria. And some bacteria may even multiply after cleaning the sponge because the resistant strains recolonize. The study recommends that people replace sponges weekly to reduce bacteria risk.

Here are other germ offenders that you may not have thought about.

Your toothbrush holder is the third most germ-infested household item, according to a study from NSF International, a nonprofit public health group based in Michigan. To keep it clean, close the lid on the toilet when you flush and put the holder into a dishwasher on the sanitizing cycle once or twice a week (if it's dishwasher safe) to kill any germs.

A British study found that the average purse is three times dirtier than an office toilet seat and that 1 in 5 handbag handles contain enough germs to pose a significant risk of cross-contamination from the handle to your hand. Nonleather bags can be wiped down with an antibacterial cloth. For leather bags, wipe with a soft cloth and warm, soapy water.

According to British cleaning company CSG, the most germ-ridden place in an office is the telephone, with 25,127 microbes per square inch; followed by the keyboard, with 3,295 microbes; and the computer mouse, with 1,676 microbes. Use an antibacterial wipe on your office equipment daily, and regularly wash or sanitize your hands throughout the day.