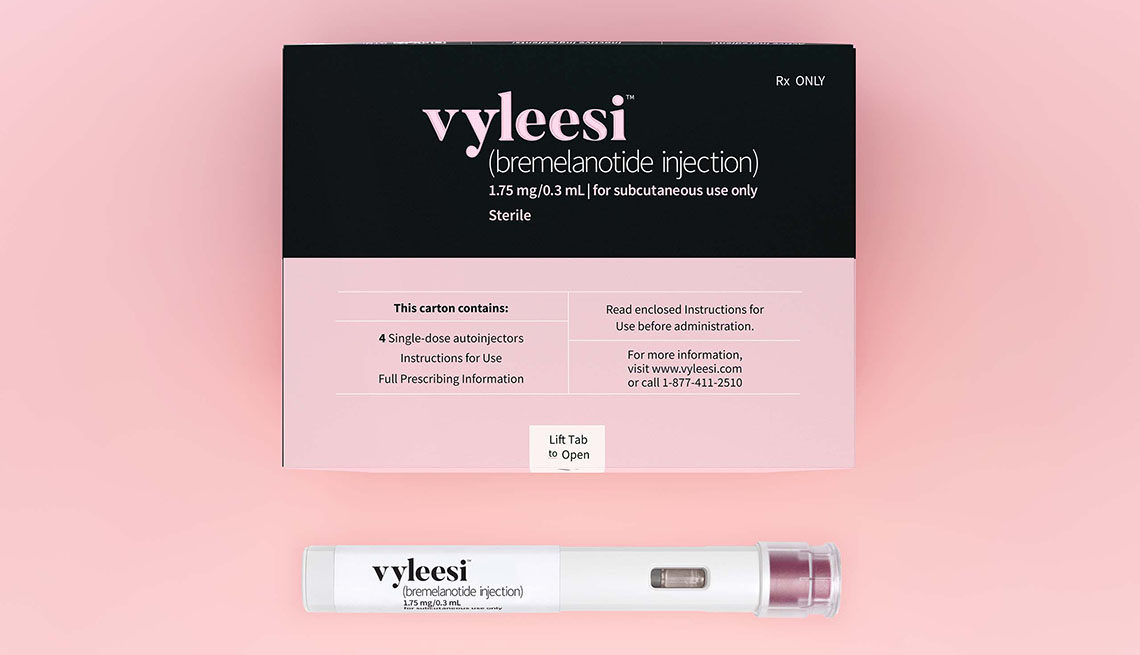 "This is a great new option for women, giving women a second FDA approved medication for decreased sexual desire,” says JoAnn Pinkerton, M.D., professor of Obstetrics and Gynecology at the University of Virginia Health System and executive director of the North American Menopause Society (NAMS). The only other drug on the market for this purpose was approved by the agency in 2015.

Taken via a pushpen injection “at least 45 minutes before anticipated sexual activity,” Vyleesi is approved specifically for women “who have reduced sexual desire that causes marked distress,” a condition also known as generalized hypoactive sexual desire disorder (HSDD). The drug was also approved for premenopausal women in particular, which was the group studied in the clinical trials.

While the approval announcement kicked off immediate comparisons to Viagra, the drug actually works more like Prozac, targeting receptors in the brain that influence desire. The FDA's statement noted that Vyleesi activates such “melanocortin receptors,” but that the specific “mechanism by which it improves sexual desire and related distress is unknown.” Information from the drugmakers, AMAG Pharmaceuticals, said the drug reduces inhibition and increases “neural excitation."

The drug's effectiveness and safety were studied in two 24-week, randomized, double-blind, placebo-controlled trials in 1,247 premenopausal women with HSDD. Most patients used Vyleesi two or three times per month, and about 25 percent reported what's been described as a “significant” increase in their sexual desire.

Lauren Streicher, a clinical professor of Obstetrics and Gynecology at the Northwestern University Feinberg School of Medicine, says that limiting study participants to premenopausal women was largely “a matter of practicality for getting [the study] through the clinical trials,” and she expects many doctors will prescribe the drug for postmenopausal women as well, just as they have done with the only other drug approved for low libido, Addyi (flibanserin).

That said, Streicher notes that “with age there can be other factors that may impact on efficacy or the side-effect profile” of Vyleesi, explaining that postmenopausal women with common age-related comorbidities — such as heart disease or diabetes — won't be candidates for the drug, which is approved specifically for low libido in the absence of any other medical, as well as relationship, issues.

"My suspicion is, if we use the drug on an older population it probably won't work as well as it would in a younger population,” Streicher notes. “Having said that, will I prescribe it to postmenopausal patients after doing a very, very careful evaluation of factors that might impact its use? ... Yes."

Unlike with the older drug Addyi, this new option does not come with any restrictions about combining it with alcohol. Its most common side effects include nausea and vomiting, flushing, injection site reactions and headache.

In the clinical trials, Vyleesi increased blood pressure after injection, which usually resolved within 12 hours. Because of this effect, Vyleesi should not be used in patients with uncontrolled high blood pressure or in those with known cardiovascular disease.