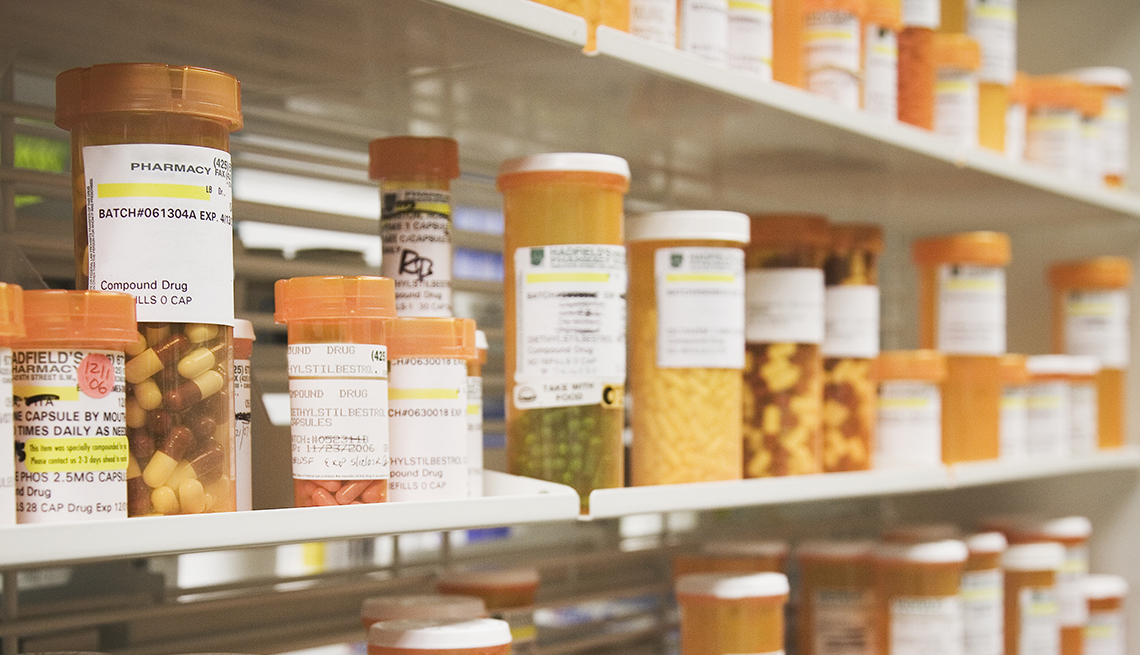 En español | The retail prices of some of the most popular prescription drugs older Americans take to treat everything from diabetes to high blood pressure to asthma increased by an average of 8.4 percent in 2017, far exceeding the 2.1 percent inflation rate for other consumer goods and services, according to a new report from the AARP Public Policy Institute.

AARP’s “Rx Price Watch Report: Trends in Retail Prices of Prescription Drugs Widely Used by Older Americans: 2017 Year-End Update” documents the relentless rise in the sticker prices of brand-name drugs. The report shows that the annual average retail cost for just one popular brand-name drug among the 267 that AARP studied would have been nearly $6,800 in 2017. But had pharmaceutical price increases been limited to the country’s general inflation rate between 2006 and 2017, that cost would have been more than $4,600 lower. Retail prices increased in 2017 for 87 percent of the brand-name drugs studied.

These continuing hikes in name-brand prices “have huge implications for the people that AARP represents because they tend to take a lot of prescription drugs,” says Leigh Purvis, director of health services research for the AARP Public Policy Institute (PPI) and coauthor of the report. The average older American, she says, takes 4.5 prescriptions each month.

While the majority of older Americans enrolled in Medicare have coverage for their prescriptions, Purvis says these hefty increases in the retail price of drugs still affect Medicare beneficiaries and all U.S. consumers. “Even if you aren’t paying the full drug price yourself, your insurance is paying the rest,” Purvis explains. Such costs will ultimately affect everyone with health care coverage in the form of higher insurance premiums, deductibles and cost sharing at the pharmacy.

This new AARP report does show that the 8.4 percent average price increase comes after five straight years of double-digit-percentage price increases. “There has been a lot of increased attention on prescription drug prices and an influx of legislation that would require drug manufacturers to justify substantial price increases,” Purvis says, as a possible explanation for the slight slowing in price increases. So-called drug price transparency legislation supported by AARP has passed at the state level, and several similar bills have been introduced in Congress.

Big drug companies are price-gouging older Americans, and AARP has important new data to prove it.