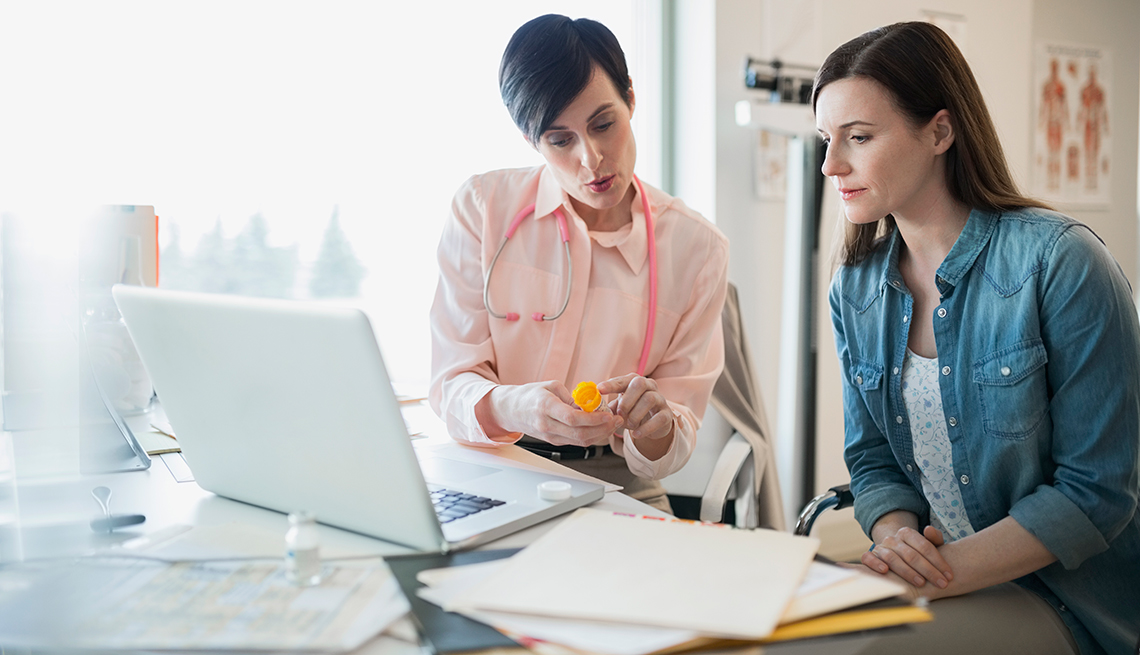 In a recent study 61 percent of respondents did not speak with their health care providers about drug prices.

The vast majority of patients between 50 and 80 years of age don’t talk to their health care providers about the cost of the medicines being prescribed for them or about whether less costly alternatives are available. That’s one finding of a new University of Michigan poll sponsored by AARP and Michigan Medicine, the university’s academic medical center.

Nearly two-thirds of those responding to the University of Michigan National Poll on Healthy Aging said they took two or more prescription drugs. In addition, 27 percent of those surveyed said that the cost of their prescription drugs posed a financial burden.

“We know that if patients don’t fill their prescriptions and take their drugs it will not help them maintain their health,’’ said Preeti Malani, director of the poll and a professor of internal medicine at the University of Michigan Medical School. What these poll results suggest, Malani said, is an opportunity for doctors and their patients to talk about the affordability of the medicines being prescribed.

“The message to patients,” Malani said, “is don’t be afraid to ask. One of the things we found in the poll is that among those who said they had a conversation with their doctor about costs, 67 percent got a recommendation for a less expensive drug.” 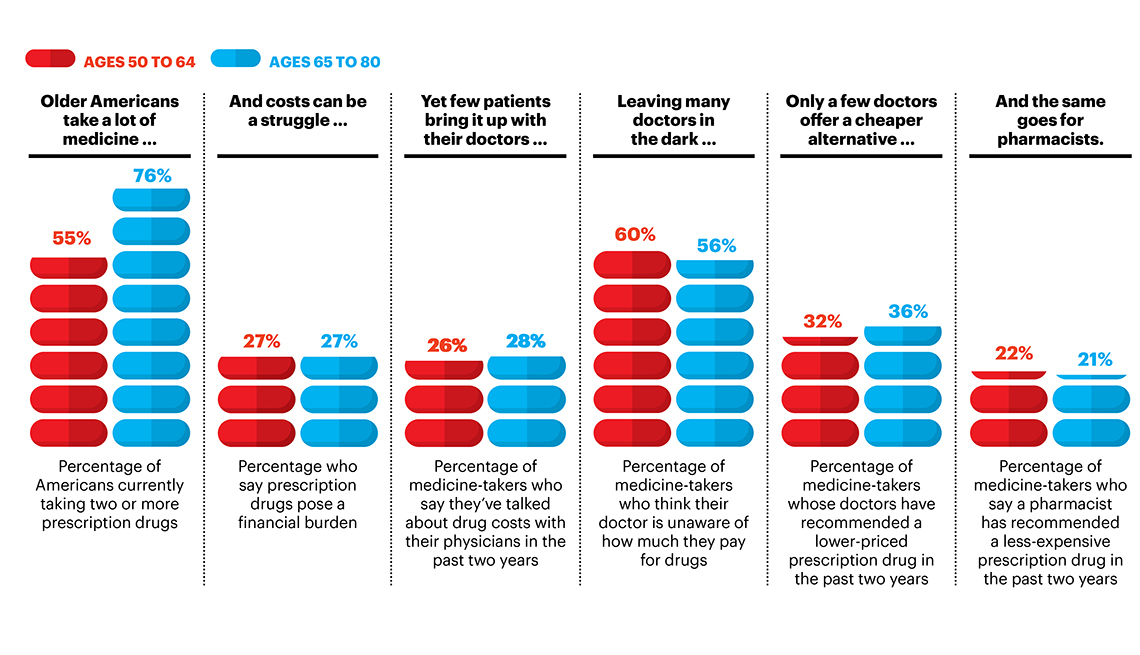 Alison Bryant, senior vice president of AARP Research, said the issue is complicated by variations among insurance plans. “Talking to your doctor or pharmacist is especially important, as out-of-pocket costs can vary greatly depending on the insurance coverage that midlife and older adults have, as well as on the price of the drug set by the manufacturer,” she said. “Working with your doctor or pharmacist to find a less costly alternative may help to reduce your overall cost burden.”

Malani said the poll also revealed a message to clinicians: Make the cost of prescription drugs a routine part of the conversation you have with patients.

While patients may assume that their doctors know the cost of the drugs they are prescribing, Malani said that’s often not the case. “Doctors in clinics seeing patients don’t necessarily know how much the drugs cost,’’ she said, especially since the cost of drugs depends on the patient’s insurance coverage.

So Malani again urges patients to speak up. If patients fill a prescription and experience sticker shock, Malani suggests they call the physician and ask if there is a less expensive alternative that is just as effective.

And don’t forget: “Pharmacists are an underused resource,” Malani said. “They are in the know about what insurance covers. If the cost of a drug is higher than expected, talk to the pharmacist about alternatives.”

Patients should also comparison shop, as prices can differ depending on whether the patient uses a prescription discount card, enrolls in a mail order program or qualifies for a patient assistance program from a pharmaceutical company, advocacy organization or state government.

The National Poll on Healthy Aging is a new initiative based at the U-M Institute for Healthcare Policy and Innovation and sponsored by AARP and Michigan Medicine. The nationally representative sample of 2,131 people was split almost equally between those ages 50 to 64 and those ages 65 to 80. The poll has a margin of error of plus or minus 2 to 4 percentage points.