Getting a Second Booster? 5 Tips to Improve Your Immune Response 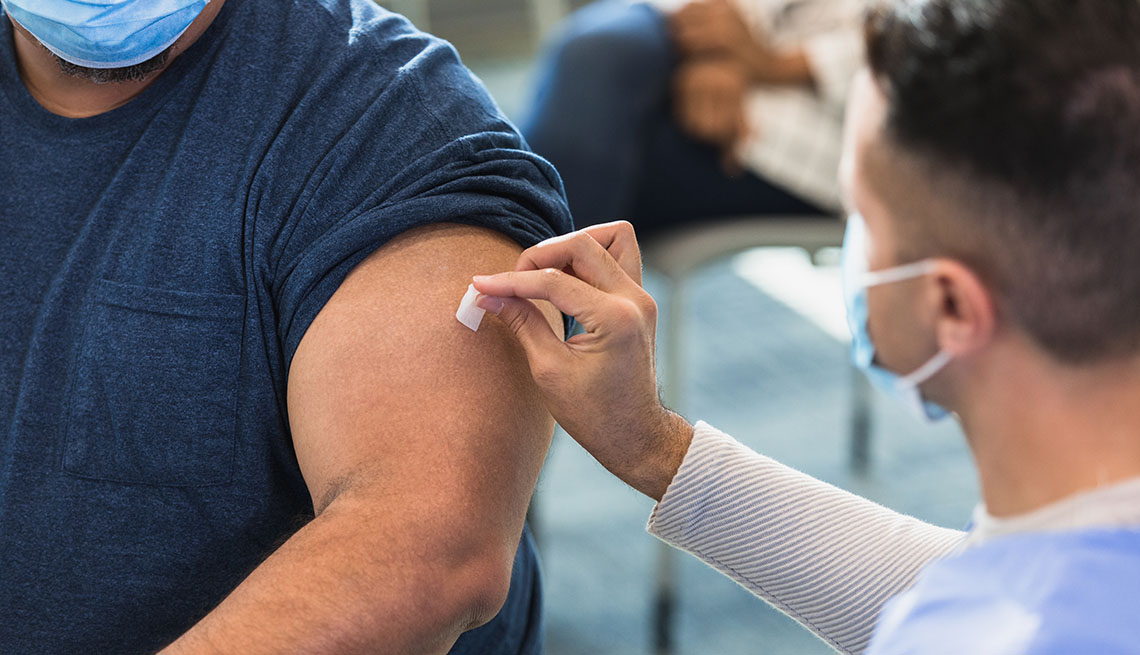 If you are 50 or older, the Centers for Disease Control and Prevention (CDC) now recommends a second COVID-19 booster shot of either the Pfizer-BioNTech or the Moderna vaccine at least four months after getting the first booster.

As Yale New Haven Health Chief Clinical Officer Thomas Balcezak explained, the vaccines have been proved to reduce the risk of hospitalization and death from COVID-19, but the level of protection does start to wane. A recent CDC analysis found that after four months, the effectiveness of a booster shot in preventing hospitalizations declined from 91 to 78 percent.

“It’s really important, I think, for folks over the age of 50, particularly those who have comorbid conditions like diabetes or underlying lung disease, to go ahead and seek and get that booster now,” Balcezak said during a recent press conference streamed on Facebook and Zoom.

If you are planning to do so, there are a few things you can try — or avoid — to improve your body’s response to the booster and potentially give yourself better protection against the disease.​

Studies have shown that sleep matters when it comes to enhancing your response to vaccines. “Getting sufficient high-quality sleep on a regular basis strengthens your body’s immune system and optimizes your response to a vaccine,” American Academy of Sleep Medicine President Kannan Ramar, M.D., said in a statement.

A 2020 study in the International Journal of Behavioral Medicine found that the flu vaccine appears to be more effective in people who get adequate sleep for the two nights prior to receiving the shot. Similar results have been found in other studies on vaccines for hepatitis A and hepatitis B, which showed lower antibody responses among individuals who got less sleep.

“Studies have shown that normal sleep after vaccination strengthens the immune response against an invading antigen and this immunity-boosting effect of sleep is clinically significant,” Khurshid A. Khurshid, M.D., director of the UMMHC/UMMS Center for Neuromodulation at the University of Massachusetts Medical School, said in a statement. “A good night’s sleep before and after vaccination could be very advantageous.”​

Consider taking a long brisk walk or bicycle ride after you get your booster shot. Researchers at Iowa State University have observed that 90 minutes of mild- to moderate-intensity exercise may help your body produce more antibodies. The same, however, was not true after just 45 minutes of exercise that keeps the heart rate at around 120 to 140 beats per minute, according to the study, which appears in the journal Brain, Behavior, and Immunity. The researchers found a similar bump in antibody production in mice tested on treadmills.​

Study lead author Marian Kohut, a professor of kinesiology, suggested in a statement that there are several possible explanations for why exercise may boost antibody production, including the benefit of increased blood flow. She also said that interferon alpha, a protein produced during exercise, could help generate virus-specific antibodies and T cells.

“But a lot more research is needed to answer the why and how. There are so many changes that take place when we exercise — metabolic, biochemical, neuroendocrine, circulatory. So, there’s probably a combination of factors that contribute to the antibody response we found in our study,” Kohut said.​

3. Time of day for vaccine

Researchers at Massachusetts General Hospital, Brigham and Women’s Hospital and the University of Oxford have found some evidence that getting your COVID vaccine in the afternoon produces a stronger response than a morning jab. Appearing in the Journal of Biological Rhythms, the study of 2,784 health care workers in the United Kingdom revealed “a significant effect of the time of vaccination on anti-spike antibody levels” after the subjects received either the Pfizer mRNA or AstraZeneca Adenoviral vaccine. For individuals who got a morning shot, the researchers noted that both vaccines produced a robust antibody response in participants.

“Our observational study provides proof of concept that time of day affects immune response to SARS-CoV-2 vaccination, findings that may be relevant for optimizing the vaccine’s efficacy,” study co–senior author Elizabeth Klerman, M.D., a research investigator at Massachusetts General Hospital and professor of neurology at Harvard Medical School, said in a statement.​

Having a salad before you get your shot likely won’t boost your immune system, but there is evidence that a healthy plant-based diet may reduce your risk of severe illness or death from COVID-19.

“A healthy vegan diet can benefit a large group of individuals who fail to respond adequately to vaccination yet do not have a classic immunosuppression condition,” Saray Stancic, M.D., director of medical education at the nonprofit Physicians Committee for Responsible Medicine and a faculty member of Rutgers New Jersey Medical School, said in a statement.

In a commentary appearing in the American Journal of Medicine, Stancic and colleagues suggest that doctors should refer patients to nutrition experts to give them ways to address obesity, lipid disorders, blood pressure and diabetes that put them at higher risk of severe COVID-19.

“Evidence suggests that such efforts will be rewarded. The smartphone-based COVID Symptom Study including 592,571 participants of whom 31,815 developed COVID-19 found that dietary patterns that were highest in fruits, vegetables and plant-based foods in general were associated with a 41 percent lower risk of severe COVID-19 and a 9 percent reduction of COVID-19 infection of any severity, compared with diets lowest in these foods,” they wrote.​

Most people who take medication can get a COVID-19 vaccine, according to the CDC. If you have been prescribed a drug to suppress the immune system, you should consult your health care provider about getting a COVID-19 booster. Be sure to ask about the best timing for you to receive a vaccine.​

The CDC also cautions against trying to prevent vaccine-related side effects by taking over-the-counter medications such as ibuprofen, aspirin or acetaminophen ahead of your booster. Similarly, the agency warns Americans not to take antihistamines before the shot to try to prevent allergic reactions. If you routinely take these medications for other reasons, the CDC says you should continue taking them before getting vaccinated.

Peter Urban is a contributing writer and editor who focuses on health news. Urban spent two decades working as a correspondent in Washington, D.C., for daily newspapers in Connecticut, Massachusetts, Ohio, California and Arkansas, including a stint as Washington bureau chief for the Las Vegas Review Journal. His freelance work has appeared in Scientific American, Bloomberg Government and CTNewsJunkie.com.

Should You Still Wear a Mask Indoors?