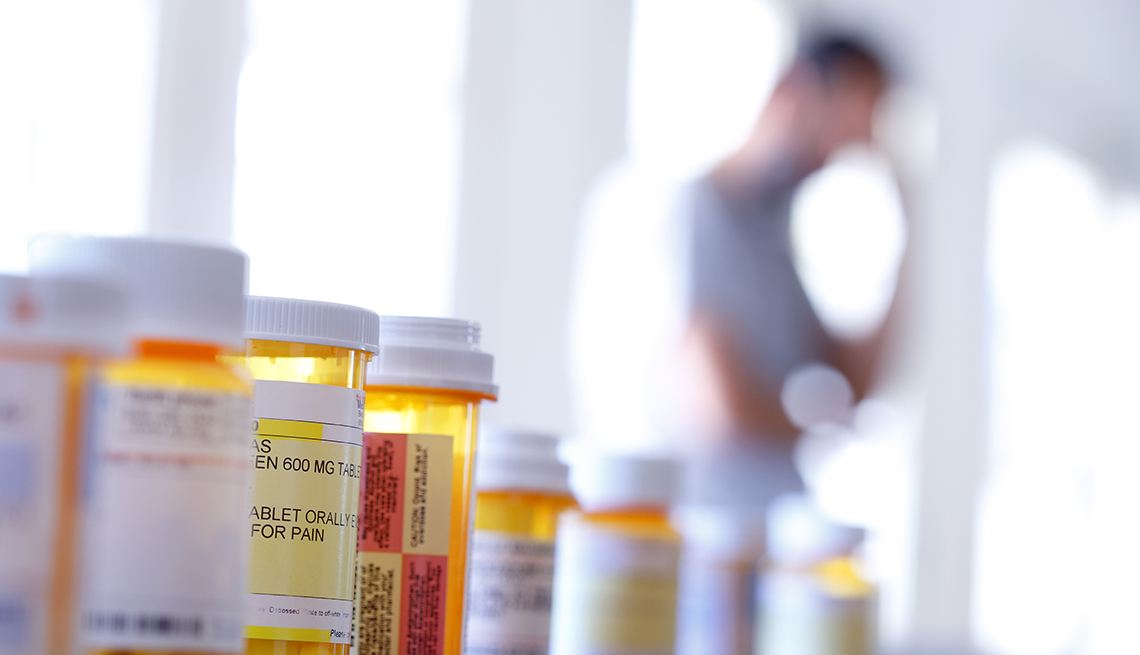 It has been called “most consequential preventable public health problem in the United States.” Indeed, the opioid epidemic is a national crisis with devastating consequences. The numbers are an eye-opener. Overdose deaths involving this highly﻿ addictive class of drugs — which includes natural opioids prescribed for pain﻿, like morphine and codeine, plus synthetic versions﻿, such as fentanyl and heroin — have increased over six times since 1999, according to the Centers for Disease Control and Prevention (CDC).﻿ There were an estimated 100,306 drug overdose deaths from opioids in the U.S. during ﻿the 12-month period ﻿from May 2020 ﻿through April 2021, an increase of 28.5 percent from the 78,056 deaths during the same period the year before.

While the synthetic forms of opioids like fentanyl have been behind more overdose deaths in recent years, with older adults “it often takes the form of prescription opioid pain medication misuse,” says Robert G. Sise,﻿ M.D., a psychiatrist specializing in addiction in Billings, Montana.

The problem: Opioids are extremely addictive. The drugs trigger the release of endorphins, natural chemicals released by your body’s nervous system to deal with pain or stress. Repeated use can lead to tolerance, where the body begins to slow its own production of endorphins, according to the Mayo Clinic, and may cause users to seek higher dosages or more potent forms of the drug. (Opioids’ high addiction rate has led to thousands of lawsuits against opioid manufacturers, including Johnson & Johnson.)

Screening for substance misuse among older adults is often lacking, says﻿ Maryann Mason, an associate professor of emergency medicine at Northwestern University’s Feinberg School of Medicine and lead author of the﻿ JAMA Network Open study. She ﻿says ageism is one reason: Simply put, people have a hard time believing ﻿that older adults could fall prey to substance abuse. “I think it goes back to how we see older adults, which is that they are ﻿Grandpa and ﻿Grandma, who bakes cookies,” says Mason. “Health care providers are saying, ‘Of course, they’re not into that. They’re older adults.’ But that’s what the study tells us: You can’t assume.”

﻿A number of factors may be behind opioid use disorder among older adults. First, chronic medical conditions that ﻿plague many of us as we age — arthritis and cancer among them — may be treated with opioids.

Older patients are also sometimes simultaneously prescribed multiple medications, which can lead to dangerous drug interactions. (A 2015 study of Medicare Part D claims found that opioid users filled an average of 52 prescriptions per year from approximately ﻿10 drug classes, and more than 20 percent of opioid users took more than ﻿10﻿ medicines﻿ concurrently.)

Then there’s cognitive decline, which can lead to drug problems in two ways﻿. Poor cognitive functioning may ﻿make it difficult for patients to take opioids as prescribed, for one.﻿ Meanwhile, says Mason, “some of the markers for cognitive dysfunction are also markers for opioid misuse, so the two can often get confused” and lead to misdiagnosis.﻿ What’s more, aging interferes with the body’s ability to metabolize opioids efficiently, increasing the risk of adverse reactions, a potential contributor to fatal overdoses.

Other potential issues are psychological. Social isolation and depression, associated with a﻿ging﻿ — particularly during the COVID crisis — may be risk factors for opioid use and abuse in older adults. And then there’s the stigma of substance use disorder, which may make ﻿older patients less likely to report any drug dependency to their physicians.“Some of that comes from a perception of ‘I’m an older adult — I should have my stuff together. I’m at a point in my life where I should be control﻿ling things,’﻿ ” Mason﻿ says. “It makes people feel ashamed when they do have an issue.”

Black men are particularly vulnerable. By 2019, the opioid overdose fatality rate among Black men 55 years ﻿and older was 40.03 per﻿ 100,000 population, four times ﻿the overall opioid overdose fatality rate of 10.70 per 100,000 for people of the same age, according to a Jama Open Network report published this month.﻿ Experts note that this may in large part be due to what is known as social determinants of health. For example, Mason﻿ says, ﻿Black men are more likely to live in low-resource communities, where violence and interactions with the criminal justice system are commonplace.

“These sorts of things can create a trauma which can be related to people seeking relief in substances,” Mason﻿ says. “This is also a population that is underinsured and has limited access to health care and drug treatment programs.”

But experts point to another possible reason behind the surge. Black Americans were less ﻿affected by the opioid epidemic in the 2000s because they have historically been underprescribed opioids for pain﻿ — in part because providers may have biases in how they perceive pain among minority patients.﻿ ﻿ (A 2016 study from Princeton University found that 40 percent of medical students believed black patients were less sensitive to pain.) The rate of opioid overdose deaths among Black men began to rise around 2013, when the potent synthetic opioid fentanyl, 50﻿ to﻿ 100 times more powerful than morphine, found its way into the illicit drug market — a period the CDC has identified as the third wave of the opioid epidemic.

Says Mason, “Some of these deaths may be among people who were not regular opioid users who perhaps had a long-standing issue with different types of illicit drugs, such as cocaine.”

Mason says there’s lots of work needed to reverse this disheartening trend. That might include:

As grim as the situation may be, there is reason to be optimistic, Mason adds. Older adults possess a wealth of attributes that bode well for treatment success, including the wisdom and self-awareness that come from decades of life experience, decision-making skills and the ability to manage emotion. “If this age group gets treatment for substance use, it can turn out very well,” she ﻿says. “In some ways, we expect them to be more successful [than younger people], if they get to treatment.”

Identifying an addiction in an older adult can be particularly difficult if the person is already suffering from dementia or cognitive decline. Even so, there are indicators to look out for says Christopher Garrett, a spokesman for the U.S. Department of Health and Human Services. They include increased falls, memory loss, high blood pressure that remains elevated, depression and worsening liver function.

Outside of the health signs, he suggests that you take note of unexplained losses of funds, changes in the person’s personality or behavior, and an inability to meet responsibilities that were easily accomplished in the past.

Another red flag: a strong psychological attachment to the drug or a ritual around using the substance. “The individual will express an emotional connection to the drug,” says Brien Gleeson, an addiction counselor at Mayo Clinic Health System. “That emotional connection has the individual willing to compromise other values or attachments, and when that connection is threatened, the person is likely to become defensive.” —Donna Fuscaldo

How a Drugmaker Bribed Doctors, Cheated Insurers and Helped Fuel the Opioid Epidemic

Insys Therapeutics profited off an addictive drug that 8,000 Americans died while taking

Understanding the Complex Issue of Pain﻿

New research is shaping the medical understanding of chronic pain