Nearly a third of U.S. adults have this little-known disease 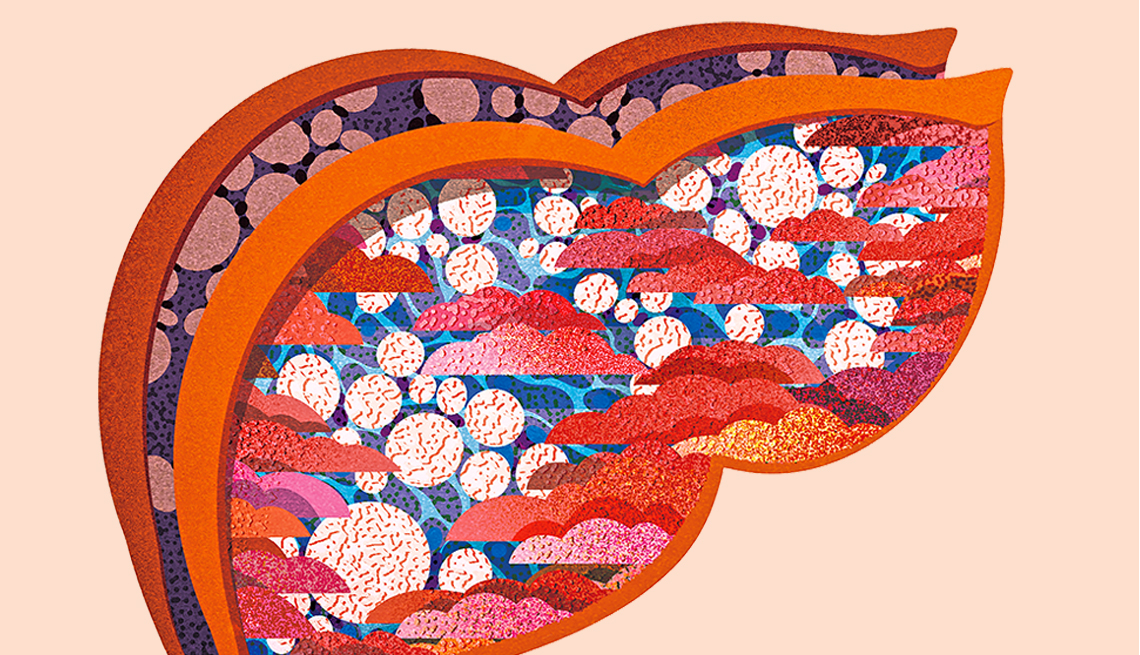 Cesar Alvarez had never had a drink in his life. So he was surprised when, at age 47, his doctor told him something was wrong with his liver. Alvarez had been taking high levels of painkillers to manage rehab from knee surgery, and at first doctors attributed his abnormal tests to the meds. But several months later, Alvarez began to feel sick.

"I lost all motivation. Just walking to my car from the house exhausted me,” Alvarez recalls. “And then my skin turned yellow.” His doctor recommended a liver biopsy, which revealed Alvarez had nonalcoholic fatty liver disease, or NAFLD, a once-rare condition first identified in the 1980s.

Alvarez's problem began when, working as a firefighter in Los Angeles, he was seriously injured on the job and bedridden for a year. While immobilized, he rapidly gained 30 pounds. His doctors theorized that his weight gain, possibly exacerbated by painkillers, caused his liver to accumulate the fat that showed up on his biopsy and triggered a swift downward spiral.

Obesity and your liver

While not exactly “bedridden,” most of us have seen a significant reduction in our physical activity levels over the past year. That means an increase in a wide array of weight-related health issues, including NAFLD, which affects an estimated 80 million to 100 million American adults. Its rising incidence parallels the rise in obesity, which has increased in three decades from an estimated 23 percent to 42.5 percent of the U.S. population.

For most people, fatty liver is a benign, symptomless condition that's sometimes detected incidentally when blood work reveals a mild increase in liver enzymes, or a gallbladder ultrasound picks up fatty deposits in the liver. Because it doesn't typically progress to an illness, routine screening for the condition has not been recommended.

However, a small number of individuals, like Alvarez, develop a more serious condition known as nonalcoholic steatohepatitis, or NASH, a form of hepatitis that can progress to fibrosis (scarring) and cirrhosis. An estimated 3 percent to 12 percent of the general population will develop NASH. Rates are rising so quickly that it's hard to predict at what point they will plateau. In 2018 complications of fatty liver became a leading cause of liver failure and the most common reason for a liver transplant, says Douglas Dieterich, M.D., director of the Institute for Liver Medicine at the Icahn School of Medicine at Mount Sinai Health System in New York.

To screen or not to screen

People with fatty livers often also have high cholesterol, high blood sugar and high blood pressure. That's why those with NASH plus other risk factors have a 35 percent increase in overall mortality, primarily from some form of cardiovascular disease.

Some experts recommend a biopsy for people with fatty liver, particularly individuals with associated risk factors. But the routine use of biopsies for NAFLD is controversial.

Liver biopsy is an invasive procedure that can be fatal in rare instances, especially among older individuals and those with cirrhosis, low platelet counts or bleeding problems. Noninvasive diagnostic methods, such as ultrasound, are less reliable than biopsy but may be used to predict liver scarring and to estimate risk.

But Ronald Koretz, M.D., a liver specialist and emeritus professor of clinical medicine at UCLA, says he believes in the medical maxim that doctors shouldn't order tests that won't change what they do. This is particularly relevant for fatty liver, he says, because the recommendations remain the same: exercise and weight loss for overweight patients, along with treatment of underlying conditions, such as diabetes and high cholesterol.

Getting control of your weight

If you're significantly overweight, especially in your midsection, or think you're otherwise at risk for NAFLD:

Jeanne Lenzer is a medical investigative journalist. Her newest book, The Danger Within Us, focuses on the medical device industry.

Protect Yourself From Hepatitis A Outbreaks

Who Really Needs the Hepatitis B Vaccine?