Stress Can Turn Your Hair Gray

Harvard study reveals the biology behind it 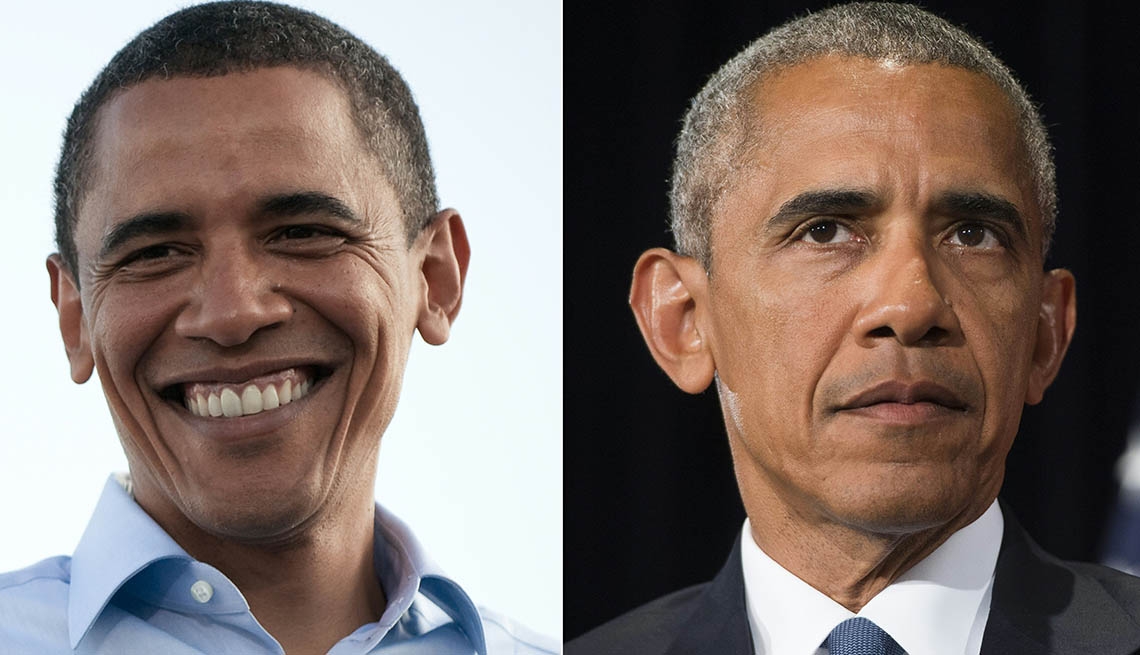 Former presidents George W. Bush, Bill Clinton and Barack Obama all have one obvious thing in common: They went gray while serving in the White House. As it turns out, the stress of the job may actually have been a factor.

Researchers at Harvard University have found that stress can accelerate the graying process and have determined the biology behind the phenomenon — at least in laboratory mice.

"Everyone has an anecdote to share about how stress affects their body, particularly in their skin and hair — the only tissues we can see from the outside,” said Ya-Chieh Hsu, a cellular biologist at Harvard, in a press release.

"We wanted to understand if this connection is true, and if so, how stress leads to changes in diverse tissues. Hair pigmentation is such an accessible and tractable system to start with — and besides, we were genuinely curious to see if stress indeed leads to hair graying,” Hsu said.

Figuring out if there is an actual connection between stress and hair graying was a complicated task, but eventually Hsu and her fellow researchers found their answer in the “fight-or-flight response,” a term coined in 1915 by Harvard Medical School professor Walter Cannon. She theorized that a survival mechanism in animals is triggered by threats that stimulate the sympathetic nervous system to prepare them to run away or fight.

Gray or white hair is a result of a lack of pigmentation. Hair follicles have a storehouse of stem cells that can be converted into pigment cells when new hairs form, but the stockpile is limited.

In experiments on laboratory mice, the researchers found that hair-raising experiences cause sympathetic nerves to release norepinephrine, which causes excessive activation of stem cells. Those cells migrate from the storehouse and become pigment cells or move to the skin. Once gone, the follicles can no longer create pigment cells.

"When we started to study this, I expected that stress was bad for the body — but the detrimental impact of stress that we discovered was beyond what I imagined,” Hsu said.

"After just a few days, all of the pigment-regenerating stem cells were lost. Once they're gone, you can't regenerate pigments anymore,” she added. “The damage is permanent."

The study was recently published in the journal Nature.