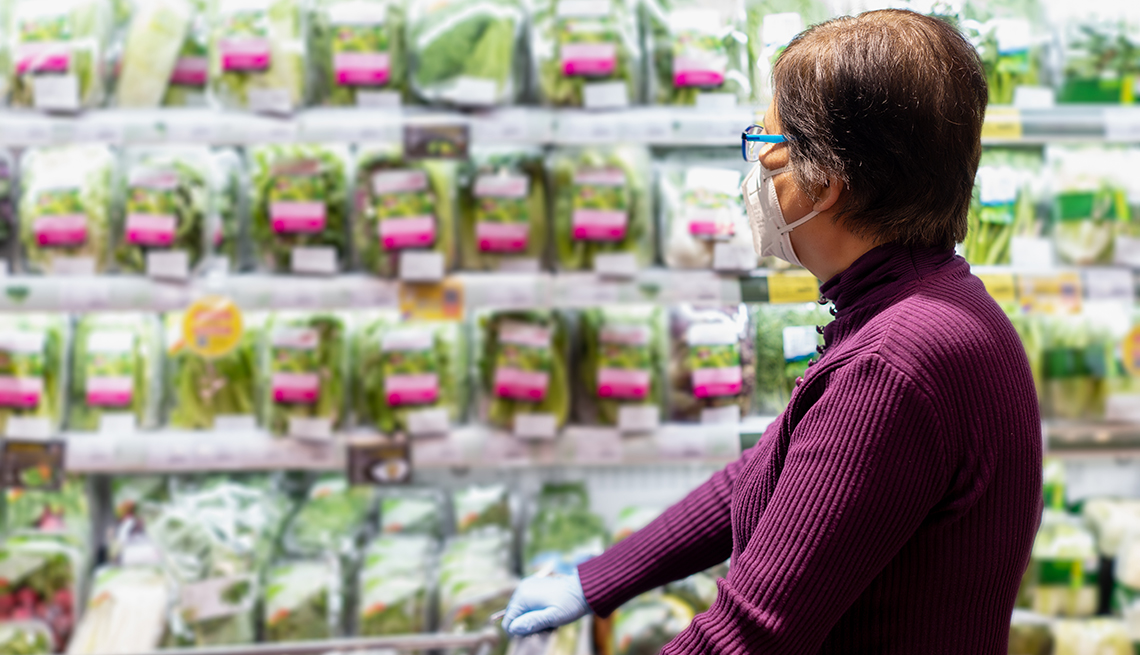 Bagged salad mixes are being recalled amid an investigation by the U.S. Food and Drug Administration (FDA), the Centers for Disease Control and Prevention (CDC) and other public health authorities into a multistate outbreak of cyclosporiasis, an intestinal infection caused by a parasite.

The recalled salad mixes linked to the infections were produced by Fresh Express and sold at Walmart, Aldi, Hy-Vee, and Jewel-Osco stores in 12 states: Arkansas, Illinois, Indiana, Iowa, Kansas, Michigan, Minnesota, Missouri, Nebraska, North Dakota, South Dakota and Wisconsin. Check your home for any of the recalled salad mixes and throw away any remaining salad, even if it has been partially consumed and no one has gotten sick, the CDC recommends.

So far, according to federal health authorities, there have been 206 laboratory-confirmed cases of cyclospora infections in eight of those states: Illinois, Iowa, Kansas, Minnesota, Missouri, Nebraska, North Dakota and Wisconsin. Although there have been no deaths, 23 people have been hospitalized. Known cases from this outbreak began to show up between May 11 and June 17.

Symptoms of cyclosporiasis start an average of seven days after ingesting the parasite. Symptoms include diarrhea, loss of appetite, weight loss, cramping, bloating, increased gas, nausea and fatigue. If an infected person is not treated, symptoms can persist for several days to a month or more.

If you think you are infected, the CDC recommends that you speak with your health care provider, write down what you ate in the two weeks before getting sick, report your illness to the health department, and assist public health investigators by answering questions about your illness. The infection is treated with antibiotics.

The FDA has begun an inspection at the Fresh Express production facility in Streamwood, Illinois, and has concerns that other products made with iceberg lettuce, red cabbage or carrots may have the potential to be contaminated. Additionally, the agency has initiated an investigation to identify the supplier or distributor that might be the original source of the outbreak.

There may be additional retailers and products impacted by this outbreak, the FDA warned.

"Fresh Express takes food safety matters very seriously, stringently follows all mandated regulations and implements preventive measures designed to minimize potential risks,” the producer of the bagged salad mixes said in a statement. “Fresh Express is working in close coordination with the FDA in its continuing investigation to identify a source of the cyclospora outbreak that has occurred in primarily midwestern states."

Fresh Express customers with questions, or who want to obtain a refund, may contact the Fresh Express Consumer Response Center toll-free at 800-242-5472. The line is open weekdays from 8 a.m. to 7 p.m. ET.

Jewel-Osco and Hy-Vee indicated that products purchased at their stores can be returned for a full refund. Meanwhile, Walmart and Aldi asked their customers to contact Fresh Express with questions or to obtain a refund. Additionally, Jewel-Osco customers who have questions about the recall can contact Jewel-Osco toll-free at 877-723-3929. Hy-Vee and Aldi said they have not received any reports of illness due to consumption of products sold at their stores.

• Distributed to stores in Illinois, Indiana and Iowa