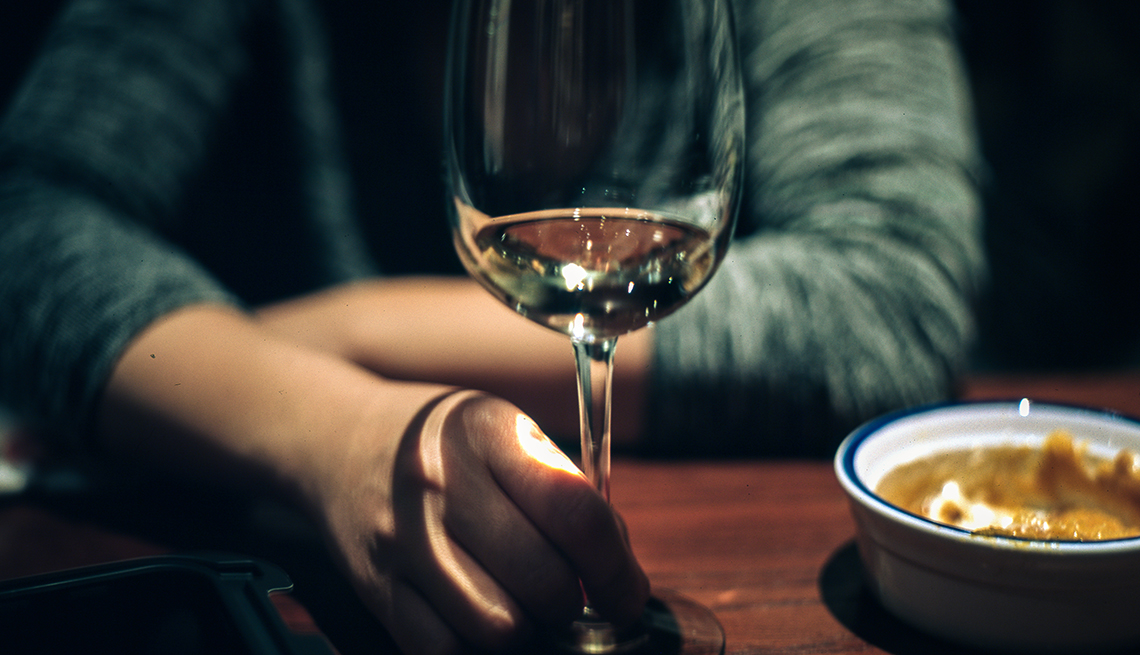 En español | If you have a substance use disorder, staying sober can be a one-day-at-a-time challenge. For some, the coronavirus outbreak has made that even tougher, with routines disrupted, in-person therapy on hold, and, in many cases, less face-to-face time with supportive friends and family.

And this is a time when an alcohol and drug dependency can increase the risk of respiratory complications from COVID-19 — already higher than average for older people -— because substance misuse can impair immune function. (Heavy drinking can also exacerbate other health conditions common among older adults, such as high blood pressure and heart disease.)

That's why it's so important to seek help -— even if it can't be face-to-face because of the outbreak — if you or a loved one is struggling right now, says Rebecca G. Baker, director of the National Institutes of Health Helping to End Addiction Long-term (NIH HEAL) Initiative to stem the national opioid public health crisis: “Stressful times like these require even more support."

A new Centers for Disease Control and Prevention (CDC) study finds that excessive alcohol use is responsible for more than 255 deaths each day in the U.S., or over 93,000 deaths per year. And despite a 30-year decline in drug overdose deaths since 1990 in the U.S., the pandemic may have ushered in recent spikes in these fatalities in several states, ranging from an estimated 20 percent in Jacksonville, Fla., to 100 percent in the Chicago area. The national public health group Well Being Trust predicts the pandemic may contribute to as many as 75,000 deaths related to drug or alcohol misuse and suicide in the U.S.

The pandemic has been especially dangerous for those with an opioid use disorder (OUD), particularly for those who have a chronic pain condition. Baker says that in recent weeks there's been an increase in fatal overdoses during weekends, when “these individuals are alone, and there is nobody around to call 911 or administer a medication to reverse the overdose.” She stresses the need for loved ones to know about naloxone (also known as Narcan), the overdose reversal medication, and learn how to administer it. It's possible to get low- or no-cost naloxone to keep in the home; it may help you save the life of someone you love.

Some people have responded to the stress and social isolation brought on by the outbreak by drinking more -— enough that a longtime alcohol dependency now begins to intensify. “Using alcohol as a coping mechanism leads down a slippery slope to contracting an alcohol use disorder,” says George F. Koob, director of the National Institutes of Health National Institute on Alcohol Abuse and Alcoholism (NIAAA). “We have individuals who are maybe already vulnerable to engaging in alcohol use disorder and the social isolation is exacerbating that,” he notes.

Symptoms of an alcohol misuse disorder may include an obsession with drinking, needing to drink more alcohol to get a buzz, withdrawal symptoms when you don't drink (like shaking hands, for example) and problems with relationships, finances, your job and your health.

Many people who normally have sought help from in-person support groups are finding that online groups are just as helpful -— or even more so. Robin Blanche, 51, who lives in Baton Rouge, Louisiana, and has been in recovery for two decades from unhealthy alcohol use, has found that Zoom allowed her to attend more support group meetings. “I'm actually able to go to meetings once a day,” says Blanche. “I feel like it's rejuvenated my recovery.”

The groups’ moving online has also allowed her to virtually visit Alcoholics Anonymous meetings with old friends from Los Angeles, where she once lived. “I feel really lucky that I get to reconnect with people who played such an important part in my early recovery,” she says. (Visit the NIAAA Alcohol Treatment Navigator for information on where to find help.)

Individual online therapy can also be a valuable form of support. A recent American Psychological Association survey of more than 5,400 clinicians found that most practicing psychologists are treating patients remotely using videoconferencing software or phone calls that use a designated telehealth platform. (Read our story on Medicare's coverage of teletherapy.)

While teletherapy may feel awkward at first, it's convenient, so patients may be more likely to both try it and show up for continued sessions. San Francisco-based psychologist Juli Fraga, whose practice has grown 30 percent since March — all patients she talks to remotely —recommends finding a therapist through a trusted friend or colleague, asking your insurance company for referrals or using online support directories such as  the Psychology Today's "Find a Therapist."

Taking care of your overall well-being, including healthy eating and getting enough sleep, is an important part of remaining sober, says Erica C. Barnett, 42, author of Quitter: A Memoir of Drinking, Relapse, and Recovery. She's found that going for long walks has been keeping her steady during the pandemic. “I've discovered huge swaths of the city that I had never seen before when I was rushing to get from place to place by bus, train, or car.”

She's also dived into hobbies like baking bread and photography, revisited a habit of making gratitude lists, which is something she did in early sobriety, and stayed in touch with supportive friends and family members.

"Addiction is a disease, and relapse is a symptom, so instead of deciding that you've blown it and there's nothing to do but keep drinking or using,” Barnett says, “reach out to someone who you feel safe talking to, tell them what happened... The most important thing to remember is that you didn't fail and you're not alone.”

Where to Find Information and Support