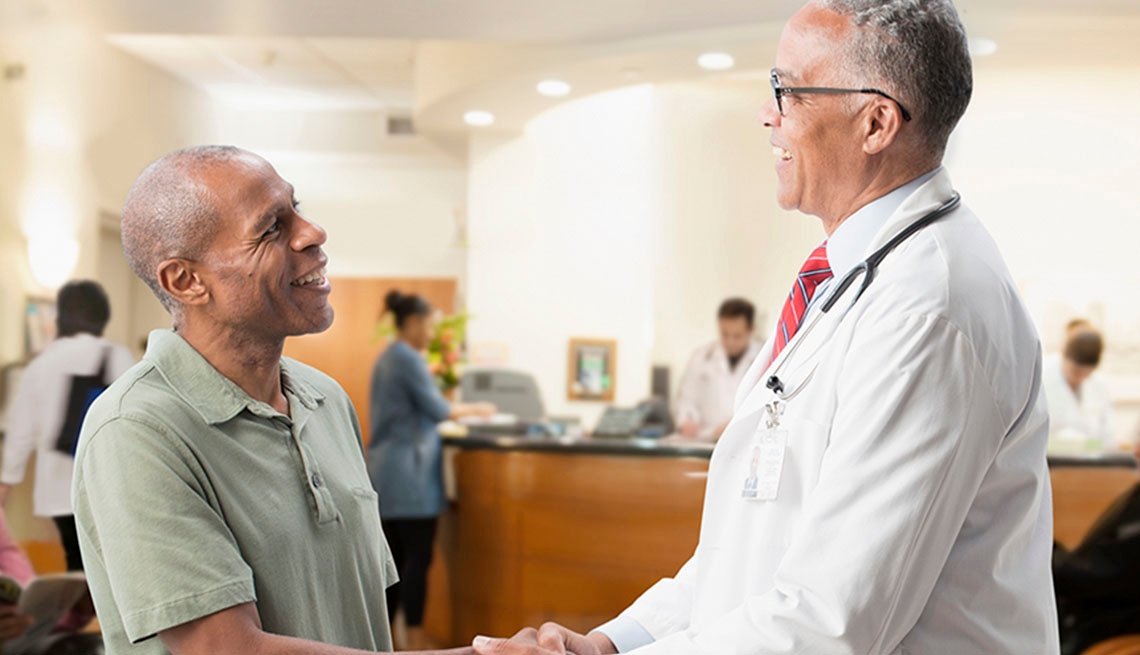 You've probably experienced the frustration of waiting for weeks or even months to see a physician, only to find yourself languishing in a waiting room for hours. On average, according to a recent survey of physicians, Americans wait about 24 days to see a new doctor, a 30 percent increase since 2014. And once they get there, would-be patients can expect to cool their heels for an average of about 18 minutes.

It should come as no surprise, then, that the number of Americans signing up for personalized medical services, often known as either concierge or direct primary care (DPC), is surging. These types of practices, where you pay a monthly or annual fee in exchange for direct physician access, have average costs ranging from $77 to $183 a month, according to the American Academy of Family Physicians. Some practices still bill your insurance on top of the monthly fee, while others eschew insurance entirely (and as a result often charge on the high side).

Among the perks you'll receive: same-day appointments, longer exam times, home delivery of medications, and round-the-clock telephone and email access to your doctor. Doctors are increasingly signing onto these practices — DPCs grew by over 8 percent each year from 2015 to 2017. In fact, some in the medical field worry that such practices may siphon off the best doctors, leaving patients who can't afford concierge care with lesser care.

Not surprisingly, people age 50 make up most of the clientele in these practices, which tend to be concentrated in states that have high numbers of older adults, such as California and Florida. “I think the appeal for both patients and doctors is that it addresses a failing of the regular health care system, which doesn't give anyone enough time for what one might safely call care,” explains Louise Aronson, a professor of geriatrics at the University of California San Francisco and author of Elderhood: Redefining Aging, Transforming Medicine, Reimagining Life.. “Right now, a healthy 30-year-old with no health problems other than seasonal allergies gets the exact same amount of time as an 87-year-old with 12 medical issues who's on 18 different medications.”

Case in point: Nearly half of primary physicians today devote under 15 minutes to each patient visit, which the typical patient has about 1.6 times a year, while DPC physicians spend about 35 minutes on each visit, with patients averaging about four visits a year, a University of Wisconsin report found.

While research has yet to show that people who rely on concierge or DPC care have better health outcomes, some data says they're more satisfied. One 2014 survey found that about 90 percent of these patients are satisfied with their care, compared with about 67 percent in traditional health care. And almost all — 97 percent — think their doctors take a personal interest in their health care, more than one-third higher than those in a regular practice.

"Concierge medicine, like many other things we purchase, is an experience as much as it's care — you have a much more personalized, intimate encounter with your concierge doctor,” says Charles Dinerstein, a vascular surgeon and senior medical fellow at the consumer advocacy organization the American Council on Science and Health.

If you're considering looking into the option yourself, you should know that you'll still need to carry regular insurance. While a personalized concierge or DPC practice will take care of day-to-day health issues like medication management and routine blood work, you'll need insurance if you have to go to the emergency room or if you have a condition like heart disease that requires you to see a specialist. (In addition, some concierge practices also bill your insurance on top of your monthly fee for reimbursement.)

And if you do need a specialist, you may have to do the legwork of finding one yourself. A concierge practice may suggest names, “but you would still need to figure out if they take your insurance and, if not, how much you'll be willing to pay,” says Sharona Hoffman, codirector of the Law-Medicine Center at Case Western Reserve University in Cleveland.

You may also want to guard against being so comfortable with a physician who takes the time to talk with you that you don't seek out specialists who might offer expanded options. Sean Dougherty, a 52-year-old New York City public relations executive, says his parents raved about their Maine concierge doctor. “What we found was that the value was in being able to reach the doctor any time for any reason, and that he always had time for them,” he recalls. But when his parents moved across the country to Oregon, where Dougherty's sister lived, the treatment options offered by specialists there for things like his mother's dementia and his father's ulcers made Dougherty think that his parents would have benefited from branching out earlier.

If you're trying to choose between different concierge options, make sure that any physicians you're considering are certified by the American Board of Internal Medicine and, ideally, also affiliated with a major hospital or medical center. If you're over age 65, you may also want to find a physician who has experience with geriatrics. “They're much more likely to understand how certain medicines and medical procedures affect an older body,” Aronson says.