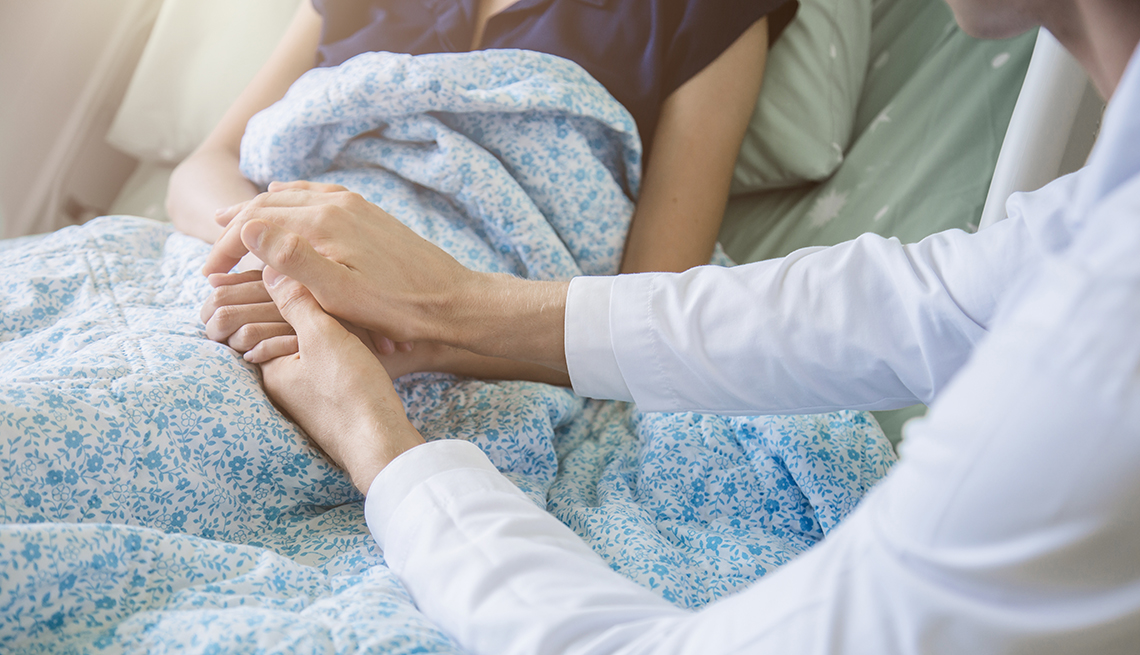 For the first time in more than half a century, more people are dying at home than in hospitals, according to a report published in the New England Journal of Medicine. And experts say the trend – fueled by the availability of hospice and a cultural movement to “reclaim” and “demedicalize” death – is expected to continue.

Hospice delivers end-of-life care at home or in a facility through an interdisciplinary team of doctors, therapists and counselors who focus on a patient's comfort.

Study findings point to a need to improve patient and family support as health care responsibilities shift “from medical professionals to informal caregivers and loved ones,” says study coauthor Haider Warraich, especially as the population ages and the country braces for a “substantial rise” in the number of deaths over the next 30 years.

The study also points to a need to reexamine hospice enrollment and reimbursement requirements so that people with a terminal illness can get the medical and nonmedical services they need, adds Warraich, a cardiologist at Brigham and Women's Hospital and the VA Boston Healthcare System.

"I think this sets up the stage for thinking about, ‘What does hospice 2.0 look like?’ “ he says.

Dying at home isn't new. It was the norm until critical care technologies “that could keep us alive even after a heart stopped beating” were introduced in the 1960s, ‘70s and ‘80s, Warraich says.

But now the trend in health care is returning to the home.

Home birth rates have increased in recent years, as have physician house calls. Telehealth technologies are making it easier for patients to connect with their medical providers from the comfort of their couch.

The popularity of hospice care has grown steadily in the past decade. Between 2012 and 2017, the number of Medicare beneficiaries in hospice care increased by about 17 percent, from 1.27 million to 1.49 million; the majority of that was care in the home, NHPCO data shows.

"I think, psychologically, people have gotten more comfortable with [death at home] and perceive it less as a weird, uncomfortable thing and more as a way to honor their loved one's wishes,” says Paula Lester, a geriatrician at NYU Langone on Long Island.

Patients with cancer were the most likely to die at home, while stroke patients had the lowest odds, the study found. Younger patients, female patients and racial and ethnic minorities were more likely to die in a hospital than at home.

The future of hospice care

With adults 65 and older expected to exceed the number of children by 2034 – a first in U.S. history – Banach predicts the home-death trend will continue. And the hospice industry, which has reported staff shortages in recent years, will need to expand to meet the demand.

"It's our goal to make sure that when people go home, they actually have someone to provide care for them,” Banach says.

Currently, Medicare covers the cost of hospice care for patients who have a life expectancy of six months or less. NHPCO data shows that patients spend an average of 76 days in hospice care. More people could benefit from hospice care earlier, Warraich says, but predicting how long a patient has to live prevents many physicians from recommending it.

Given how treatments for serious diseases have evolved, “it can be really hard to know when a patient has a very limited life expectancy,” Warraich says.

"I think one of the things that a lot of people are talking about and I think needs to be tested is that instead of using prognosis as a way of [determining] who should be enrolled in hospice, I think we need to focus on patient's need and symptom burden,” he adds.

Enrolling patients in hospice earlier also means physicians need to prioritize honesty and maintain an open dialogue with patients throughout their illness; admittedly, Lester says, this can be difficult.

"We need to use the D word,'” she says, referring to “death.” “Doctors and nurses use a lot of euphemisms and I think it cheats the patients and their families out of an opportunity to decide how they want those last minutes, hours, days, months to be.”

Allowing hospice providers to administer more services and medications than they are permitted to do now could also open access to more patients and ease the burden on family and friends, Warraich says.

Experts don't recommend dying at home without the help of hospice or other professionals. Living with someone who is dying is “absolutely draining,” Banach says. And hospice care ensures that caregivers don't burn out. It also gives patients and caregivers the tools they need to get through times of pain and discomfort, when they otherwise might feel compelled to call 911.

"You can say all you want that you want to keep your loved one home, or that you want to be at home, but if you start to have difficulty breathing or pain, you're going to feel the need to help,” Lester says, “It's not something that anyone should be doing without the support of a system and a team.”