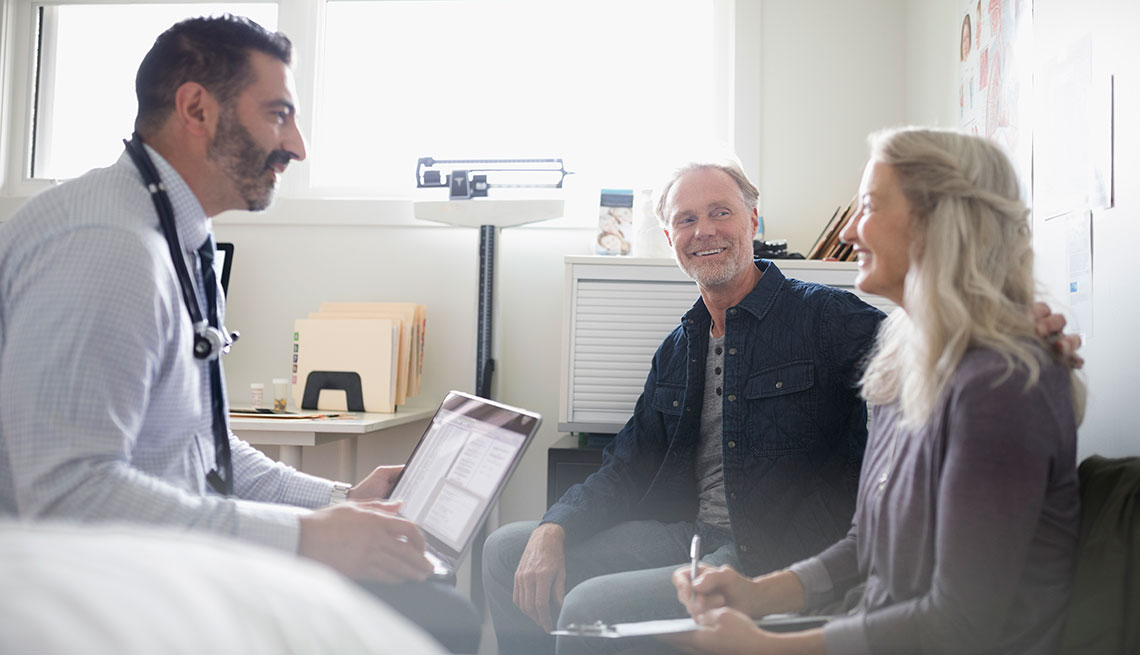 Boomers are five times more likely to be infected with the hepatitis C virus than other adults are, according to the CDC.

The Americans most at risk for hepatitis C — people born between 1945 and 1965 — are not being tested for this silent disease, which could kill them.

In 2013 the U.S. Preventive Services Task Force and the Centers for Disease Control and Prevention (CDC) began recommending that people born between 1945 and 1965 be tested for the hepatitis C virus at least once. But the percentage of boomers who were tested for the virus increased only slightly, from 12.3 percent in 2013 to 13.8 percent in 2015, according to a study of nearly 24,000 people, published in the July 2017 issue of the American Journal of Preventive Medicine.

Why aren’t more people being tested? Some doctors and other health care professionals may not be aware of the recent testing guidelines, experts say, and some physicians may believe that their boomer-generation patients aren’t at risk. “I think there’s still a stigma associated with hepatitis C because it’s associated with drug abuse or sex workers, but it can affect anyone,” says Sonja Olsen, M.D., a hepatologist and assistant professor of medicine at the New York University Langone School of Medicine. “Some doctors may not be having that uncomfortable discussion with their patients, and some patients say they don’t need the test because they don’t have risk factors. It goes both ways.”

For reasons that aren’t completely understood, boomers are five times more likely to be infected with the hepatitis C virus than other adults are, according to the CDC. The virus is spread primarily through contact with blood from someone who’s infected or by sharing needles with that person. Boomers also could have been infected by medical or dental procedures, contaminated equipment, or blood transfusions that occurred before widespread infection-control practices and blood-screening measures were implemented, in 1992. In a recent study in The Lancet, researchers concluded that most of the spread of hepatitis C occurred before 1965, primarily in medical settings, rather than from risky personal behavior (such as injection-drug use, unsafe tattooing and high-risk sexual behaviors) that people engaged in.

Yet many people with hepatitis C don’t know they have it, because it’s possible to live with the virus for decades without experiencing symptoms. “Hepatitis C has not been diagnosed well — at least 50 percent of people with hepatitis C have not been identified yet,” says Steven L. Flamm, M.D., a professor of medicine at the Northwestern Feinberg School of Medicine and chief of the hepatology program at Northwestern Memorial Hospital. Some people who are infected with the virus are able to clear or eliminate it from their bodies, but approximately 80 percent of people who get infected with hepatitis C develop a chronic infection.

The trouble is, by the time symptoms emerge, the person may have developed liver damage, cirrhosis, liver cancer or liver failure; in fact, hepatitis C is the leading cause of liver transplants in the U.S., according to the CDC. In other words, if you’re infected with hepatitis C and you don’t know it, the virus could be doing serious damage to your liver without your realizing it.

That’s why “patients should feel empowered to ask for the test, especially if their doctor is not offering it,” Olsen says. It’s a simple, inexpensive blood test that looks for antibodies to the hepatitis C virus. “It’s not included in a comprehensive panel, the way blood sugar or cholesterol levels are; it has to be ordered separately,” notes K.V. Narayanan Menon, M.D., a hepatologist and medical director of liver transplantation at the Cleveland Clinic. But the hepatitis C test can be done at the same time as another blood draw — if your doctor orders it.

“The fact that so many people aren’t being diagnosed is very sad because we now have very good therapies,” Flamm says. The new direct-acting antiviral medications for hepatitis C are taken orally, one to three tablets per day, for two to three months.

“The medications are safe and effective, with minimal side effects, requiring a few visits to complete treatment, so we don’t need extensive monitoring while people are taking them,” Olsen says.

Best of all, the new drugs cure hepatitis C infection in more than 95 percent of people who take them for the recommended period, making this one of the greatest success stories in modern medicine. Since what was once a highly incurable disease can now be treated and eradicated in the vast majority of cases, there’s no reason not to get tested for hepatitis C at least once. The sooner you do, the greater your chances are of preventing liver damage.