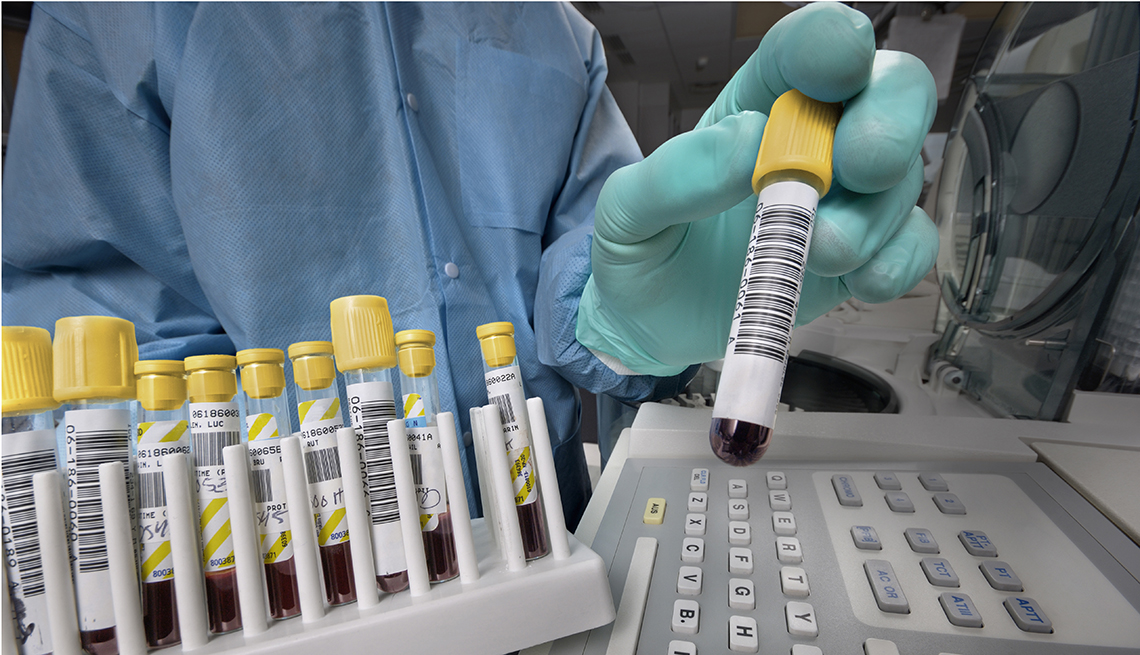 A new test can measure specific proteins in the bloodstream to determine whether they’re cancer-related.

A study has found that a new prostate-cancer screening test, IsoPSA, is far more accurate than the current PSA test, according to a report released today. The reason this is big news? The test that’s widely used today is notoriously imprecise, leading to unnecessary follow-up procedures.

The study of IsoPSA, published in the Journal of Urology, suggests that it may be accurate enough to reduce the number of unnecessary prostate biopsies by as much as 45 percent.

The current PSA test measures prostate-specific antigen, a protein in the blood. The problem is that high levels of PSA could be a sign of cancer, infection, inflammation or an enlarged prostate gland (a very common age-related condition), and the test can’t distinguish among them. That means many men end up getting unnecessary biopsies, which are the only clear way to rule out cancer. The test also over detects for low-grade cancers that aren’t a threat to the patient; the resulting treatment and the side effects that come with it (which may include urinary incontinence and erectile dysfunction) can be more damaging than the cancer, urologists say.

That’s why experts’ current answer to “Should men get screened?” is a resounding “maybe.” The latest guidelines from the U.S. Preventive Services Task Force (USPSTF) announced this month say that prostate-cancer screening should be an individual’s choice, something they can discuss with their doctors. It’s “a complex and personal decision,” according to the task force, which still recommends no testing for men age 70 and older. The task force has actually softened its stance: It previously had recommended that men not get tested at all, considering the test’s imprecision.

The new IsoPSA test, which is being developed by Cleveland Diagnostic, a company cofounded by Cleveland Clinic, offers a new way to measure PSA-related proteins in the bloodstream that can determine whether they’re cancer-related, says research-team leader Eric Klein, a urologist and chair of Cleveland Clinic’s Glickman Urological & Kidney Institute. It’s also better able to identify whether the cancer is high-grade and needing treatment or benign enough to be left under “active surveillance,” as the urology community puts it.

Prostate cancer causes 30,000 deaths a year in the U.S., but “most men will die with their prostate cancer rather than because of their prostate cancer,” says Michael Munger, American Academy of Family Physicians president and a family physician in Overland Park, Kan. “It remains isolated to the gland and doesn’t spread for many, many years.”

So IsoPSA, with its better ability to identify serious cancers, could be a game changer once it goes through further testing and FDA approvals, says Klein. If the researchers are able to demonstrate further evidence of its accuracy, he adds, eventually “the [task force] may be moved to actually recommend a PSA screening test because the benefits of ISO would then clearly outweigh the risks. That’s what I’m hoping. We need more data on this, but that’s where we’re headed.”