How the VA can help with free or low-cost testing, hearing aids and more 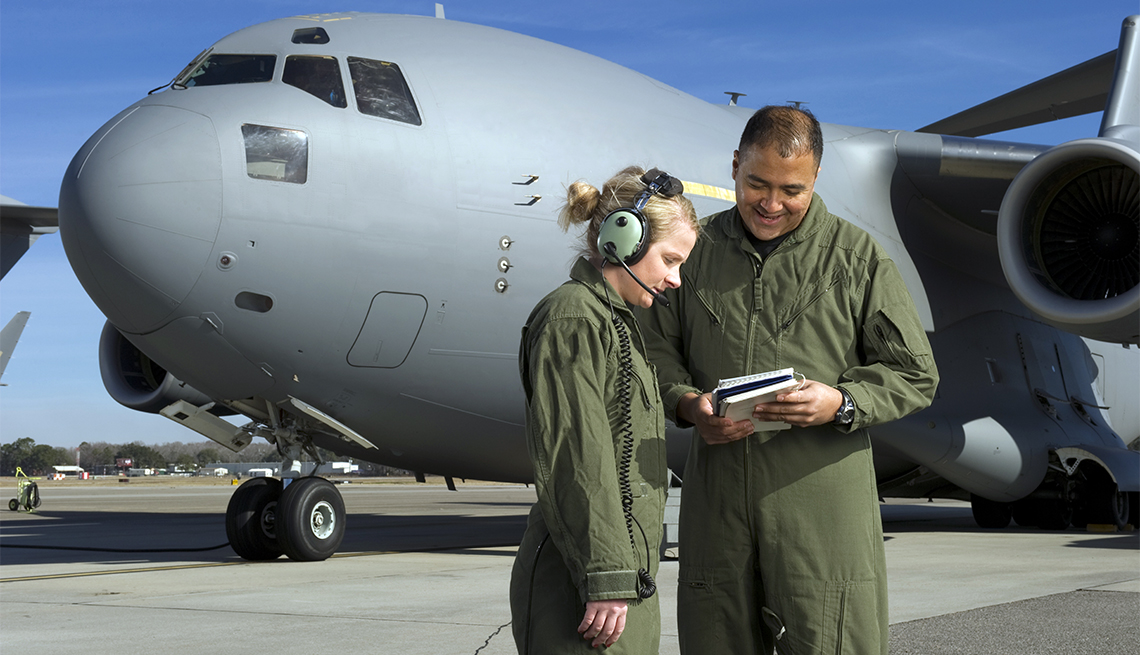 Most of the hearing loss and tinnitus in the military are due to noise exposure — often from aircraft, gunfire, heavy equipment and roadside bombs.
Aurora Creative/Getty Images
By:
Michelle Crouch
AARP

According to the U.S. Department of Veterans Affairs (VA), more than 2.7 million veterans currently receive disability benefits for hearing loss or tinnitus, a ringing in the ears.

And the actual number may be even higher. “Those are veterans who have been through the process and documented by the VA,” says Gabrielle Saunders, associate director of the National Center for Rehabilitative Auditory Research, a VA-funded research facility in Portland, Ore. She says that there are probably many other veterans with hearing loss that the VA hasn’t been able to document.

Veterans are 30 percent more likely than nonveterans to have severe hearing impairment, according to a Centers for Disease Control and Prevention analysis. Those who served after September 2001 are four times more likely. And their numbers are growing: In fiscal year 2016, 190,000 veterans were diagnosed with service-connected tinnitus, and 103,000 were diagnosed with hearing loss, according to the VA.

Most of the hearing loss and tinnitus in the military are due to noise exposure — often from gunfire, aircraft, tanks, heavy equipment and roadside bombs. Normal age-related hearing loss can make the problem worse.

It can have a devastating long-term impact, Saunders says. Veterans with tinnitus may hear a ringing, hissing or buzzing that keeps them from being able to concentrate or sleep. Hearing loss, meanwhile, may make it difficult for someone to maintain relationships with friends and family members, leading to depression, social isolation and eventual cognitive decline.

The good news is that hearing protection is now standard issue and mandatory for all active-duty service members.

How the VA Can Help

Ronald Brumfield, 69, a U.S. Navy veteran who lives in Cape Cod, Mass., waited more than 20 years to get hearing aids through the VA, even though his eardrum ruptured during his service and a doctor had recommended the devices.

“I was in denial,” he says. “My father was a veteran and he wore these big hearing aids, and I didn’t want those. But it eventually got to the point where every time someone said something, I was saying, ‘What?’”

Brumfield finally got his hearing aids 10 years ago, and he’s now on this third set.

“They’re really small, so often people don’t even notice them,” he says. “They hook into my TV so I can listen wirelessly. And they also work with my iPhone, so if I use Google Maps when I’m driving, I can hear the directions in my ear. They really are amazing.”

Brooke Puckett, an audiologist with the Hampton VA Medical Center in Hampton, Va., says it’s common for veterans to put off being tested as well as getting hearing aids. “There’s still a little bit of stigma,” she says. But she notes that the technology today is “a cleaner, clearer sound in a smaller package.”

Feedback is no longer a problem with most devices, she adds, and they can be fine-tuned to amplify sound only in the frequency ranges where you have hearing loss.

The VA has contracts with six major hearing aid manufacturers to provide top-level devices that sell for up to $4,000 each on the private market. They come with a six-month trial period, giving veterans plenty of time to test and adjust them. Some are so small they fit into the ear canal where they can barely be seen.

“Even if you don’t use the VA for your other health care, you should use it for hearing aids because it’s a really great benefit,” Saunders says.

There is no cure for tinnitus, but the VA offers sound therapy, counseling and cognitive behavior therapy classes to help veterans manage symptoms, Saunders says. A hearing aid also can be helpful. The VA has teams of researchers evaluating new therapies and prevention strategies.

Veterans no longer need a referral from a primary care doctor to see a VA audiologist, Puckett says. Start by registering with the VA in person at your local VA hospital or health center, or through the VA’s e-benefits website. Once your registration is completed and eligibility is confirmed, contact the audiology clinic for an appointment.

If you live more than 40 miles from a VA clinic or if you can’t get an appointment within 30 days, you may be able to see a private audiologist through the VA’s Choice Program (check your eligibility on their website).

In addition to hearing health services, you also may be eligible for disability from the VA if you have hearing loss or tinnitus. To qualify, you must complete a separate application process.