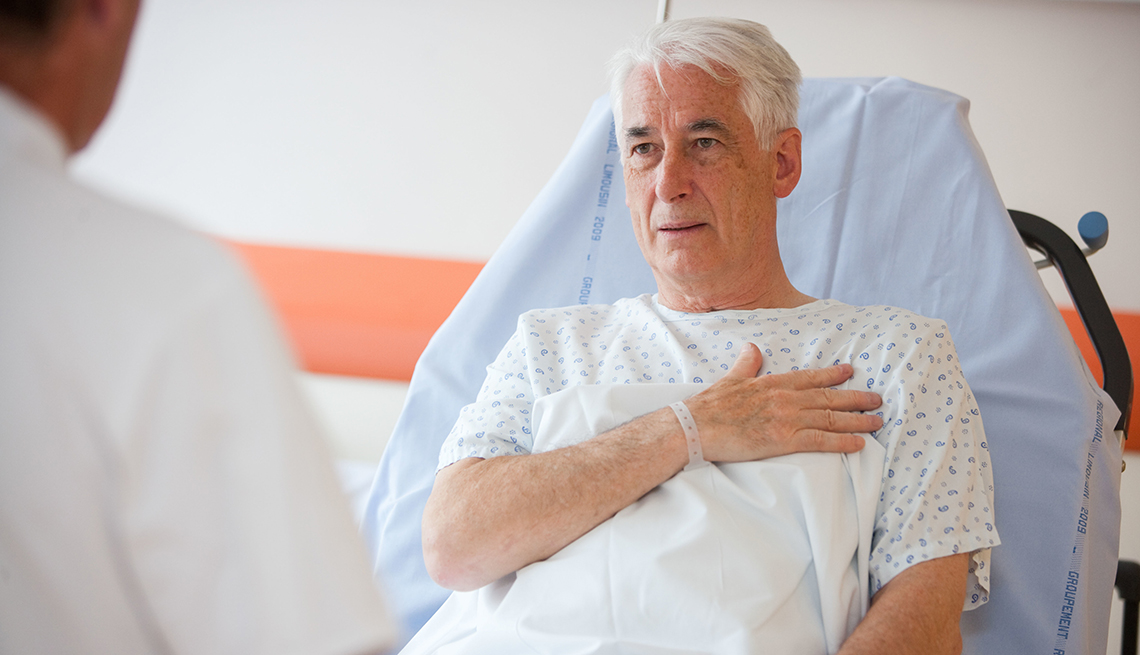 Know the symptoms of a stroke and tips on prevention.

Every 40 seconds in America, someone has a stroke. Every four minutes, someone dies of one. But those statistics are not as grim as they could be: The number of people who die from stroke each year has declined dramatically in the past 30 years, thanks to the widespread use of blood pressure and cholesterol medications.

Still, stroke remains the leading cause of disability in the U.S. It's affecting greater numbers of younger people (about a quarter of all strokes occur in those under 65). And only about 30 percent of victims recognize the symptoms and get to the hospital in time to receive the brain-saving, clot-busting medication tPA.

"You lose somewhere on the order of 2 million brain cells a minute during a stroke," says M. Shazam Hussain, M.D., head of the Cleveland Clinic Stroke Program. "If we educate the public, people will know that if they see someone having symptoms, they should quickly call 911."

Hussain talked to AARP about some of the more subtle symptoms of stroke, how you can prevent one, and exciting new developments in the diagnosis and treatment of this debilitating brain disease.

"You've probably seen the FAST acronym from the American Heart Association," says Hussain. "F is for 'face' — is there facial weakness? A is for 'arm weakness.' S is for 'speaking difficulties.' T stands for 'Time to call 911.' At the Cleveland Clinic, we've added the BE. B is for ' balance.' Some stroke patients don't have weakness, but they do have severe balance difficulties. E is for 'eyes.' Some patients lose vision in one eye, or parts of their visual field are missing."

"Even when people know the symptoms, they don't necessarily recognize what's happening. That may be a reflection of the fact that the brain is affected, so they're not thinking clearly. You hear these stories all the time: 'I couldn't move my arm, but I thought it was just asleep.' Because of the time-sensitive nature of these acute treatments, by the time stroke patients come to the hospital, it may be too late."

Go to a major medical center

"Patients with severe stroke should be heading to the bigger hospitals, if possible, where doctors have the ability to go into the brain with a catheter to remove the clot. In the past we would wait an hour to see if the clot buster [tPA] would work before we did the procedure. But we're talking about 2 million brain cells a minute. That's really valuable time. Now we do the treatments in conjunction with each other."

"Basically, doctors are harvesting stem cells from the patient's blood and culturing them so they can be reinjected into the patient. Stem cells are very smart; they go to the damaged areas of the brain and help it recover. The treatment is still considered experimental, but we're much closer to having this available than we have ever been. I would say that in the next five years, we're going to see some real advancements in our ability to offer this to patients."

90 percent of all strokes are preventable

"If you're eating a good diet, exercising and managing your hypertension, diabetes and high cholesterol, you can substantially reduce your risk of having a stroke. In practical terms, the lower you can get your blood pressure, the better; 120/80 is fantastic, but generally speaking, we want to see a range of less than 140/90. For exercise, we recommend an hour five times a week. And it has to be a decent level of activity — a light walk might not be sufficient to get your heart pumping. For alcohol, we're talking about, at most, one glass of red wine, or its equivalent, a day. If you've already had a stroke, you have to be very, very cautious about alcohol."

Brushing your teeth helps, too

"We know that people with poor oral health are at a higher risk for both heart attack and stroke. A study just came out that found a link between a certain type of oral bacteria and hemorrhagic stroke. So brushing and flossing every day is important."