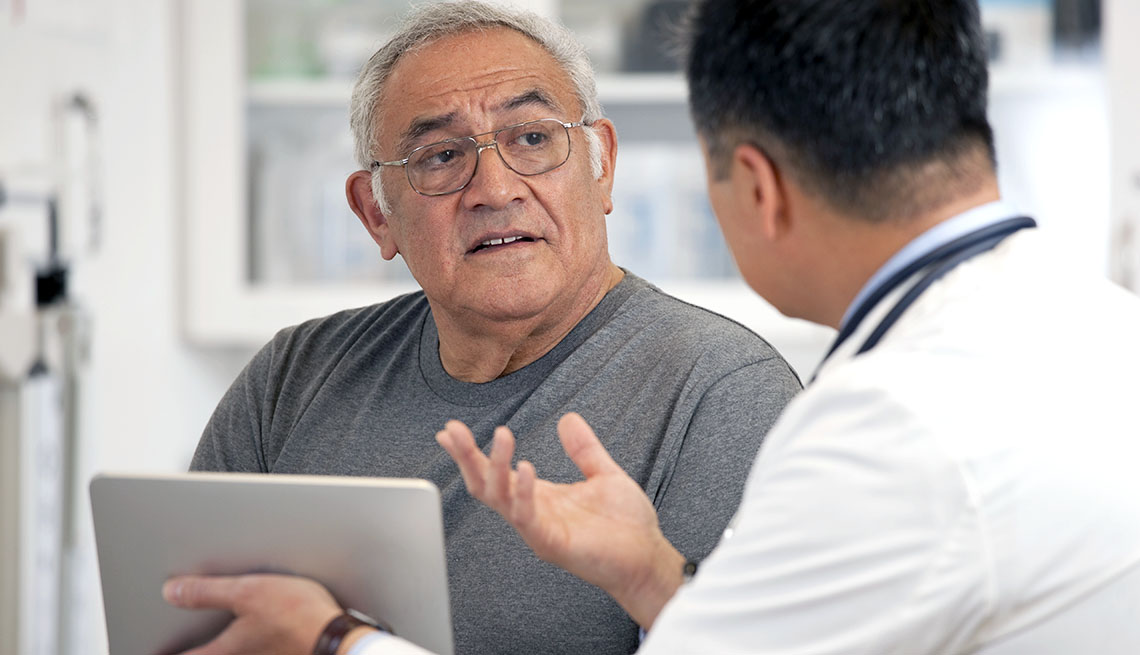 Men age 65 and older were slightly more likely to die from prostate cancer if assigned to monitoring instead of treatment.

En español | A major new study finds that men who just keep an eye on their early-stage prostate cancer do just as well after 10 years as men who have it treated with radiation or surgery.

The study of more than 1,600 men, published in the New England Journal of Medicine, is the first to randomly assign men to either “active monitoring” (wait and watch), surgery to remove the prostate or radiation, and then compare the results. After 10 years, the survival rate for each of the three groups was the same — 99 percent.

“That is a really striking finding: All three groups have almost 100 percent surviving. That should give all men pause before pursuing radical treatment for low- or intermediate-risk tumors,” Mark Litwin, M.D., chair of urology at the David Geffen School of Medicine at UCLA, who was not involved in the research, told Stat News.com.

The researchers from the universities of Oxford and Bristol noted that while treatment didn’t extend life during the first 10 years, further study with a longer follow-up (15 to 20 years) might find that men who are treated do live longer.

The study also found that surgery and radiation can cause sometimes severe side effects, including urinary and bowel problems and impotence, that negatively affected patients’ quality of life. Some of these effects gradually improved, the scientists reported.

Men need to consider the trade-off between these side effects and the higher risks of the cancer progressing, the researchers wrote.

Peter Scardino, a prostate surgeon and chairman of the department of surgery at Memorial Sloan Kettering Cancer Center in New York, who was not involved in the study, said the study helps confirm that active monitoring — regular testing and treatment if the disease progresses — is an appropriate approach for many men.

But, as he told the New York Times, monitoring must be done regularly for the rest of a patient’s life. “An important message from the study is that early prostate cancer is not an emergency and men have time to decide what to do about it.”