Can You Learn a New Language After 50?

Dedicated study, speaking it often, and living where it's spoken are key 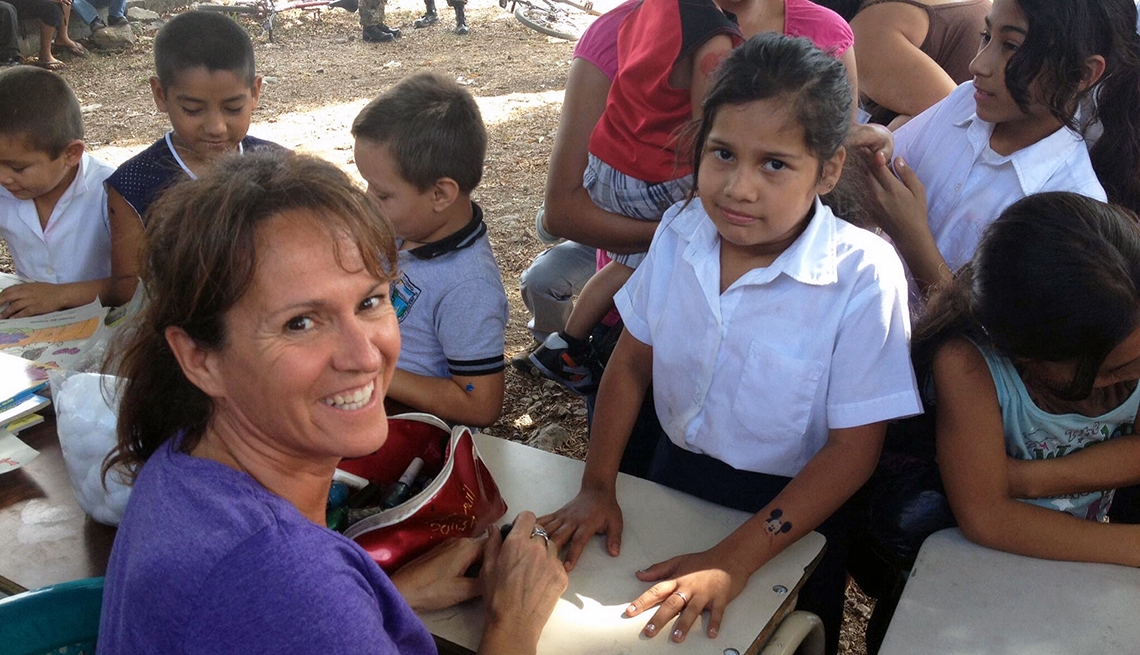 Sonya VanGelderen grew up in Canada but felt the pull to go south ever since she hit her 50s.

Her kids were grown, she was newly divorced and she was ready to invent a happier version of herself. So she set off for Latin America, decided to stay and learned Spanish.

"I wanted to know the real culture, the real people, and I wanted to be able to, you know, say, ‘What a cute little baby’ when I was passing someone on the street,” says VanGelderen, now 57 and a bilingual property manager on the coast in Progreso, Mexico. “I guess I wanted to integrate with the people.”

She's one of thousands of boomers and Generation Xers who retire, or semi-retire early, each year to a warmer, seemingly more exotic or less expensive country. And she's done what many people her age can't: learn a new language.

Though learning a language at any age has been found to stimulate the brain, it's not easy to master a second language when you're older.

But it's not impossible, says Joshua Hartshorne, a researcher and director of the Language Learning Laboratory at Boston College. It's just that young children are much better at it, and scientists still are trying to figure out why.

Immerse yourself in the language early

Two things will help you learn a new language, Hartshorne says: immersing yourself in exclusive use of a new language — and youth.

For those of us who are older, well, it's kind of like juggling, says Roger Kreuz, a psychology professor who studies language at the University of Memphis. He also is coauthor of Becoming Fluent, a book that describes the process of learning a second language in adulthood.

3. Be public with your goals.

5. Talk to people who speak the language.

6. Accept that you will make mistakes.

"Juggling appears very impressive if you can't juggle,” Kreuz says. “But it turns out that almost anybody can learn how to do it in a fairly short period of time, assuming that they get the effective training for doing it. 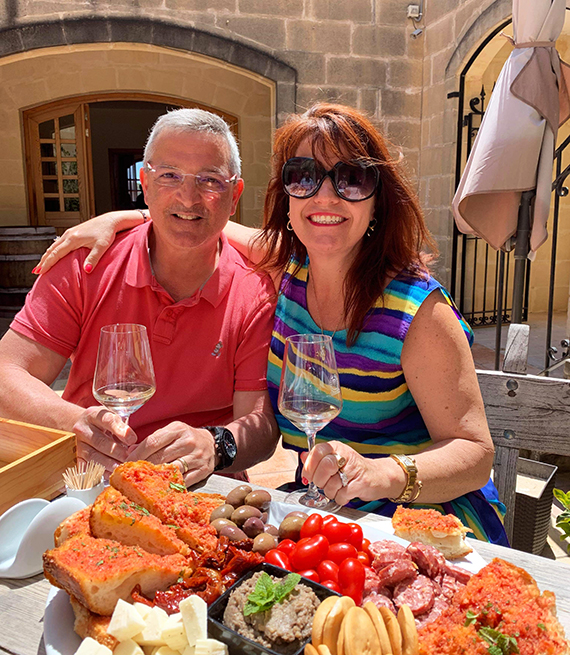 Courtesy of Pete and Eileen Azzopardi

"Just because something may appear difficult doesn't mean it's necessarily going to be impossible to do it at a certain age,” he says.

Eileen Azzopardi has tried to pick up languages everywhere she's moved. She was a U.S. Navy wife whose husband was stationed in Sardinia, Italy, on the last stop of his military career.

They later moved to Florence, Italy, and then to Malta. She took two university-level Italian courses and could make small talk in Italian.

"I could order in Italian. I could shop in the supermarket. But getting around to further, deeper conversations with people, like forming friendships, I found that to be very hard,” says Azzopardi, 50, who grew up in Pennsylvania and now lives in Bradenton, Florida. After her husband, Pete, got out of the Navy, they lived their dream for five years, retiring to Malta. The Mediterranean island is between Sicily and the North African coast, where her husband has ancestors.

They bought a house, got dual citizenship, sent their daughter to an international school, took Maltese lessons and eventually gave up.

"To live in Europe, you give up a lot,” says Azzopardi, who loved the experience but ended up missing family, friends and the comforts of America.

Her high school French didn't do her much good abroad. She could get by in Malta speaking English. The country's two official languages are English and Maltese.

Because Maltese is based on Arabic, the language was hard to learn. The alphabet looks a lot like English but has four more letters.

She knew bits of other languages. But “I fell into the English crutch a lot, just a comfort zone,” she says.

Even though Azzopardi moved from Malta, she says she's not going to give up on being bilingual.

"Spanish is the next language I want to study and master, for two reasons. One, Sophia [her daughter] is studying it. And two, it is the second language of the U.S., especially in Florida and California,” she says.

"I will not give up!” she says. “Luckily, I know a lot of words in Italian and some Spanish words are close, so I have a head start."

Expect success; failure is not an option

When he retired early at 45, 24 years ago, Craig Laberge set his mind on learning Spanish, something he had never studied in his youth. He decided to spend six months in Latin America to learn the language and the culture. In Guatemala, he took four hours of Spanish a day with a one-on-one teacher. Then he increased it to six hours.

By the end of two months, he had caught on. In 2005, he bought a house with friends in Mérida, Mexico, on the Yucatan Peninsula near the Gulf of Mexico.

He's lived there pretty much full time ever since. Laberge, now 69, a former art exhibition designer with an English and French-Canadian background, found the Mexican climate and cost of living enticing and felt at home in a less-frenzied culture.

Not speaking Spanish was not an option for him, he says.

Put in the time, preferably daily

She taught linguistics at the University of Zurich and now runs a business in the Netherlands that helps international families integrate into their communities and hang on to their native languages at the same time.

"I say it's never too late to learn another language,” she says, but no one solution fits all. Learning to speak beyond pleasantries takes lots of practice in context and consistency.

"One hour a week is not enough,” she says. “Five hours is the minimum."

Practice is how VanGelderen made life work in Mexico. She took baby steps at first, such as renting out her house back home. That was a safety net while she dipped her toes in a new life. 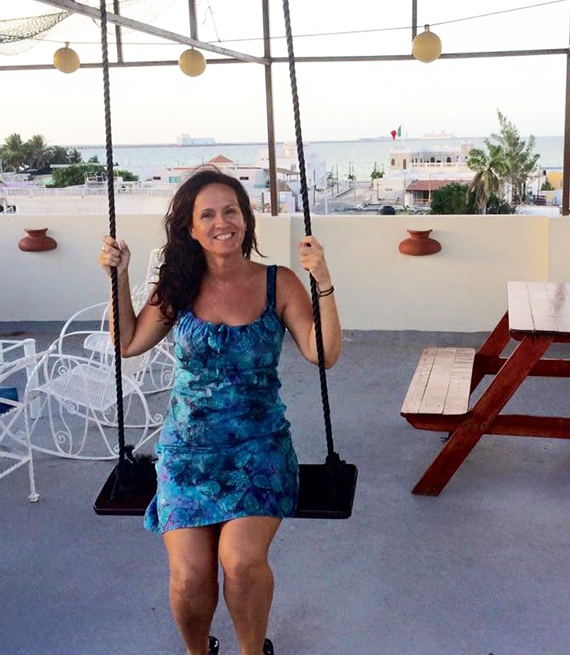 She has made friends with expats and locals alike and thrives on new experiences, even a minor surgery she recently had at a Spanish-speaking hospital.

"I don't laugh at people trying to learn English, so why was I thinking they would laugh at me trying to learn Spanish?” she says. “I had to get over that hump of being afraid and just using it, even if I make a bunch of mistakes.

"Sometimes people correct me,” VanGelderen says. “And sometimes they could care less because they know what I'm saying."

She says her grown kids admire her bravery, and she's gained more confidence than she ever would have imagined.

"I know people who said they would move to another country, but they never took the plunge because it's so far out of their comfort zone,” VanGelderen says. “I say, ‘But that's where all the fun is.’ “

Tanya Bricking Leach is a longtime journalist who lived in Croatia for a year and would like to retire there someday. She already has had anxiety dreams about trying to learn the language.

Many are able to stretch their pension dollars farther