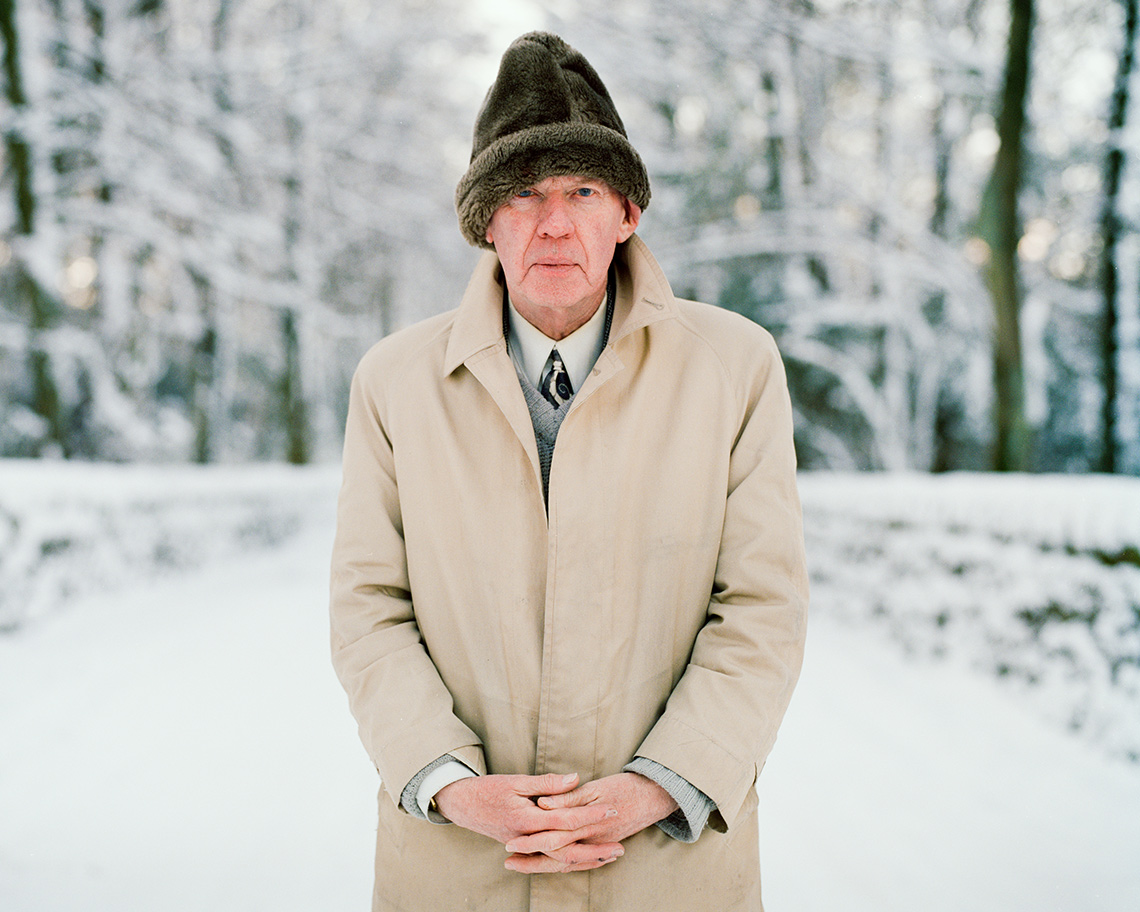 Caregivers witnessing a loved one suffer from Alzheimer's disease see painful changes every day: a vacant or confused look in their family member's eyes, clothes that don't quite match or that are worn day after day, grooming habits that suddenly take a turn for the worse. It is heartbreaking to watch the person before you change so drastically, both physically and in personality. Seeing this downward spiral occur in her own family inspired Gina Martin to award grants to visual storytellers documenting this devastating disease.

Martin, an account executive at National Geographic, launched The Bob & Diane Fund in June 2016 as a grant-making organization dedicated to promoting awareness of the condition and telling patients' stories through visual mediums. The grants are for $5,000, in recognition of the average amount that caregivers spend in a year to take care of a loved one with Alzheimer's.

The visual aspect brings a better understanding to people who are not exposed to Alzheimer's, because it grabs the heartstrings and makes people more empathetic, Martin tells AARP. "People think Alzheimer's is just memory loss, but it is so much more; it is about personality changes and about where it takes your family and the caregivers. That is where visual storytelling can help."

Martin's mother, Diane, was diagnosed with Alzheimer's in 2006 and died after battling the disease for five years. Diane’s husband, Bob, was her primary caregiver. He was her high school sweetheart, and they were married for nearly 50 years. Bob died just three months after Diane passed.

"One reason I named it the Bob and Diane Fund was to honor my father as well, as a caregiver. I want people to understand the pressure put on them," Martin says. "As much as we were worried about Mom, we worried about Dad more. My father was very committed to taking care of her, and it was a beautiful ending to their love story." 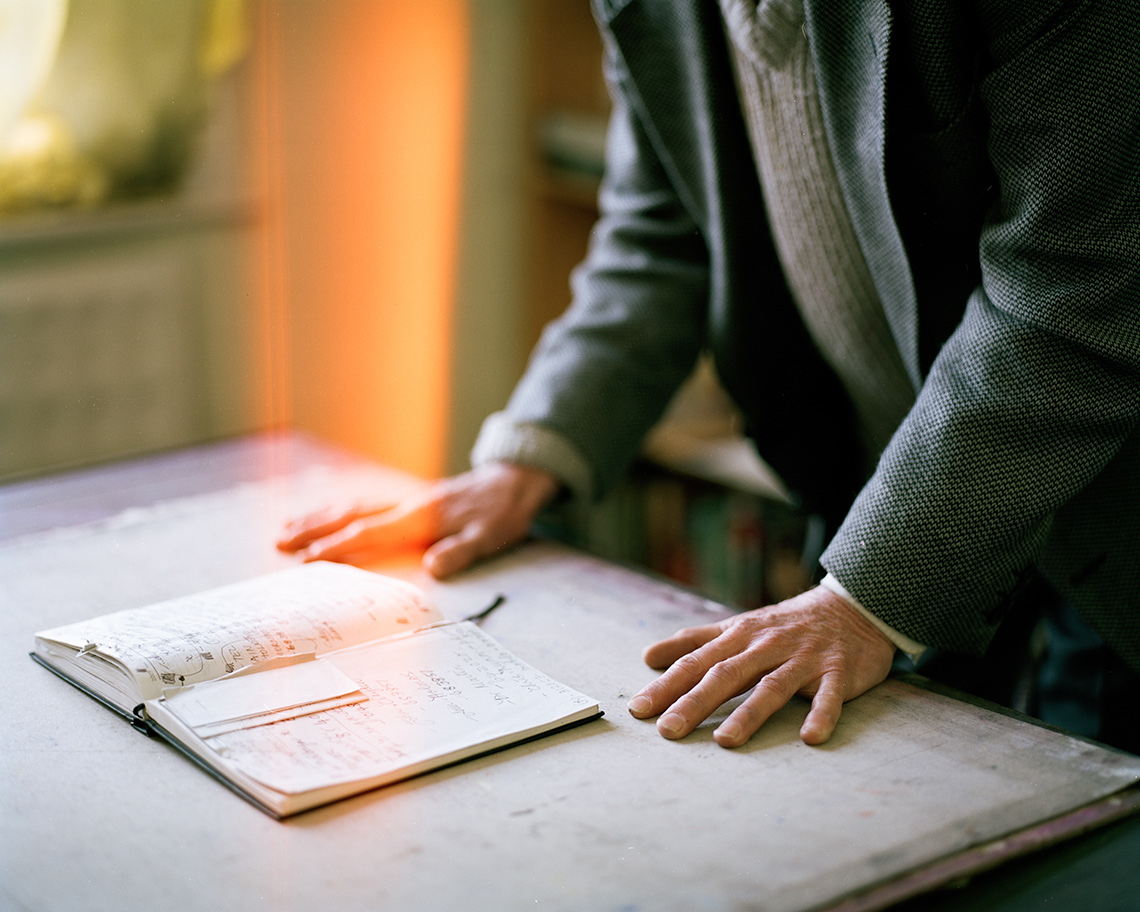 'Falling Into the Day'

The most recent grant recipient is British photographer Christopher Nunn, who received money for his work "Falling Into the Day," which was selected out of a pool of projects from 67 applicants from 22 countries. In addition to the cash grant, Nunn received a Sony Imaging camera and lens.

"I loved Christopher’s work; he has such a beautiful eye," Martin says. His photos documented how existence changed every day for one Alzheimer's sufferer, David Blackburn. The images, which Martin describes as delicate, simple and effective, show how Blackburn began to live a very solitary life, often blocking the outside world — in one instance by putting a stack of books in front of the door to his home.

"Visual storytelling or visual art is important because it can help others to gain an insight into something that they wouldn’t usually have access to, or perhaps develop an understanding of a subject in a different way to other sources of information," Nunn tells AARP. 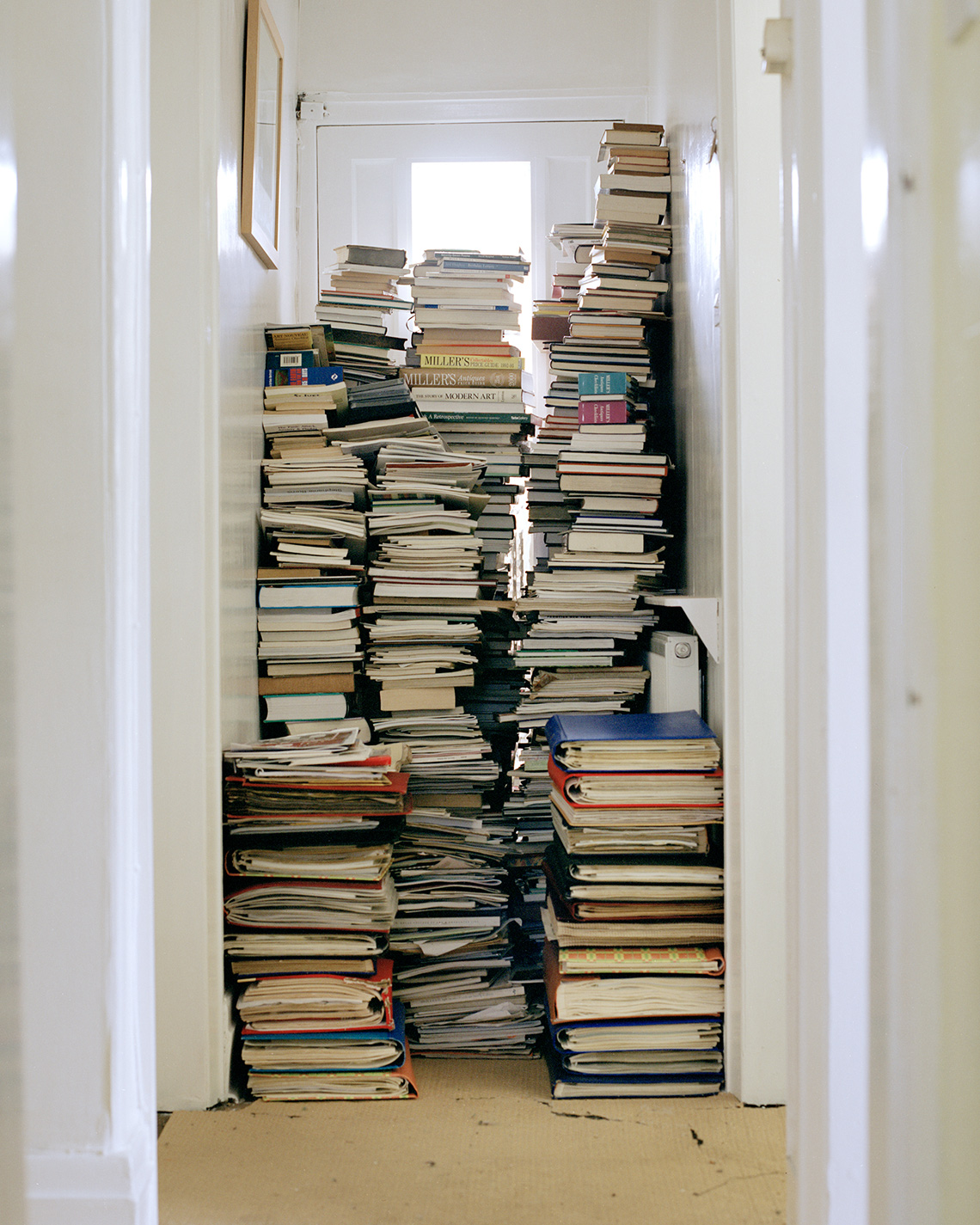 Blackburn started isolating himself from the world. This image, captured by Nunn, shows how he blocked his front door with books.

Blackburn and Nunn had known each other for many years, and "photographing him was something that happened slowly over time," Nunn explains. "He always enjoyed this process, and it became part of our friendship and how we would spend time together." Blackburn had been a painter and always liked the interaction and collaboration of making portraits. "I knew he was deteriorating due to his condition, and I felt it was important to keep going as long as I could."

"When his condition began to worsen, it became very upsetting and not pleasant at all," Nunn reveals. "Dealing with someone you know suffering from this illness is always difficult. I saw it with my grandmother and a few other people I knew. They slowly fade away, and you watch everything about them disappear. In the end they have no recollection of their life, of who they are or who you are. It’s a devastating disease." 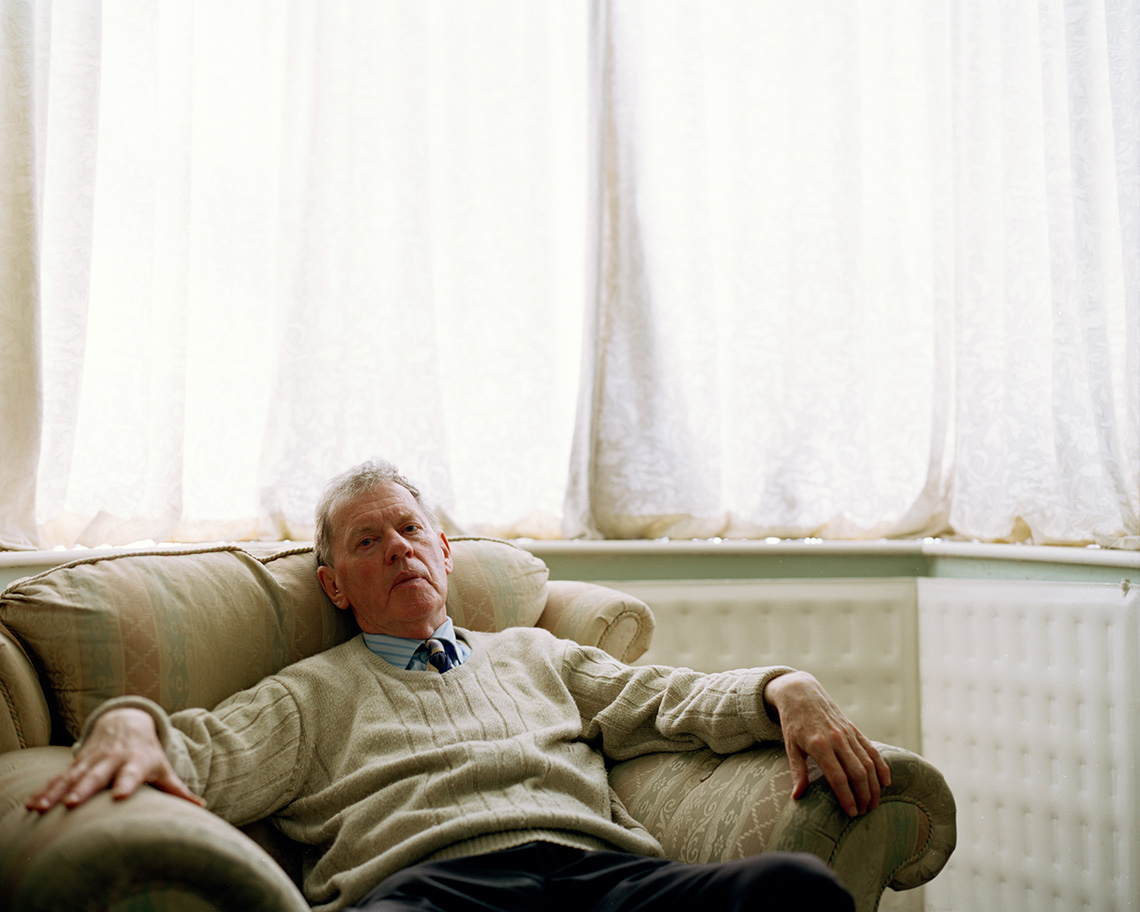 Watching Blackburn deteriorate over time was devastating, according to Nunn.

The grant money will help Nunn to publish the photo project as a book. He advises future applicants to the Bob & Diane Fund to tell their stories in the most honest and personal way they can. The fund accepts submissions from August to October and announces the winner in November, in honor of National Caregivers Month. Submissions can be photography, fine art or conceptual work, but they must be part of a preexisting project that can then be published or exhibited. The judging panel of photojournalists is also looking for a strong proposal to accompany the art, Martin says, so she advises applicants to edit their work carefully. Even one weak image can disqualify a submission.

Martin, who turns 50 this year, is receiving positive feedback when she goes to Alzheimer's events, and she hopes that the fund will continue to grow, including the grant size and, possibly, an expansion into sponsorships for students interested in documenting Alzheimer's. Though the ultimate goal of the Bob & Diane Fund is a world in which this disease is cured, Martin notes that Alzheimer's did have some positive effect on her life. "Alzheimer's is a devastating disease that brought our family closer. It made us appreciate our family and the commitments we had to each other."

More of Nunn's work is available at www.bobanddianefund.org or Nunn's website: www.christophernunn.co.uk. 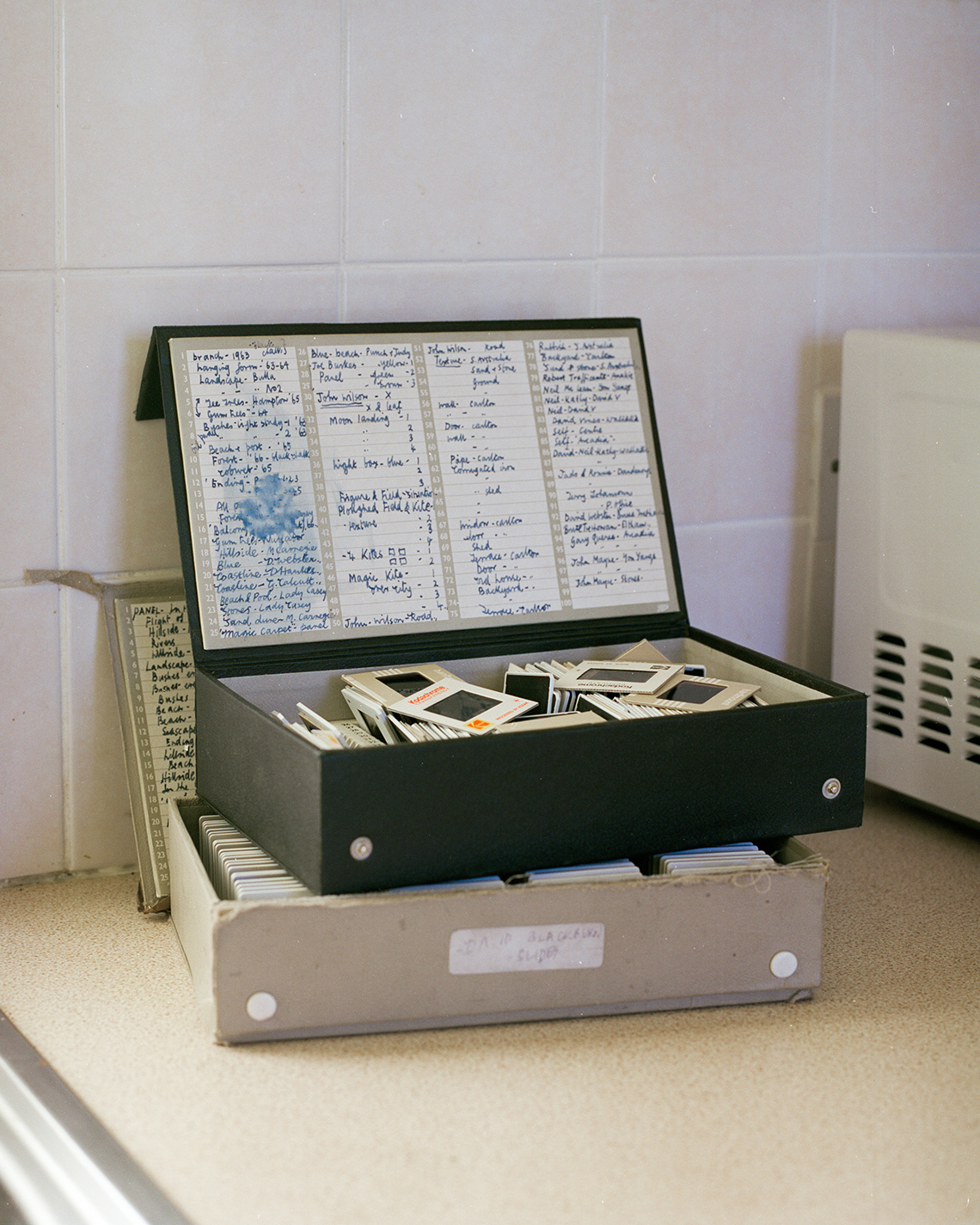 Visual storytelling can help people realize that Alzheimer's is about much more than memory loss, according to Martin.