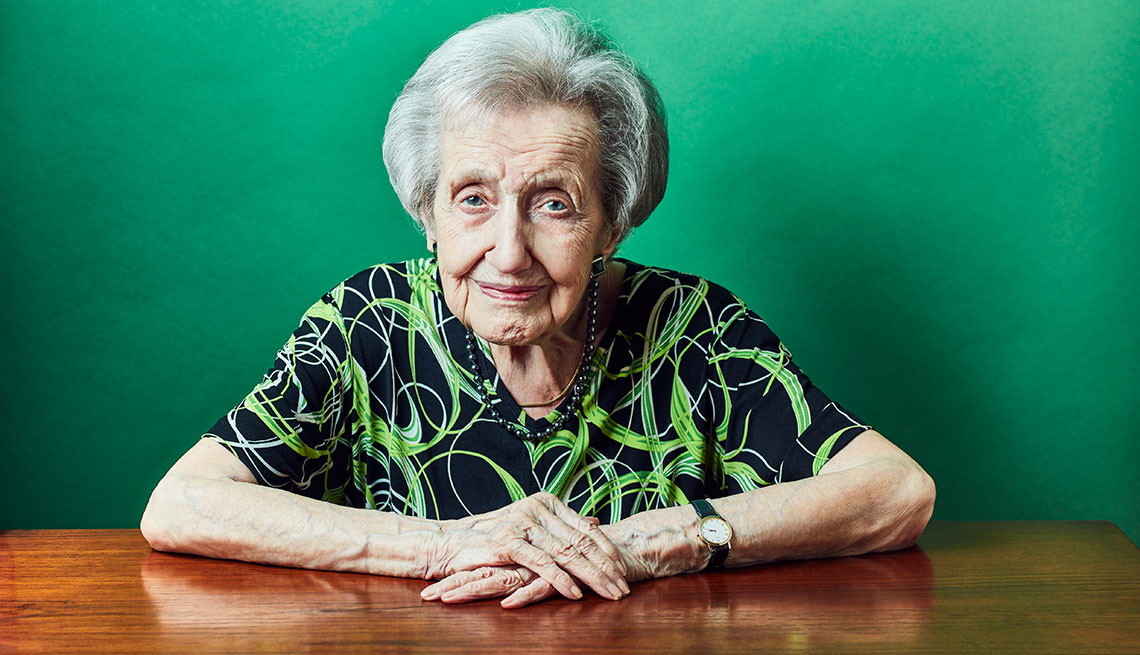 At 99 years old Brenda Milner continues to explore the mind and its relationship to people's behavior.

You're a preeminent neuroscientist, and a professor at Canada's prestigious McGill University. At age 99, what motivates you to keep up your research at the Montreal Neurological Institute and Hospital?

I am very curious. Human quirks attract my interest. If you're a theoretical person, you can sit and dream up beautiful theories, but my approach is, What would happen if or, Why is this person doing [that] and then, How can I measure it? I wouldn't still be working if I didn't find it exciting.

Are you curious in real life, too?

Yes. I'm a good "noticer" of behavior as much as the kind of furniture people have!

In the 1950s, you made a revolutionary discovery that memories are formed in a brain area called the hippocampus, which is now getting lots of attention for its role in memory loss and dementia. Has brain research gotten easier?

Nowadays, everyone has functional magnetic resonance imaging. Anybody with access to a medical school can get a good look at the patients' brain while they're alive and young, but it wasn't like that [then]. Psychologists were studying patients who were much older and beginning to show memory impairment. Then they had to wait for their patients to die.

But you were different?

I was privileged in having access to the kinds of patients I had. They were young adults of normal intelligence, in the prime of their lives. We were able to test them before and after surgery for epilepsy.

Was it frustrating waiting for your concept to be accepted?

Oh no, no. It was so exciting working with these patients and satisfying one's curiosity. But it was a bit annoying occasionally.

What led a young Englishwoman to brain science in the 1930s?

I started at Cambridge University in mathematics and decided that I wasn't going to be a great mathematician because I don't have enough spatial ability. I switched to experimental psychology, got married and came to Canada for one year  and I'm still here. I was very lucky in being at the Neurological Institute when this work was being done.

In World War II you gave aptitude tests to pilots. Do you feel you helped the war effort?

It was deciding whether these young recruits in the Air Force should be in fighter planes or bomber planes. The bomber pilots had to go very steadily over Germany and drop bombs. The fighters had to go up and tackle the bombers that were coming toward England. There are different kinds of personalities, different kinds of abilities. Of course we helped the war effort!

Did you hit roadblocks as a woman?

No. The roadblock was getting into Cambridge. All my competition was getting in and getting enough money. My mother was a widow and she didn't have much money.

What excites you now? Is it the brain itself or understanding people's behavior?

It's the relation between the two.

What do you do these days to keep your own brain sharp?

I don't think, Oh Brenda, you’ve got to sharpen your brain today. I do puzzles. I really am addicted to reading. I read whodunit stories. My father wrote for the Guardian newspaper, which was the Manchester Guardian then. I read the Guardian and the New Yorker very thoroughly. I get my exercise walking to work, and I love food. I like cheese and meat and fish and vegetables, fruit — everything except sweet things.

Your commute is a 10-minute, uphill walk?

Yes, and a downhill walk home. When you get older, you feel much more insecure walking downhill. I don't use a cane. Some years ago, I broke my leg. I don't have good motor skills, and I found the cane got twisted around my legs. I feel more secure without the cane, but now I am extra careful.

Do you ever think about retiring?

No. I'm very grateful that I don't have to. That's wonderful! Years and years ago, you had to retire at 65. Now age is not a criterion.

What would you recommend to keep one's brain healthy?