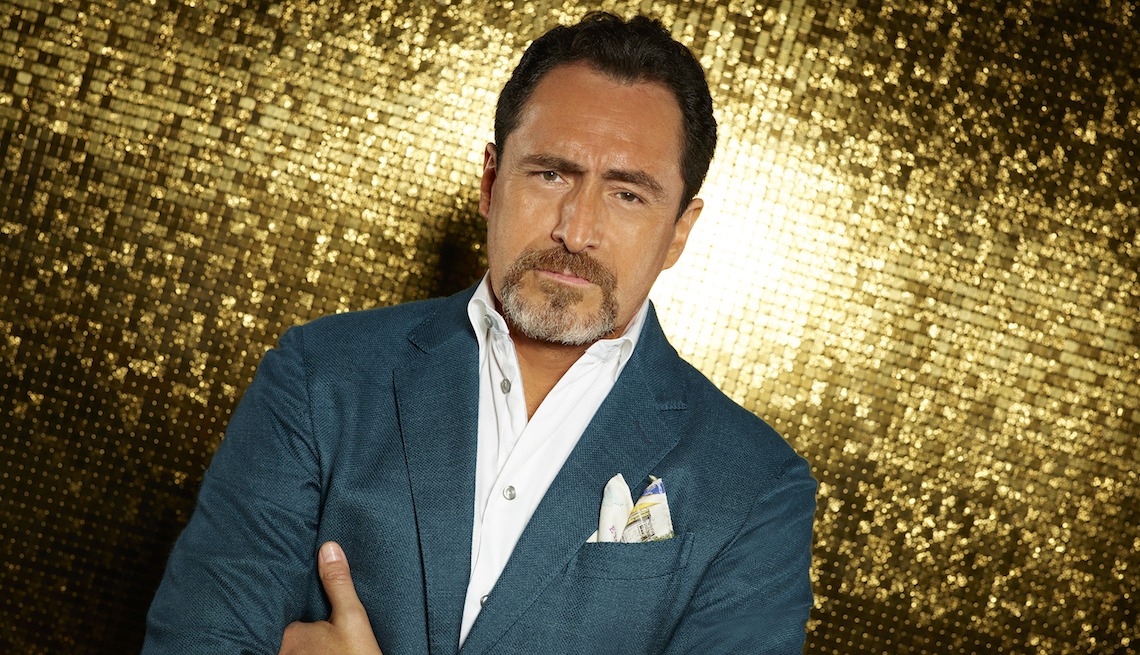 En español | In Grand Hotel (ABC, premieres June 17, 10 p.m. ET), a remake of a hit Spanish series, Demián Bichir, 55, plays the charismatic owner of the fancy, scandal-prone Riviera Grand Hotel (filmed at the renowned Fontainebleau Miami Beach). Even his character's name, Santiago Mendoza — a winking reference to two famous towns on either side of Argentina's Andes mountains — suggests that the show will be a sensual summer nighttime soap. “Only a few shows can make you feel good and, at the same time, enchant you with a rich variety of colorful characters,” says Bichir. “I think people will be drawn to our series naturally."

The Mexico-born star of Lebanese ancestry, who first broke out in bubbly Mexican telenovelas akin to Grand Hotel, is famous south of the border and familiar to U.S. audiences from major roles in Showtime's Weeds, FX's The Bridge, Quentin Tarantino's The Hateful Eight, and A Better Life, which nabbed him an Oscar nomination playing an undocumented immigrant L.A. gardener. His new show strikes a blow against cliched depictions of Latinos as gangsters, gardeners or undocumented immigrants (as Bichir once was himself). It's about a dynasty as glittery as Blake Carrington's, with some upstairs/downstairs Downton Abbey-like action and feuds informed by executive producer Eva Longoria's eight years on Desperate Housewives, which she has described as her de facto film school.

But Bichir's patriarch character has problems. Since he inherited the posh lodging after his first wife's death, he's in debt to loan sharks, and his kids can't stand his marriage to his late wife's best friend (Roselyn Sanchez), whose own daughters add more trouble to the stew. “This is my third time on American TV,” says Bichir. “I have never played a character like [this]. We have a unique opportunity to show the wonderful microcosms that live in a hotel, where all kinds of stories are told from top to bottom. Everyone matters. And everyone is part of the same ‘family.'”

Bichir gives all the credit for the show to Longoria, who in addition to serving as executive producer directs and acts in it, while mothering her 2-year-old (who's named Santiago, like Bichir's character) on set. “I love Eva,” says Bichir. “No one can say no to Eva. A powerful captain can lead a big ship into a happy port. She's superwoman. She's opened up a new opportunity for many Latin American actors."

The show's tone is worlds away from the darkness of Weeds and The Bridge, or Steven Soderbergh's Che: Parts One & Two, in which Bichir played Fidel Castro to Benicio del Toro's Che Guevara. “We combine all the elements that human beings experience in their lives,” says Bichir. “Life is dramatic, mysterious, sexy and funny. That's Grand Hotel."