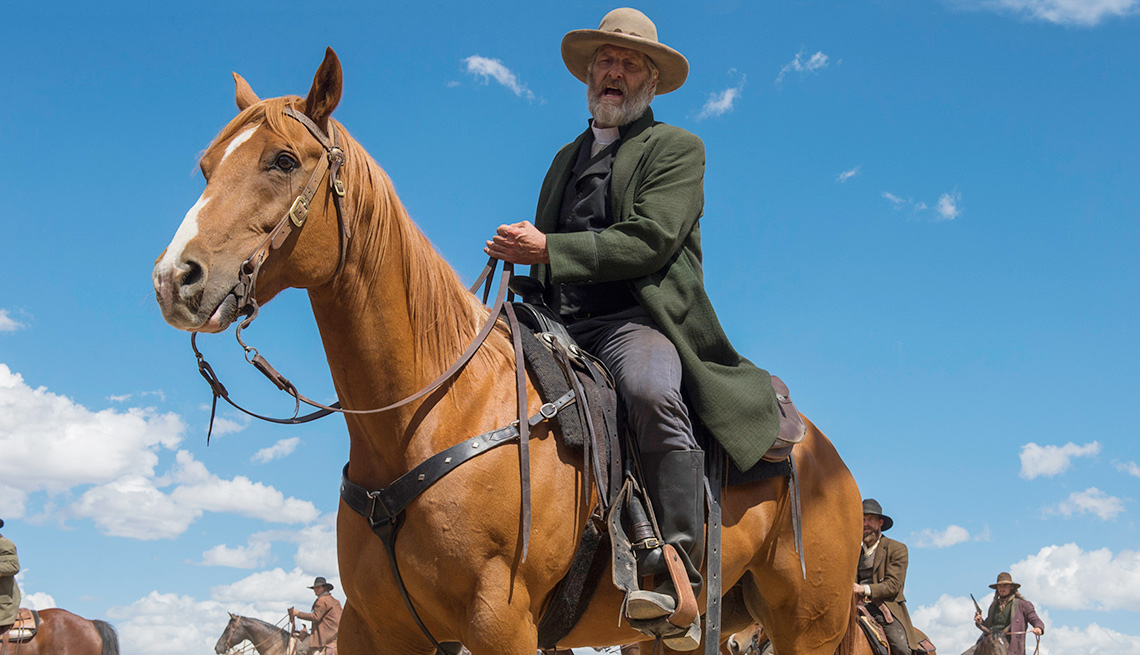 Jeff Daniels had hit a crossroads in his career — or as the star of the new Netflix Western Godless saw it at the time, a stopping point.

It had been nearly three decades since his well-received turn as Debra Winger’s cheating husband in the Oscar-winning Terms of Endearment, followed by equally acclaimed leading roles in Purple Rose of Cairo and Something Wild. And it had been almost 20 years since he played Harry Dunne, the dim-witted best friend opposite Jim Carrey, in the 1994 buddy comedy Dumb and Dumber. Yet despite years of continued work — while living in Michigan with his wife (who had been his high school sweetheart) and three kids — Tony-nominated roles on Broadway (God of Carnage, Blackbird) and a thriving theater company, he was growing increasingly frustrated by the lack of meaty roles coming his way.

That something else came in 2012, in the form of a once-in-a-lifetime role as gruff, conflicted anchorman Will McAvoy on an Aaron Sorkin HBO drama. “Newsroom brought me back,” says Daniels. “I was challenged again.”

Daniels reveled in the longer pace and in Sorkin’s masterful dialogue: “There is just more to play, more detail … You are shooting the novel; you’re not shooting a short story that has to wrap up in 110 minutes.” Critics loved seeing a different side of the actor, resulting in his two Emmy nominations and one statuette for best actor in a drama during the show’s 2012–14 run.

Doors opened — many, many doors. “I am busier now than any decade in my career. Unbelievable,” Daniels says. 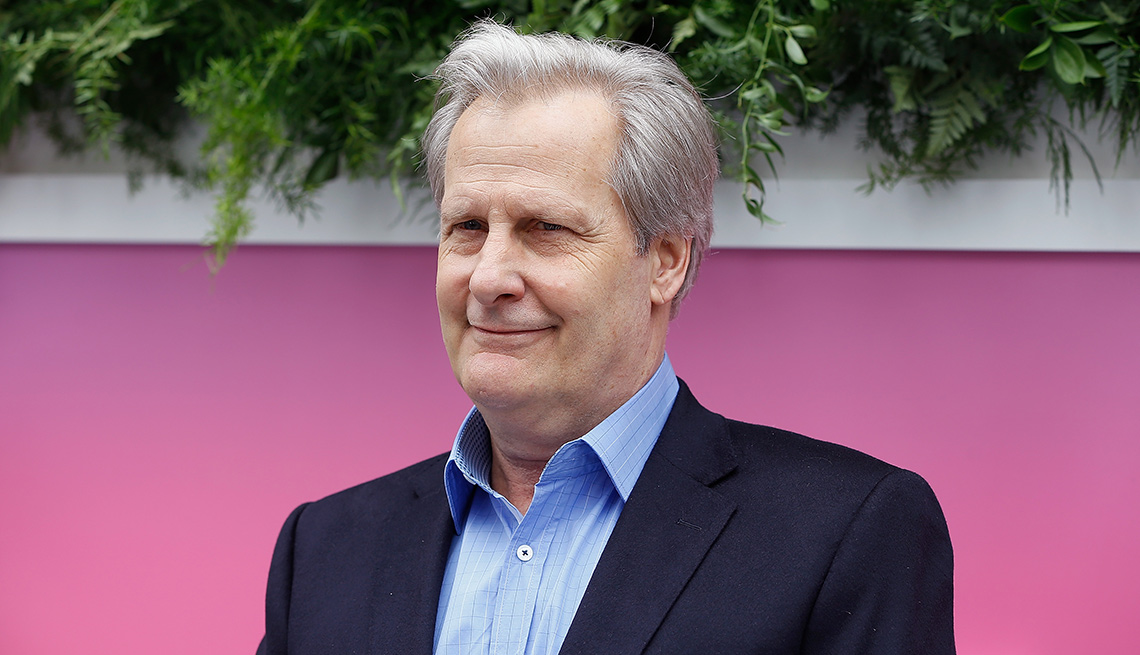 Jeff Daniels attended the 2017 Hulu Upfront in May.

“Everything I’ve done before and after Dumb and Dumber is about creating range — guys who are not going to eat at the same restaurant,” he quips. “I love trying to be as believable as Frank Griffin as I hoped I was with McAvoy.”

As characters go, the 1880s outlaw who terrorizes the American West while hunting down his partner turned enemy, Roy Goode (played by Unbroken's Jack O’Connell) is “at the top of the list for being dysfunctional.” For Daniels, the fun part of being Griffin — besides getting to play a shoot-’em-up cowboy, ride horses and literally become a one-armed bandit — was getting into his mindset. “Usually when you play bad guys, you find a way to where they believe they are right. I don’t think Frank knows he is right, but he knows what he has got to do to get things done — whether he has to shoot and kill you or kill a family in order to get to Roy Goode, he will do whatever he has to do.”

Daniels’ working streak shows no sign of ending. In January he plans to showcase a play he wrote called Flint, a reaction to the tragic water crisis in his home state, at his Purple Rose Theatre Company in Michigan; on Feb. 28 his 10-episode series about 9/11, The Looming Tower, on which he plays FBI chief John O’Neill, premieres on Hulu.

The actor waxes philosophical about growing older in the mercurial entertainment industry. “You look at athletes, and when their bodies can’t do what they used to do at the age of 35 or 40, depending on the sport, they are done," he observes. "But actors, we get better. We get smarter. It’s like you've been through grad school, the master's program — you’ve done all of that — and now in the last act of your life you get to use all of it. You didn’t have it at 35. You didn’t know what you were doing at 28. You’re in Terms of Endearment, hoping you don’t get fired because you don’t know anything.”

The same holds true for acoustic guitar, he says. “I am a much better player now than I was five years, 10 years, even 20 years ago. And I can still do it. If you look for things like that after 50, they are there. What they require is decades of wisdom on that subject and a command of the craft. That is what I’ve come to know now that I am 62. And it’s great.”