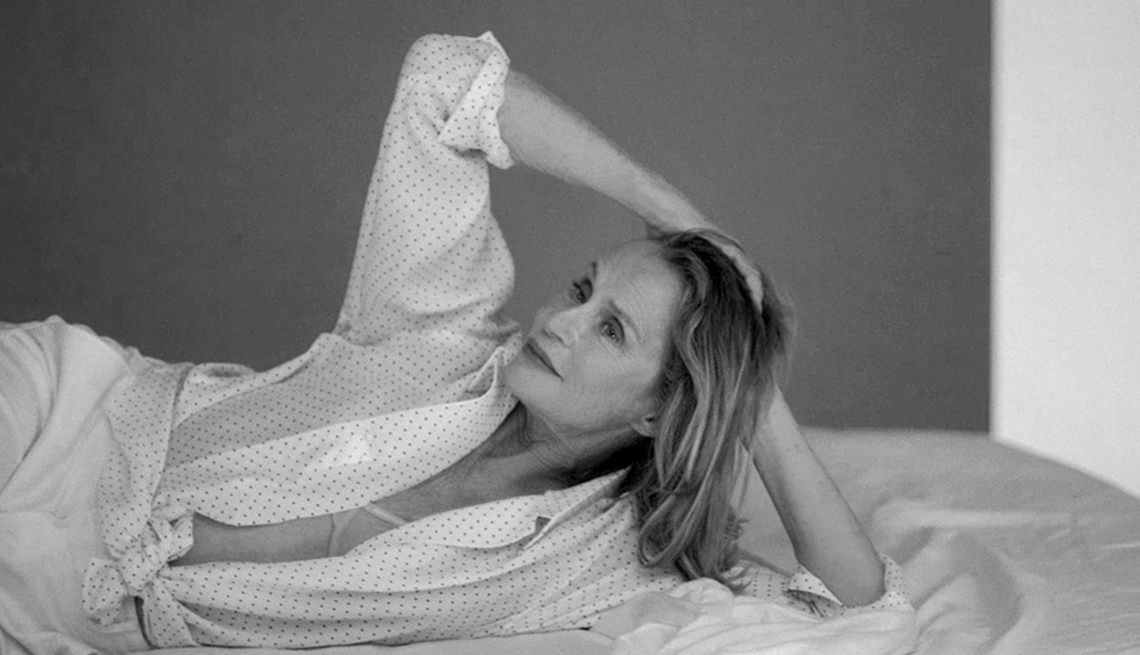 Calvin Klein has enlisted 73-year-old model and actress Lauren Hutton to star in its latest underwear campaign. Hutton appears in the campaign wearing an open blouse and a bra. At the end of the ad comes the slogan: “Calvin Klein, or nothing at all.”

In a video that accompanied the campaign, Hutton relates a lighthearted story about quickly walking across a courtyard to avoid advances from men. She says she finally agreed to join one for a ride in his pickup truck.

The fashion house says Hutton was handpicked for the campaign by director Sofia Coppola, who is in charge of the promotion. Calvin Klein says Hutton has been friends with Coppola's family for more than 30 years.

Other participants in the ad include actresses Rashida Jones and Kirsten Dunst.

Hutton is just the latest older woman to star in an ad campaign. Last year, department store Harvey Nichols made headlines by selecting 100-year-old model Bo Gilbert to star in its glossy Vogue ad. And Iris Apfel became the new face of two brands last year at the age of 94: Australian fashion label Blue Illusion and the new DS 3 care in the UK and France.