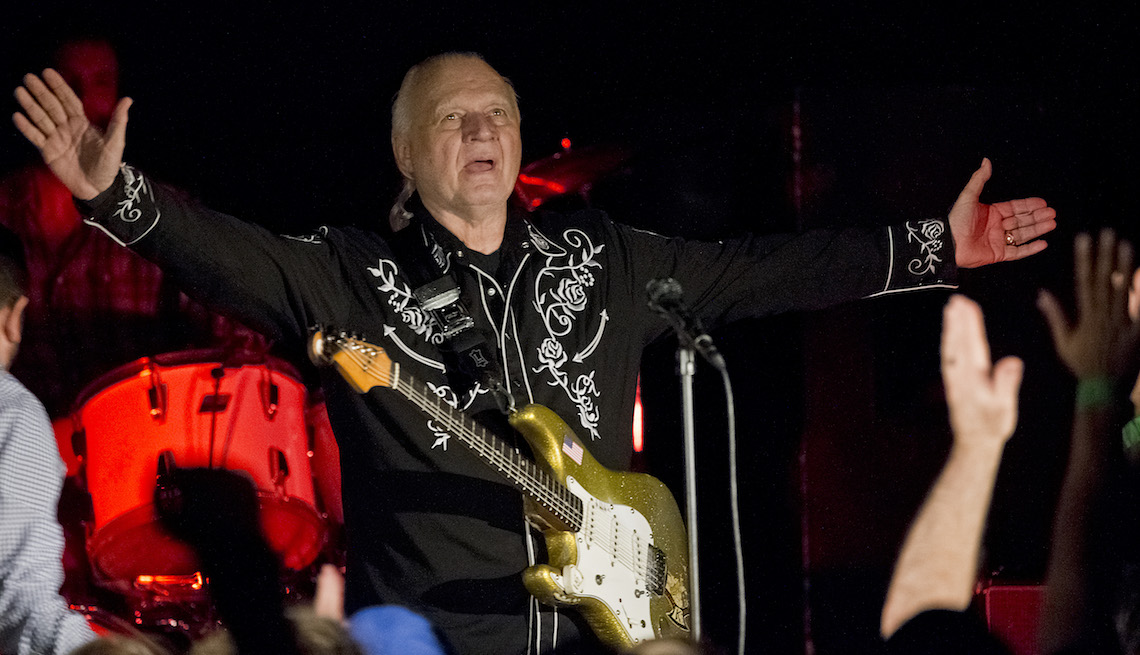 Dick Dale, 81, the King of the Surf Guitar who inspired the Beach Boys, Jimi Hendrix and Van Halen, died March 16. He suffered from diabetes, kidney disease and rectal cancer, which struck him in the 1960s and recurred in 2008, though it did not deter him from a grueling live-performance schedule.

Dale kept recording and touring, despite chronic pain. “I can’t stop touring because I will die,” he explained to the Pittsburgh City Paper in 2015. “I have to raise $3,000 every month to pay for the medical supplies I need to stay alive, and that’s on top of the insurance that I pay for.” He’d rather have spent his time at home with his wife and manager, Lana, who has MS.

Dale’s medical-cost dilemma is sadly common. By 2024, 36 percent of Americans age 65-69 will be working (up from 22 percent in 1994), says the Bureau of Labor Statistics, and soaring medical costs are one big reason. Almost 1 in 4 Americans skip medical treatment to save money, and 31 percent of older adults with high-need conditions do so — compared with five percent or less among residents of France, Norway, Sweden and the United Kingdom.

"I can't stop touring because I will die."

But Dale didn’t make music exclusively to pay medical bills. He also felt responsible to inspire his ailing fans. “We make fun of [health issues],” he told Billboard. “I can tell ‘em how much goddamn pain I’m going through … I let them know, I’ve got the same crap you’ve got.”

His signature song, 1962’s “Misirlou,” an old folk tune about an alluring Egyptian girl that he learned from his Lebanese immigrant father and turned into a sped-up, staccato instrumental he played on a guitar named “the Beast” with an amp so loud it sometimes caught fire, was repopularized by its use in 1994’s Pulp Fiction. “Having ‘Misirlou’ as your opening credit, it’s just so intense,” said director Quentin Tarantino. “It just throws down a gauntlet that the movie now has to live up to.”

As Dale said in 2015, “I met a man who was sick and dying, and [he] said, ‘Dick, you’re my idol and I plan to outlive these hospice workers if I have to, but I will be at your show.’ And he was. I get that. Because I was told 20 years ago that I wouldn’t live much longer, but here I am. I believe our maker has kept Lana and I alive to give hope. We’re like Johnny Appleseed, crossing the country and sowing the seeds of survival.”