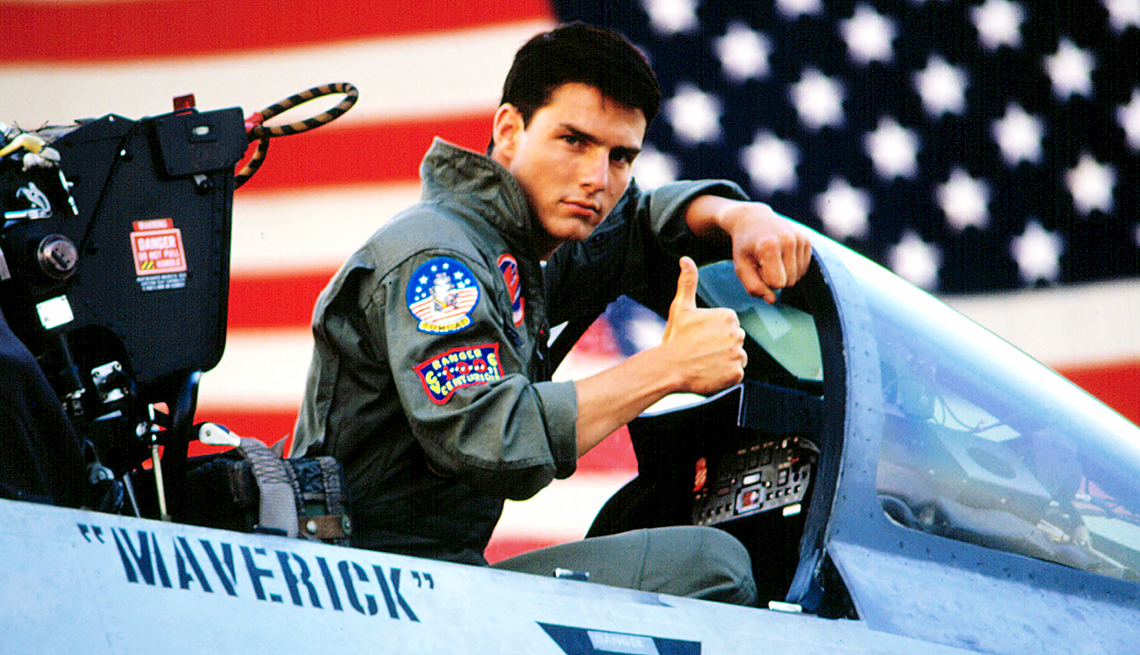 Tom Cruise starred in "Top Gun" in 1986, which launched his career.

Unless Tom Cruise’s mouth is writing checks his butt can’t cash, Top Gun 2 will soon be flying into theaters. Appearing on an Australian morning talk show this week to promote his summer film, The Mummy, the 54-year-old star stunned the hosts by revealing that the long-rumored, long-awaited sequel to the 1986 smash hit original will start shooting “probably within the next year.”

“It’s happening,” he added as the flabbergasted hosts, who had clearly anticipated a more disappointing response, gasped in delight. “It’s definitely happening.”

Pressed for more information and details on the sequel, Cruise went coy, turning and burning to another topic. But the abrupt and unexpected revelation prompted a social media celebration from fans, many of whom have been feeling the need — the need for more speed (and a Top Gun follow-up) — for more than 30 years.

Cruise was just another promising young actor, known mostly for dancing in his underwear in Risky Business, when the original Top Gun — in which he played impossibly cocksure Navy pilot Pete “Maverick” Mitchell — hit theaters in the summer of 1986. The movie’s runaway success (it was made for $15 million and took in more than $350 million at the box office) turned him into a global superstar and one of the most bankable movie actors of all time.

Rumors of a sequel have floated for years, but they gained new steam early last year when Jerry Bruckheimer, who produced the original, tweeted out a photo with Cruise and the message: “Just got back from a weekend in New Orleans to see my old friend @TomCruise and discuss a little Tope Gun 2." But that burst of buzz had died down in the 18 months since, until the actor took to the Aussie airwaves to make the big announcement.

Given the changes in combat aircraft over the past 30 years and Cruise’s unwillingness to share any plot details, fans had some ideas of their own.

“Top Gun 2 is just three hours of maverick sitting in a windowless room staring at a monitor showing the feed from a drone camera,” one Twitter user posted.

Whatever Top Gun 2 is about, and whenever it arrives, moviegoers are clearly ready to be its wingman — anytime.