Young love provides the framework for About Time, the latest movie from writer-director Richard Curtis (Notting Hill, Love Actually). But the heart of the film is a story about a boy, his father and the greatest gift they can give each other: their time. 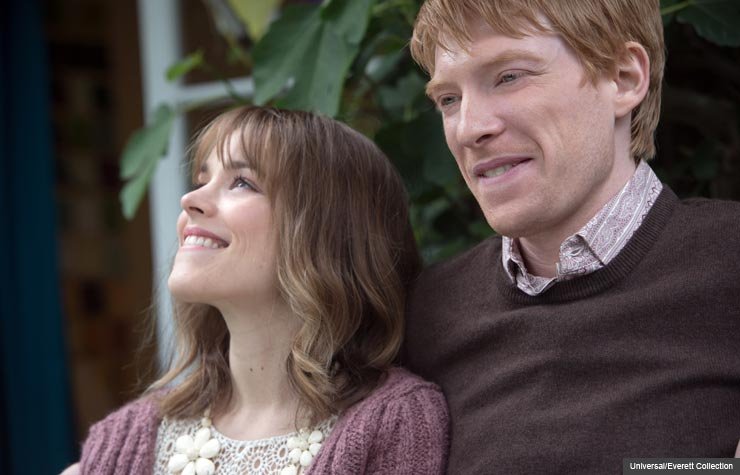 Tim (Domhnall Gleeson) is an awkward young man who's understandably startled when his father (Bill Nighy) sits him down one day and announces that "the men in our family can travel in time." It's a silly line, but it's essential that we buy it — otherwise the rest of the movie won't work at all.

Nighy, the late-blooming star of whom I just can't get enough, sells it with just the right mix of deadpan seriousness and arched-brow irony. As soon as the words leave his lips, we're totally into this.

Tim uses his newfound talent to land the girl of his dreams, of course. And very early on, he learns that time travel is not without its complications.

But this is not The Terminator, nor even Back to the Future. The unintended outcomes of Tim's extra-chronological excursions are mostly minor, and the ways in which he tries to capitalize on them are always noble — largely thanks to calm guidance from Pop.

As a good father, Nighy is less interested in how Tim manipulates time than in how he spends it. And that's the ultimate charm of About Time: The father's almost apologetic presentation of the family secret — and his gentle encouragement as his son comes to grips with it — mirror the more mundane challenges and semi-suppressed histories most families share.

As he has in his previous films, Curtis takes a potentially soapy premise and applies just enough sandpaper to its bubbly edges. Women will drag the men in their lives to see About Time, but they should pack extra tissues for you-know-who.